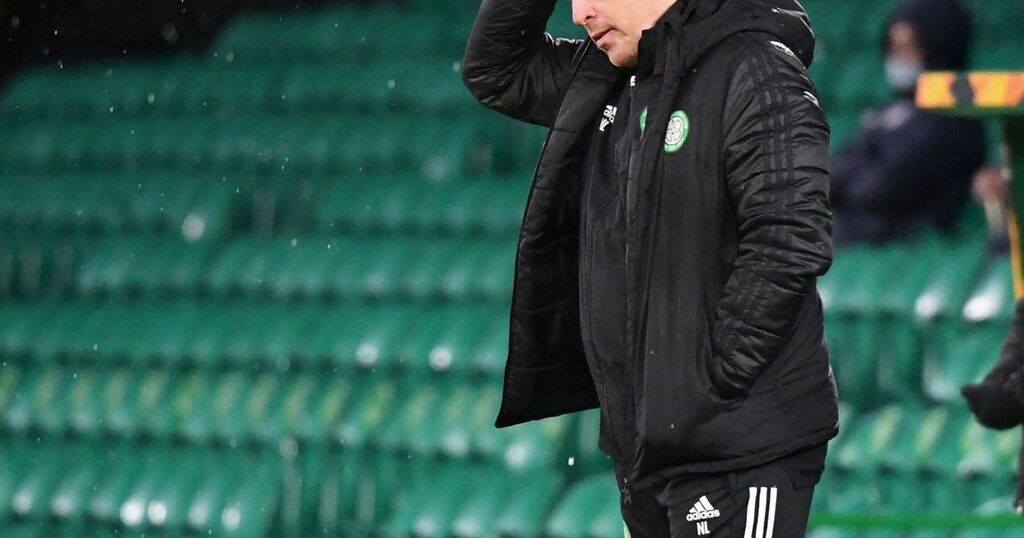 Neil Lennon is set to face Celtic fans for first time since his bitter departure during his second stint in charge at Parkhead.

Lennon is appearing at a lunch with his ex-teammate Paul Lambert, but the event has faced a backlash from some supporters.

The afternoon is being held by 1st Star Events, who host events featuring former Celtic players "organised by the players - for the fans."

The description says the event will include "beer and burger, VIP meet and greet, interview and Q&A with the legends, raffle and auction".

But there's been criticism from some Hoops supporters, who reckon Lennon's appearance at a Celtic supporters event has come too soon due to being at the helm during the catastrophic failed 10-in-a-row bid.

Fans have suggested there's a "lack of self awareness" from Lennon to appear at an event of this nature so soon after his departure.

On the 1st Star Twitter page post advertising the event, @Celtic67Champs summed up the general mood saying: "Lennon? Aye good luck with that."

And @ctorley added: "Neil Lennon clearly has no sense of self awareness... this is way too early if he thinks the fans will go to this and expect to be welcomed. Maybe in a few years, but not now."

In June, Lennon admitted his final season at the club was "joyless" as he hit out at at a "new breed" of fan who protested furiously.

The season started with the Parkhead club going for 10 Premiership titles in a row but the season quickly went off the rails.

Celtic's domestic dominance was ended by a meek League Cup defeat to Ross County, sparking angry protests outside the stadium.

Lennon remained in situ until February but walked away after another defeat to the Staggies and Rangers officially wrapped up the title just weeks later.

Lennon told The Times : "Speaking to the players the next day (after the League Cup loss) they were really disturbed and upset by that.

"Literally upset by it. That was the first cup defeat in 35/36 games. It was the end of an unbelievable cycle of success and for them to be treated that way was bewildering. They should have been lauded for it rather than abused.

"They were getting pelted with missiles. It was very sad. There was a new breed of supporters that I had nothing in common with and who belie the values of the club.

"They are the ones that are giving the club a bad name.

He added: "Considering in December we had just finished off another treble, two months later you are out the door.

"The whole thing seemed joyless. There was no credit it for it. It was just 'yeah Celtic have won another treble, move on'. There was a lack of joy around the place and that was really difficult."

Paul Lambert previously leaped to the defence of his old Celtic teammate Lennon and claimed some have gone overboard in their criticism of his managerial tenure.

In November, he told the East Anglian Daily Times : "You know what, Celtic Football Club is a worldwide organisation and you’re only as good as your last pass.

"You could have 100 great passes and then if the last one is a nightmare, that’s the one you’re remembered for.

"Lenny has won everything in sight. The criticism is way over the top and it’s not right."

The afternoon with Lennon and Lambert is being held at DoubleTree by Hilton Hotel at Glasgow Central on Sunday, October 10.

A standard ticket, which includes a burger and a bottle of beer, will set you back £30 - while a 'VIP ticket', which also includes a photo opportunity, is £40.