Delegations from the two Nordic countries have returned home with documents detailing Turkey’s concerns, like information on terror groups, after a visit this week and Ankara is awaiting their answers, Foreign Minister Mevlut Cavusoglu said.

Sweden and Finland submitted their written applications to join NATO last week. The move represents one of the biggest geopolitical ramifications of Russia’s war in Ukraine and could rewrite Europe’s security map.

The countries’ membership bids require support from all NATO countries, but Turkey, which commands the second-largest military in the alliance, is objecting to them. It has cited alleged support for Kurdish militants that Turkey considers terrorists and restrictions on weapons sales to Turkey.

Cavusoglu said that “an approach of ‘we’ll convince Turkey in time anyway, we are friends and allies’ would not be correct.” He insisted that “these countries need to take concrete steps.”

He added that “we understand Finland and Sweden’s security concerns but ... everyone also needs to understand Turkey’s legitimate security concerns.” Turkey was requesting that NATO include combating terrorism in its “Strategic Concepts,” the minister said.

Turkey's top diplomat was speaking in a joint news conference with his Polish and Romanian counterparts in Istanbul.

Polish Foreign Minister Zbigniew Rau said: “There is no doubt that we do need the accession of Sweden and Finland to the NATO alliance in order to make it stronger.” Romania’s foreign minister, Bogdan Aurescu, agreed, saying their membership would “consolidate the collective defense and our security.”

Turkey this week listed five “concrete assurances” it was demanding from Sweden, including what it said was “termination of political support for terrorism,” an “elimination of the source of terrorism financing,” and the “cessation of arms support” to the banned PKK and a Syrian Kurdish militia group affiliated with it.

The demands also called for the lifting of arms sanctions against Turkey and global cooperation against terrorism. 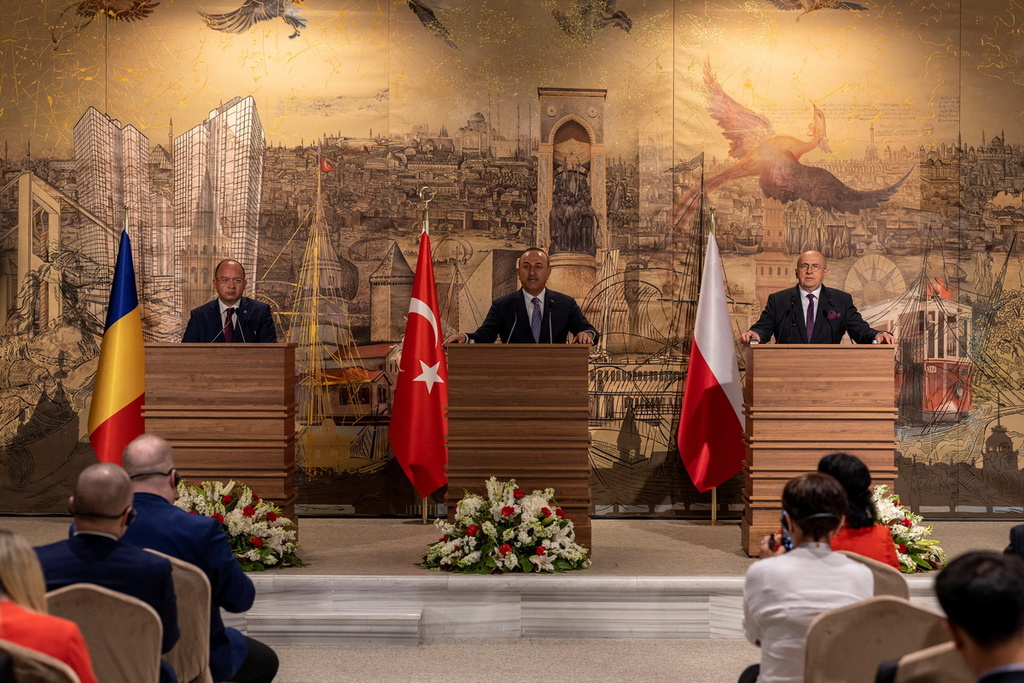 Turkey's talks with Sweden, Finland made little progress on NATO concerns -sources
Talks between Turkish officials and delegations from Sweden and Finland have made little headway overcoming Ankara's objections to their NATO…

Reuters
One subscription that gives you access to news from hundreds of sites
Delegations from Sweden, Finland Hold NATO Talks in Turkey

Sweden and Finland applied to join Nato earlier this month