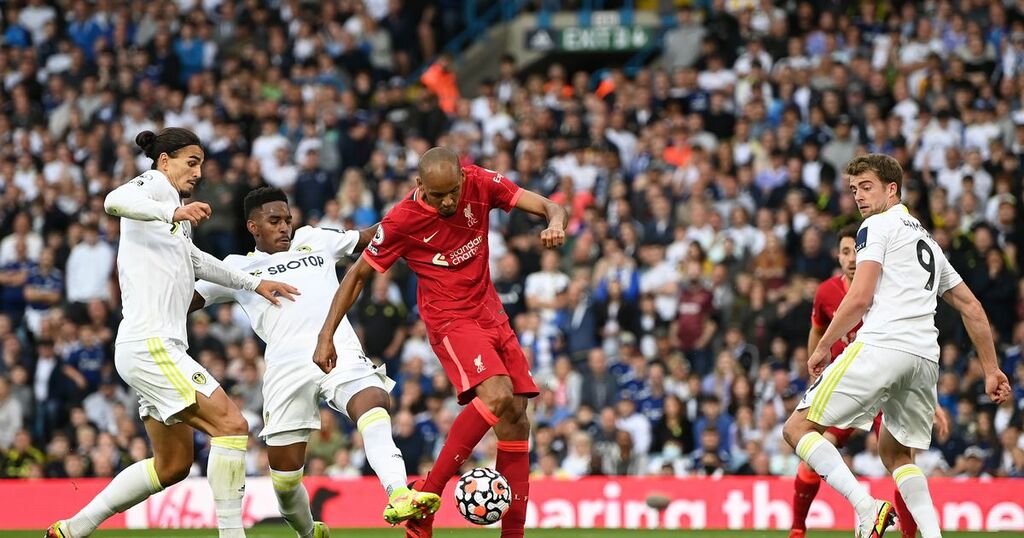 Leeds United fell to a chastening 3-0 loss to Liverpool yesterday. Liverpool's Harvery Elliott suffered a horrible ankle dislocation after a challenge from Pascal Struijk, which marred the occassion and saw the Leeds centre back sent off but Liverpool had been firmly on top and 2-0 up before the red card.

After a good start in which Rodrigo had a glorious chance to put The Whites 1-0 up, Leeds faded badly and Liverpool took control, with Mo Salah and Trent Alexander-Arnold rampant on the right.

As well as losing Struijk to a red card, Leeds also had Diego Llorente leave the field with a hamstring injury and face playing their next run of games with only one fit senior centre back.

Here is what the national media had to say about the game:

'Too much cheap surrendering of possession'

Louise Taylor of the Guardian highlighted how often Leeds turned over the ball to their opponents, laying the groundwork for their own downfall.

"While there was much to admire about Leeds’ attacking courage and bloody-minded refusal to fold in the face of superior opponents, there was also far too much cheap forfeiting of possession on the part of a home side whose visit to Newcastle on Friday night has now assumed unexpected importance."

"Liverpool’s joy turned to shock and sorrow after Struijk’s tackle on Elliott. Caught by the accelerating defender as he raced into the Leeds half, Elliott collapsed in evident agony, leaving Salah covering his eyes and clearly fearing the worst after seeing how grotesquely the joint was distorted.

"After protracted treatment Elliott was stretchered off, bravely raising his hands to clap the Liverpool fans. By then Struijk had departed, a VAR review having confirmed Craig Pawson’s initial instinct to send him off.

"From certain angles the challenge looked benign and well before the final whistle Pawson’s ears must have been ringing with the critical chants of “Who’s the scouser in the black?” from home supporters. They were briefly distracted by Daniel James’s debut but making his bow from the bench as part of a 10-man team will not have been exactly what the Wales winger had in mind as he arrived from Manchester United for £25m on deadline day. James’s day will come but this was not it."

She concluded her report, saying, "Elland Road had received a sobering reminder that the line between formidable and fragile can all too easily become blurred."

'Margin of victory was no more than Liverpool deserved'

In the Telegraph, Jason Burt highlighted the ease in which Liverpool opened the scoring after Leeds' good start.

"Given the intensity demanded by head coach Marcelo Bielsa, the fervour of the home fans and the way Leeds tried to get at Liverpool, they were curiously passive as they fell behind. They stood off and Thiago Alcantara cleverly picked out Joel Matip, who strode forward. Under no pressure, Matip picked out Salah, who returned the ball to the centre-half. Still no pressure, so Matip swept a pass wide to Trent Alexander-Arnold, who fired in a low cross that was guided home by Salah."

Burt highlighted that this was more than a poor performance for Leeds though, but part of a run of poor form which has put the club in a position they didn't want to be in at this early stage of the season:

"Leeds nursed their own sense of grievance, directing their frustration at referee Craig Pawson over some of his decisions, but the reality is that after four league games they are yet to win and are only a point outside the relegation places. At times they were far too open and the margin of the victory was no more than Liverpool deserved."

The BBC's Phil Dawkes wrote, "There is always an edge, a feisty atmosphere fashioned by the visit of one of English football's elite to the home of a side with a proud history of their own - and aspirations to add to it.

"These are the games Elland Road has most missed in the 16 years Leeds spent outside the Premier League and last season's fan-free affair. This was fittingly played out to a vibrant and hostile wall of noise."

However, he agreed with the other writers that Leeds were well beaten by their opponents:

"Salah, Mane and Diogo Jota led the Leeds defence a merry dance throughout, threatening to run riot in a fascinating encounter packed with as many glaring misses as gloriously intricate attacking play, largely from the away side.

"Rodrigo's failure to convert from 15 yards was bad, but Mane's scoop over the bar from point-blank range at 1-0 was the pick of a woeful bunch of finishes.

"Fabinho's effort gave Liverpool complete control, but their immediate quest for further goals was undermined by the injury to Elliott, with the gravity of the situation quickly becoming apparent after Struijk had slid in to win the ball."