Ever since childhood, we were all told to never play with fire. Despite it being relevant to our everyday lives, including heating our homes and water, cooking our food, producing electricity, and more, fire is extremely dangerous.

We were all indoctrinated more with how to put out fires instead of how to start one. We’ve all been told about its destructive properties if mishandled, and that fire needs to be controlled. One of the perks of adulthood, and especially being a scientist, is you get paid to play with fire.

Despite fire’s complexities, there’s still a lot we don’t know about its behavior. With more and more of humanity traveling to space and living in microgravity, it’s important to learn about how fire behaves in this unique environment to better prepare ourselves for worst-case scenarios. But what if we could also control the fire so it’s not as dangerous and less destructive to the environment back here on Earth?

To gain a deeper understanding of combustion phenomena, a team of investigators from academia, NASA’s Glenn Research Center and the agency’s Biological and Physical Sciences Division, and other organizations recently completed a series of investigations on the International Space Station (ISS). The in-orbit testing for the Advanced Combustion via Microgravity Experiments, or ACME, project began in 2017 and included six successful investigations of non-premixed flames of gaseous fuel.

“A microgravity environment enables researchers to explore flame behavior without the influence of gravity, so they can investigate the underlying physics behind flame structure and behavior,” said Dennis Stocker, ACME Project Scientist at NASA Glenn. “That knowledge can help designers and engineers here on Earth develop furnaces, power plants, boilers, and other combustion systems that are more efficient, less polluting and safer.”

The six ACME experiments were:

6. Burning Rate Emulator (BRE) — Demonstrated materials can burn for minutes in the absence of airflow in crew vehicle atmospheres being considered for future missions.

4. Cool Flames Investigation with Gases (CFI-G) — Resulted in non-premixed cool flames of gaseous fuels without enhancements, such as heated reactants, pulsed plasmas, or ozone addition, that have been required in ground testing.

1. Structure and Response of Spherical Diffusion Flames (s-Flame) — provided data on flame growth and extinction for the improvement of computational models.

The experiments were conducted with a single modular set of hardware in the space station’s Combustion Integrated Rack (CIR). The tests were remotely commanded from NASA’s Glenn ISS Payload Operations Center in Cleveland.

“Over 1,500 flames were ignited, more than three times the number originally planned,” said Stocker. “Several ‘firsts’ were also achieved, perhaps most notably in the areas of cool and spherical flames.”

Stocker said about 50 personnel from NASA Glenn, academia, and ZIN Technologies, Inc. supported ACME during four and a half years of in-orbit operations. In addition, more than 30 crew members from six countries played an essential role in setting up the hardware for each investigation and replacing gas bottles, igniter tips, and other experiment-specific hardware as needed.

The ACME hardware has been removed from the CIR to make room for the Solid Fuel Ignition and Extinction, or SoFIE, hardware that launched in February 2022, which is the next step in NASA’s in-orbit combustion research. The ACME hardware is scheduled to return to Earth in the coming months with the intent to launch again to the space station with future experiments.

Fire isn’t the only thing that is affected by microgravity, as weightlessness has been long known to cause numerous physiological biochemical changes to the human body, including bone loss, muscle atrophy, shifting of fluids to the upper extremities, and cardiovascular deconditioning (i.e., changes in the structure of the heart and blood vessels).

No one knows about this better than NASA Astronaut Scott Kelly, who spent 340 days in space onboard the ISS starting in March 2015. While his twin brother Mark stayed back on Earth so the two could be studied separately, Scott sent routine samples of his blood, urine, and feces back to Earth via returning astronauts.

Scott’s samples showed many genetic changes, including structural changes to his chromosomes. While 91 percent of Scott’s genes were back to normal after six months back on Earth, nine percent remained in space mode, which included his immune system staying on high alert. His mental abilities had also declined from preflight levels, with short-term and logic tests indicating he was slower and less accurate.

This was both an important and historic study since humanity is hoping to send astronauts to Mars in the coming years, and the astronauts will have to spend longer time in weightlessness than Scott did onboard the ISS. The more we can learn about working and living in microgravity, whether it be human or non-human research, the better off future astronauts will be on future missions.

What else will we learn about microgravity as humanity continues to venture farther out into the cosmos? Only time will tell, and this is why we science!

This article was originally published on Universe Today by Laurence Tognetti. Read the original article here. 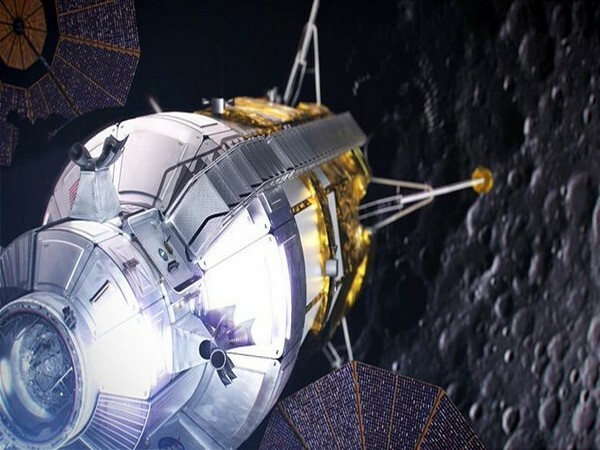 Launch of CAPSTONE to evaluate new orbit for NASA's Artemis Moon Missions
The first leg of NASA's CubeSat mission to the Moon has been successfully completed in space. It was built to…

CAPSTONE is about the size of a microwave oven, but it’s blazing a trail for Artemis and NASA’s next crewed…

Elon Musk has depicted himself as a foe of climate change, but a new study undermines that claim