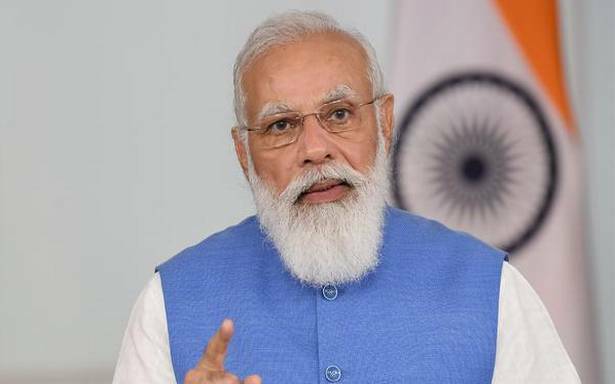 The Union Council of Ministers met at the auditorium of the Rashtrapati Bhawan for what is being termed a “Chintan Shivir”, or brainstorming session, where Prime Minister Narendra Modi told the Ministers, many of whom are first-timers, to stress on simplicity in terms of lifestyle, best practices of colleagues and of time management.

At the meeting, presentations were made Union Ministers Mansukh Mandaviya and Dharmendra Pradhan on efficiency and time management.

Both the Ministers shared good practices on time management, efficiency, root cause analysis of problems and selection of personal staff. Good practices about some basic issues such as dealing with people, promptly responding to letters were also shared in their presentations.

Mr. Modi, who chaired the five-and-a-half-hour-long meeting spoke movingly about late Union Defence Minister Manohar Parrikar, as an illustrative example of simple living and high thinking. Mr. Modi also spoke about tiffin meetings during his Gujarat days where everyone used to bring their own tiffins to meetings and shared the food as well as ideas.

Sources said the meeting was termed “Chintan Shivir”, a contemplation session for overall improvement in efficiency and governance.