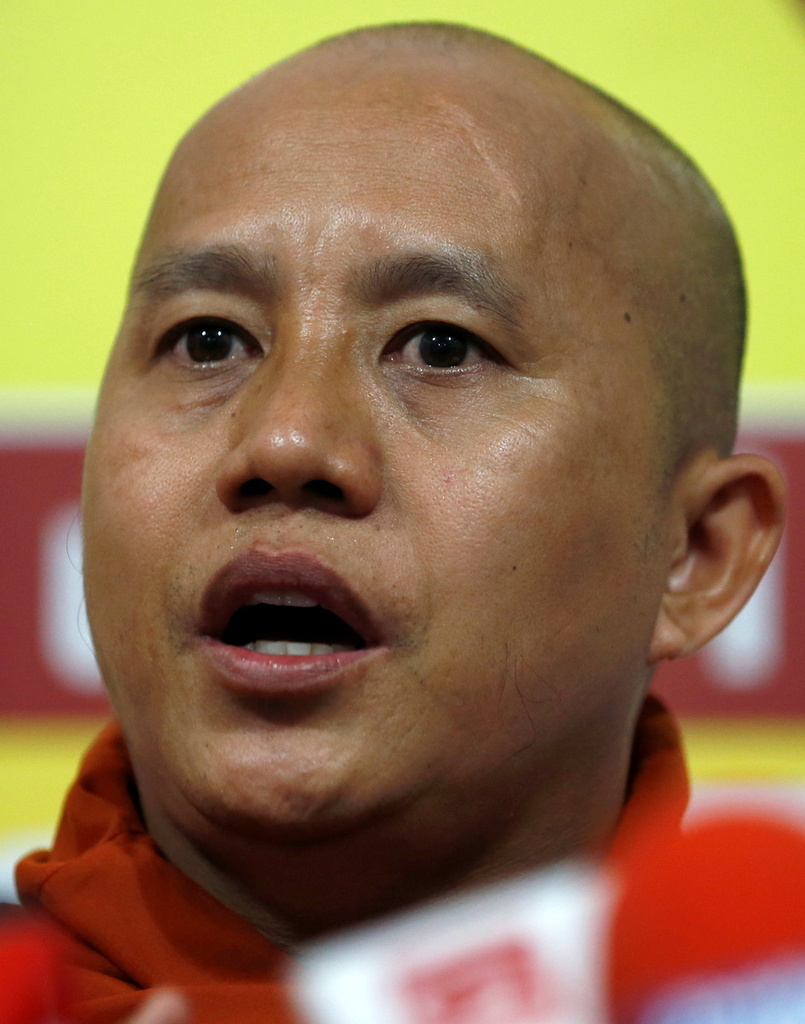 Known for his outbursts against minority Muslims, particularly the Rohingya community, the monk was also critical of Suu Kyi's civilian government and supportive of Myanmar's powerful military that ousted it in a coup in February.

The monk handed himself in to police last November after more than a year on the run from the charges, which carry jail terms of up to three years for acts that provoke "hatred or contempt", or stir disaffection against the government.

The case against Wirathu had been dropped, Myanmar's military spokesman told media on Monday.

"Yangon's regional government closed the case and he is free from today evening but he is being hospitalized at the military hospital," Zaw Min Tun told the People Media outlet.

Wirathu is the most prominent of the nationalist monks to gain growing political weight in Myanmar in recent decades.

His rhetoric often targeted Rohingya Muslims, more than 700,000 of whom fled an army crackdown in Rakhine State in 2017 that U.N. investigators said was carried out with "genocidal intent".

The controversial monk was also at one point banned by Myanmar’s highest religious authority from preaching for a year because of hate speech.