'My Unorthodox Life': The best gift to antisemites since 'The Protocols' - comment 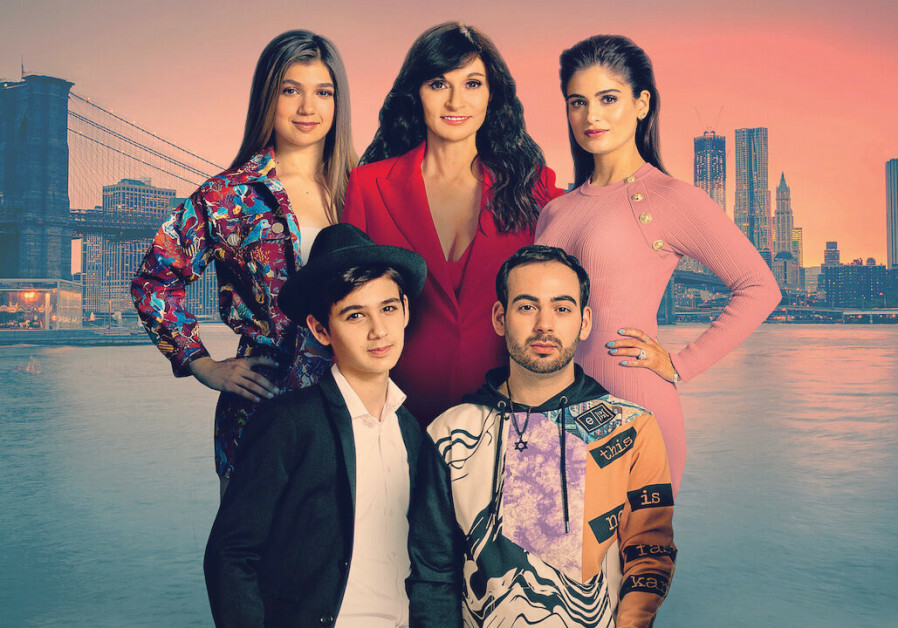 Tuning in to My Unorthodox Life, I expected a glossy, scripted reality show. Instead, I found that Ilhan Omar’s infamous antisemitic quote “all about the Benjamins, baby” has been turned into an evening of Netflix and chill.

I watched every episode twice, hoping that my initial impression of antisemitic undertones packaged for global distribution was wrong. It wasn’t.

The show stars Julia Haart, “Elite World Group CEO and a former member of an ultra-Orthodox Jewish community, and her adult kids.” The plot is interesting, and the characters are colorful. Filmed on location in Paris and New York, featuring wealthy, good-looking people talking about sex and fashion.

Viewers are introduced to a Jewish woman who has “walked out” on her community, her religious practices and members of her immediate family. A woman whose life appears to now be one of materialism, manipulation and massive display of wealth.

Many people who are familiar with Orthodox Jewish communities were very disturbed by the show, mainly because of the many blatant misrepresentations.

Haart states that she is a proud Jew, sharing an insider story. She describes her former community as closed, clannish, misogynist and isolationist, recalling centuries of antisemitism. The “Yeshivish” community of Monsey, New York that Haart left, does not restrict women from driving or girls from singing, dancing and participation in sports. It is a mainstream Orthodox community in which brainwashing and oppression are not acceptable.

In their quest to become the “Jewish Kardashians,” Netflix and Jeff Jenkins gave antisemites their greatest media gift since The Protocols of the Elders of Zion. Not the obvious acts of antisemitism that we experience today – swastikas sprayed on synagogues, cemeteries desecrated, Holocaust denial, physical violence and hate speech on college campuses. What Netflix has delivered is more subtle and potentially more dangerous. The antisemitic viewer meets a real Jewish family for the first time, who just happens to be living in a $55M Chelsea penthouse.

While the Protocols are clearly fake, Haart is real. Haart is not into global domination of the financial markets (maybe that’s coming next season) but her life fits in very well with the concepts of economic antisemitism.

The antisemitic dog whistles are loud and clear. Netflix has worked centuries-old tropes into the script, with Haart as collaborator – as she stated to the New York Times: “Nothing went in there without my approval.”

Chill, you say – the media is full of stereotypes. Jews have been stereotyping themselves in the name of entertainment for generations. Archie Bunker’s Jewish lawyer and Mel Brooks’s Max Bialystock are fictional characters. Haart is real, “exposing” what Jews are like, documented as “fact” from an insider, not as a fictional stereotype. It’s also not the same as shows like Jersey Shore, which create an obviously artificial setting to exaggerate a common stereotype.

If film is more your media of choice, check out The Eternal Jew, a 1940 Nazi propaganda film. There are disturbing similarities to My Unorthodox Life. Sharing just one – the film claims that the Jewish people change their outward appearances when they leave their Polish nests and go out into the rich world. Sound familiar, Julia?

Did Jeff Jenkins study the scripted and faked scenes of this 1940 “reality show”?

Moving on to the “fundamentalist” dog whistle.

Haart describes her community as “fundamentalist,” mentioned three minutes into the first episode. I stopped counting after hearing the word repeated 15 times. This term is simply not used in any Jewish community. Orthodox groups may identify as ultra-Orthodox, hassidic, Yeshivish, Frum, Dati, haredi or Modern Orthodox. Never fundamentalist. Why has Haart been scripted into use of this word, which is typically used with the intent to stir up religious hatred?

She mentions it in the same breath as Muslim fundamentalism, as if putting the Saudi Jihadists of September 11 and the ultra-Orthodox teachers in her Monsey high school in the same category.

On this count, Netflix may be in violation of England’s Racial and Religious Hatred Act 2006 (c. 1).

Jenny Singer, writing for Glamour Magazine, states: “the show pushes one message: Ultra-Orthodox Jews are dangerous... a reality show that depicts them as monsters.”

Netflix and Julia Haart could have maintained the entertainment value of the show while reducing the traumatic undertones of antisemitism.

A scene of Haart donating money to the Kids Kicking Cancer charity or clothes to Goodwill would have added a positive dimension to her portrayal of Jewish values. Such a scene is completely absent.

Given that American activism likely helped free her family from Soviet antisemitism, would it have been out of place for her to promote an activist cause? I find it ironic that after her family’s oppression in Moscow, she and her show are now fueling antisemitism in New York.

Yosef Handler (her ex) and their 14-year-old son, Aron, are bright spots in the show. They clearly state their commitment to their beliefs while being accepting of others. Falsehoods and misrepresentations show up early in the first episode. Yosef’s words of wisdom to Aron (S1E8 7:23), showing a beautiful aspect of Jewish thought, are shared in one of the final episodes.

Now that a second season has been announced, I appeal to Julia, Batsheva, Miriam and Shlomo, to understand the potential lethal implications of your acting and the zero tolerance for antisemitism. Please do the right thing and retire on the success of the first season.

A bit of homework for the reader: Choose an ethnic group, race, nationality or religion. Put together a reality show plot synopsis. Make sure to incorporate relevant, common stereotypes. Add some fear and hatred of the “other” into the mix. Make a few copies. Consider the result and implications. Now throw it in the garbage.

That is what Netflix should have done with My Unorthodox World.

The writer is an occasional contributor. In his day job he is CEO of Coworking Israel.