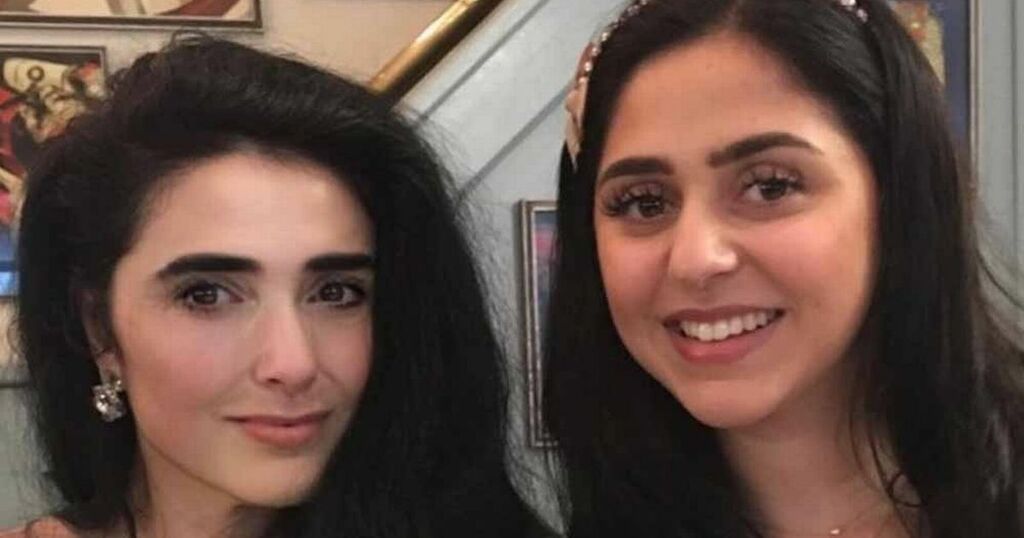 A mum who gave birth on her 30th birthday says her daughter has "stolen" her special day every year since.

Marianna Palumbo, 53, was out for lunch on March 31, 1998, when Graziella, now 23, decided to make her dramatic entrance into the world.

After suffering contractions at the table when out for a celebration lunch, Marianna had delivered her daughter within 45 minutes.

Looking back on giving birth on her 30th birthday, Marianna sent Stacey Solomon - who recently gave birth on her 32nd birthday - a warning that "she will lose her birthday."

Marianna, who also has a 29-year-old son Gaetano, said: "I haven’t had a birthday in 23 years.

"I used to love my birthday. If my birthday was on a Sunday, the celebrations would start on the Thursday.

"But, from the moment Graziella was born during my birthday lunch, it’s never been the same!"

Since upstaging her mum's 30th bash 23 years ago, Graziella has stolen her mum's limelight every 31 March since.

Mariana said: "Graziella wasn’t due for another two or three days."

"I wasn’t going to stop celebrating my birthday because I was pregnant, so I excitedly planned to meet my friends and have some lunch.

"But when we got to the restaurant, I really started to feel unwell. I had awful pains and quickly realised my contractions had started.

"I was rushed to the hospital. I didn’t get my cake, lunch or anything. That was my last real birthday celebration and she stole that too!"

She joked if she hadn't been whisked to hospital so quickly, Graziella would have been born at the table.

"She was so beautiful I was over the moon, but also it really was the end of my birthdays," she said.

After that, all of Marianna's birthdays were centred around her daughter - and she'd plan the celebrations months in advance.

"I didn’t have the time to think about what I wanted," she said.


"When you have kids, you don’t think about yourself. It’s about making your children happy and, of course, we always threw Graziella a party."

She added: "I organise all her celebrations and, by the time she’s booked all hers in, there’s no time for my own.

"In my mind it’s Graziella’s big day, no longer mine."

Although the birthday celebrations are always billed as a joint event, Marianna joked that never ends up being the case.

"People will come in and say, 'Happy birthday - where's Graziella?' She’s the real star of the show."

With a one in 365 chance of sharing a birthday with your child, Marianna now wonders how Graziella will feel if her own children are born on the same day.

"I do wonder how she would feel if she had a child on her birthday," she said.

"I don’t think she’d like it, but it would be interesting to find out. I don’t even know what the chances are of that. It would be pretty incredible if we all shared a birthday."

She said: "I felt so bad when Mum said she hadn’t had a birthday for 23 years.

"She’s never said anything before to me and she’s always planning such big birthday parties and massive family get togethers."

The fashion buyer added her brother Gaetano might feel a bit left out, but they're planning a huge Oktoberfest themed 30th birthday for him next year.

"Mum and I are currently putting all our planning into that. We’re even getting an inflatable pub for him.

"Honestly, I don’t think anything will change. We’re the kind of family that are go hard or go home, so we’ll always throw a big party."