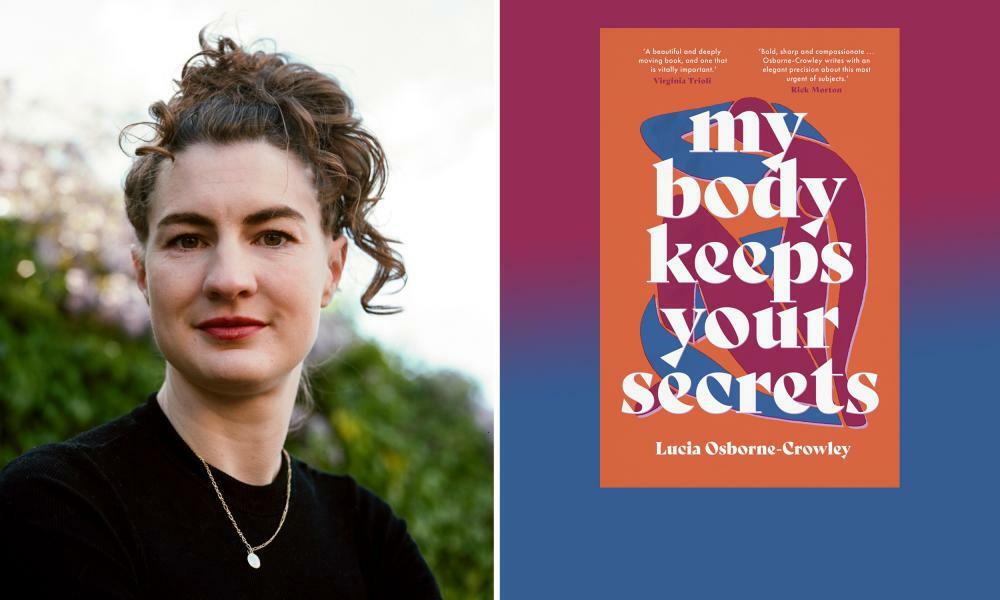 The female and non-binary body is the site of some of society’s biggest conversations, including body image, gender, sexuality, reproductive rights, violence and health. These are topics Australian writer Lucia Osborne-Crowley explored in her devastating 2019 memoir I Choose Elena, in which she recounted her experience of suffering a violent rape as a teenager, leading to years of chronic illness, anxiety and an eating disorder.

Osborne-Crowley stays with these themes in her second book, My Body Keeps Your Secrets – but as well as telling her own story, she draws from more than 100 interviews to explore how women and non-binary people are defined by and fighting for their bodies.

The people she interviews share gripping stories of violence, bigotry and shame – but also of courage, reclamation and strength. Osborne-Crowley cares deeply for her sources, and is clearly committed to giving them the space to tell their own stories, instead of being described by the systems that oppress them (in police reports, the news, even social media). We read about Rowan, who is hospitalised for an eating disorder as a teenager. While the patients are required to stay at the table until they finish their meals, they are mocked by a nurse who deliberately wastes food in front of them. We meet a young woman who harbours deep anxiety about her body, which drives her into abusive relationships.

The accumulation of these stories paints an authentic picture of the complexity and diversity of experiences of trauma, adding depth to Osborne-Crowley’s personal account, which makes up a large portion of the book. But rather than building on the insights from I Choose Elena and stepping into a new space – to examine the structural drivers of violence against women, for instance – My Body Keeps Your Secrets feels like an addendum to her memoir that doesn’t quite manage to stand on its own.

This could be a problem of form. The structure of the book is sprawling and overwhelming at times. Osborne-Crowley travels from topic to topic – and often all the way back again – without a clear narrative arc or throughline. Each chapter jumps from interviews to the writer’s experiences to heavily quoted source material, creating a hybrid of academic prose, memoir and reportage. It’s a book that is trying to do so many things without ever fully satisfying the exploration of any one topic (each of which could easily be a book in itself).

There is also a problem of focus. The book is weighted heavily towards the social and political drivers of trauma and inequality – and there’s no doubting Osborne-Crowley’s observations about the ways institutions have enabled the sexual grooming of children, or the structural gender inequality at the heart of the medical system. But in building evidence towards her presumed central thesis – that experiences of trauma have a physical, tangible impact on the bodies of survivors – she at times fails to show the whole story.

The characterisation of masculinity – as driven by the sexual desire to dominate – seems simplistic at times, and overlooks how male experiences of gender norms and trauma can be drivers of male perpetrated violence. In addition, her exploration of chronic illness frames auto-immune conditions as a physical manifestation of psychological trauma. She writes at length about her experience of endometriosis, and the way in which the condition is triggered by external trauma for some sufferers. She explores the conditions of Crohn’s disease and vaginismus through the same lens: as direct results of experiences of assault and trauma.

Unfortunately, there is little corresponding exploration of the more straightforward experience of many women who developed these same medical conditions without the associated psychological connections. I suffer from illnesses very similar – and in one case the same – as those she writes about, but have thankfully had no associated experience of violence, assault or trauma. Leaning too heavily on her thesis, she runs the risk of reinforcing the historically dangerous assumption that women’s chronic conditions are psychosomatic – which would be, it seems, the opposite of her intent.

My Body Keeps Your Secrets is engrossing, fierce and shows the writer’s intellect and talent, but as the journalistic follow-up to a straight memoir is less rigorous than expected. But there is no doubting that Osborne-Crowley is playing an important role in raising the profile of marginalised experiences of gender inequality, and for that fact alone, this book is worthy of a read.