A mum who thought she was suffering from a stitch while holidaying in Scotland has been told she could have just months left to live after receiving a shock diagnosis.

Ros Atkins, from Gateacre, Liverpool, was on a family getaway with her husband John, 42, and their daughter Maggie, six, when she started experiencing pain in the in the right side of her body, according to the Mirror.

The 43-year-old initially thought she might have pulled a muscle while sleeping in different hotel beds, but later made an appointment with her GP when the pain got worse after returning home.

Ros said: "I can only describe it as like a stitch in the right hand side. It started to be quite painful when I took a full intake of breath, that's the only way I can describe it really."

After going to see her GP, who believed she could have a blood clot in her lung, Ros was told to go to hospital immediately. The results of a chest scan showed a dark shadow on Ros's liver and she was sent for an MRI scan which found secondary cancerous cells on her liver."

It was at this time Ros was given the devastating news at Whiston Hospital that she had between 18 months and five years to live. She said: "The surgeons at that point didn't feel like it was safe enough to do surgery just because of where the tumour was. It took a long time for us to get our heads around.

"I think I actually managed to kind of come to terms with it sooner than my husband, he really struggled with it and found those next few days after that incredibly difficult.

"I didn't accept at the age of 43, with a six-year-old daughter, I have got that little time left on earth so we have got to find something, what are we going to do. I had to go into 'business mode' to be able to get through what I'd been told.

"Some days that's worked and I can stay in that business brain place and other days are what I call dark days, where I can't think about anything else other than that and my family and friends who I will be leaving behind. But my daughter, that's massive - and that's the thing I struggle with the most."

Ros said she didn't experience any of the typical symptoms of bowel cancer due to where the tumour was positioned on the lining of her bowel.

The mum started her first round of chemotherapy at the Lilac Centre at St Helens Hospital at the end of October last year but five days later she had to undergo emergency surgery after her bowel ruptured.

Ros resumed chemotherapy in December but was later told it had been unsuccessful. Shehas now started a different course of chemotherapy and is determined to try every option available to her.

She said her main source of inspiration since her diagnosis has been Deborah James, known as the Bowel Babe, who has worked tirelessly to raise awareness and increase understanding of bowel cancer since being diagnosed in 2016.

Ros's friends did the Wirral Coastal Walk today [May 22] with all funds raised going to the Bowelbabe fund for Cancer Research UK.

Her best friend, Matt Jones, is also helping to raise awareness by standing on one leg during his stand-up comedy gigs.

Matt said: "If I can embarrass myself standing on one leg in front of 250 people then basically anyone can spare a few minutes to embarrass themselves getting themselves checked out for bowel cancer - and being embarrassed for a few minutes can save your life." 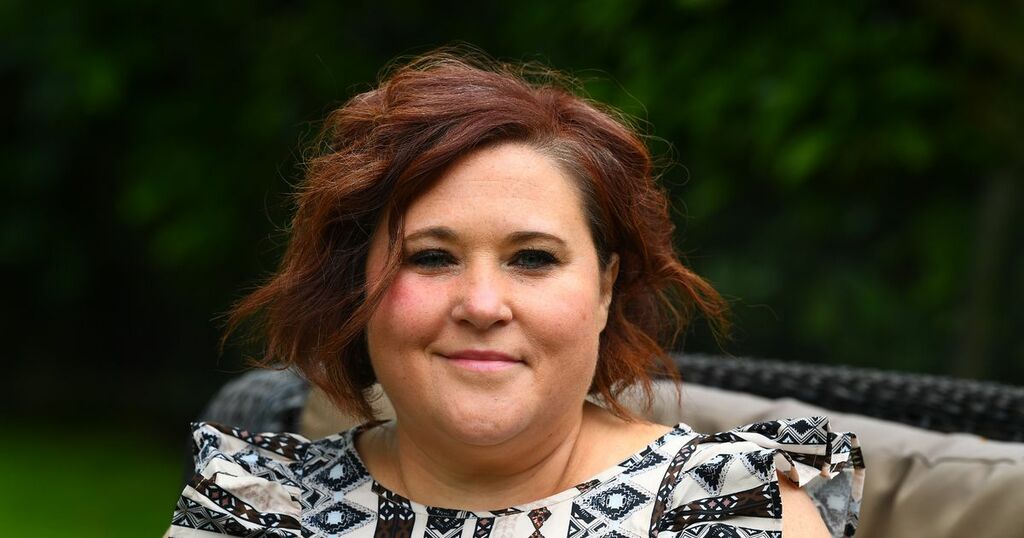 'Pain in my side during holiday was sign I had just months to live'
Ros Atkins, from Gateacre, Liverpool, was on holiday in Scotland with her husband and daughter when she started experiencing pain…