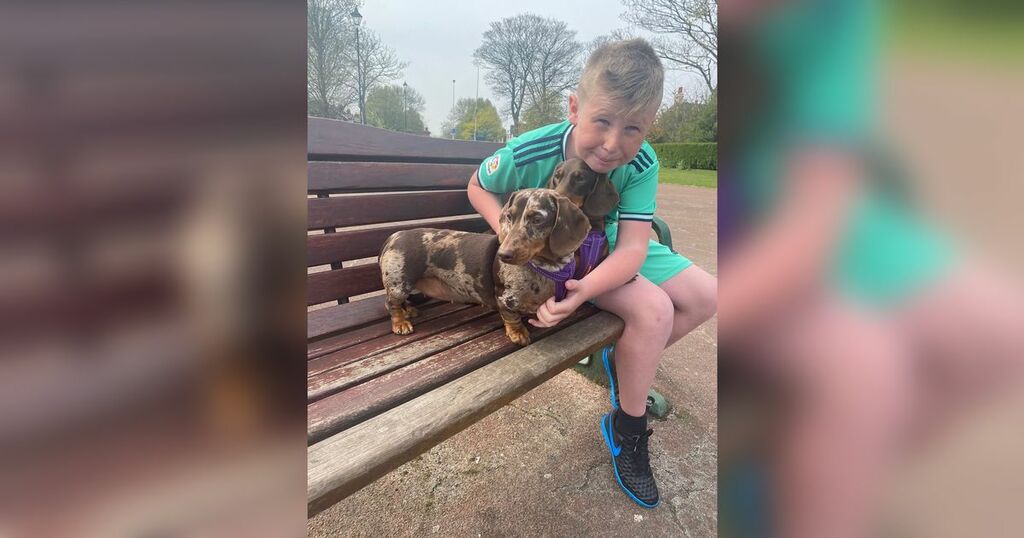 A Merseyside mum has praised the kind neighbours and strangers who rushed to her son's side when he fell unconscious.

On Sunday, September 12, schoolboy Patrick Jones, aged ten, was out playing with his friends near his home at around 5.30pm when he came off his bike and hit his head on the pavement on Warrington Road, St Helens.

Read More: Young girls find woman 'crying' after she runs out into the road

On impact, Patrick, from Rainhill, became unconscious and was found bleeding from the head as people nearby quickly came to his aid and rang an ambulance.

Mum Yvonne Jones, 39, was at home cooking a Sunday roast when a stranger urgently knocked on her door and told her to "come as quickly as she could."

Yvonne told the ECHO: "He goes out quite a bit on his bike, it’s quiet on our road and within that remit.

"I said you can go out on your bike, I was cooking a roast dinner at the time and within about ten minutes of him being out this lady was banging on the door.

"She was quite out of breath and panicky and she said 'has your son got a green bike'. She said she didn't know if he’d been run over by a car or just fallen over.

"When someone comes to your house and says they don’t know if your son has been hit by a car, you don’t know what you’re going to come to the road and find. She just kept on saying come as quickly as you can."

The woman explained an ambulance had been called and Yvonne immediately rushed to Patrick's side.

Yvonne said: "There was just blood all over the curb. It was a Sunday, it was drizzly out, I wouldn't let him go out if it was raining but it had been and the ground was wet.

"He can't remember what happened. He said he just woke up and there were people looking at him and asking him if he was ok."

Yvonne was told an ambulance could take a few hours so she drove him to A&E at Whiston Hospital. After a six hour wait, nurses told Patrick he was "very very lucky" that he had just badly scraped his head.

When the incident happened, Yvonne said a couple stayed with Patrick and others stopped in their cars to see if they needed assistance. A neighbour also safely locked away Patrick's green bike to return to him.

Yvonne is now thanking those who helped and praising residents across Rainhill for their kindness.

She said: "Rainhill is a lovely place to live and he goes out to play with his friends in the remit of the area. He's streetwise. We think as he’s come to the corner he’s somehow gone over and hit his head.

"I was just dead reassured.I knew there were people with him looking out for him.

"I just want to say thankyou so much. They didn't have to to it but they did. Not everyone is like that and not everybody would stop to help but they did.

"I'm just thankful people came to help and the people who stayed to help."

Yvonne also praised those who helped Patrick at Whiston Hospital and said he is now feel better and was happy to return to Longton Lane school yesterday.

After the incident, Rainhill Rockers Facebook page shared a message of thanks from Yvonne, which reads: "Can I thank the couple who stopped and helped my lad today on Warrington Road when he came off his bike and went unconscious with a head injury and rang an ambulance.

"Also the lady who ran to my house to tell me and the two ladies who stopped and asked did we need assistance.

"Thanks so much, I didn't catch your names. We are now home from hospital."

Have you witnessed a kind gesture on Merseyside? Let us know in the comments section.

One woman commented: Hi. Me and my partner Dan were the couple. It’s really no problem at all. Lovely little boy. So brave. Hope he’s on the mend."

Another said: "Hope your little boy is ok xx"