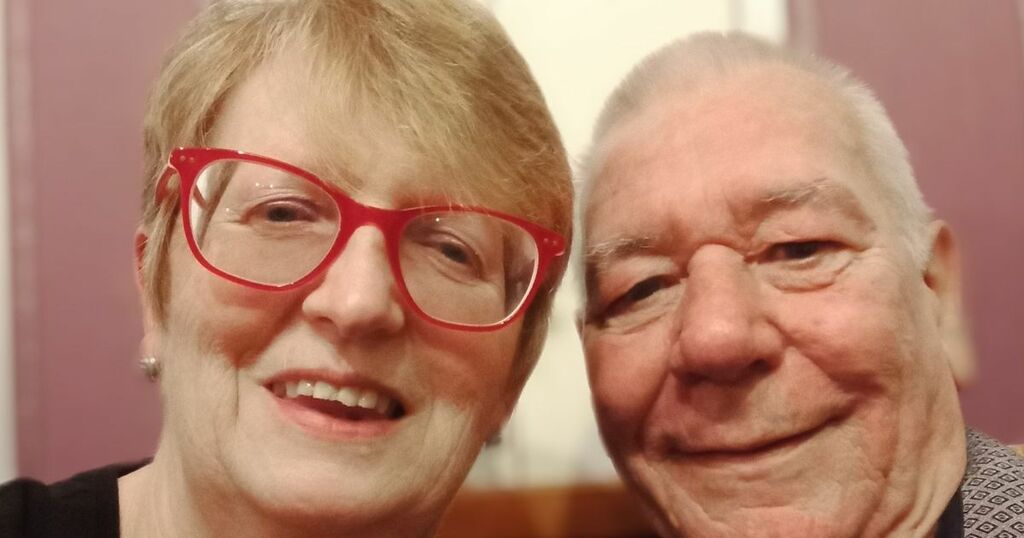 A mum who is the third generation in her family to be a foster carer has described the rewards of "breaking the cycle" of childhood trauma.

Mandy Bright and husband Joe have taken in 144 kids over the past 21 years, including 16 as part of 'parent and child placements' where vulnerable adults are supported to improve their parenting skills.

Mandy, 62, who was the deputy official receiver for Liverpool until her retirement, has urgently called for younger people to consider becoming foster carers as severe shortages and the impacts of covid bite.

Mandy moved to Liverpool in 1982 after growing up in Luton, where she met Scotland Road native Joe, and the couple now live in West Derby.

She told the ECHO: "My nan fostered some neighbours' children during the war so I grew up with some extra sisters.

"My parents fostered for a few years until my dad had to move because of his job, and I always had really good memories of my foster siblings."

Mandy said she began fostering 21 years ago, after doing voluntary work at a children's home.

She said: "We just wanted to give a home to a child. My husband grew up in a big family; he was one of 10.

"We just wanted to give them that sense of normality that we grew up with, and that security and love.

"Our first placement was a little boy who came to live with us for a short term placement, and he then went on to live with his school teacher."

From there the couple did not look back.

Mandy said: "We have so many wonderful memories. When we first started, a little girl Becky* and her brother arrived the night before her third birthday.

"The next day I surprised her with a birthday cake and we had a little party for her. When she was a teenager, she got back in touch and asked if we had any photos from the time she lived with us - she hadn’t any photos from when she was little.

"We found some, including the birthday party ones - she was delighted and very touched. She is all grown up now and a mum herself and stays in regular contact with us."

She continued: "There was another little girl, Anne* who lived with us for about a year, she could barely read or write when she first arrived, she really struggled but was very determined.

"She went to live with a long term foster family, but still kept in touch and we would meet up a couple of times a year.

"When she was 18, living independently and about to start university, the lease on her flat was up, so she came and stayed with us for a couple of months before heading off to uni.

"Anne has since qualified as a social worker and now works with looked after young people, which is great, she’s really giving back. All these kids have so much potential, I often wonder where she would be now without the support she had."

As well as taking in dozens of lone children, Mandy and Joe took in siblings and when their own son moved out began to take in parents with their kids.

Mandy said: "Parent and child placements was something I was really attracted to, the idea of breaking the cycle.

"There's a lot of children we fostered that we knew their parents had been fostered. It is giving that support to people who have come out of the care system and don't have that family support.

"It wasn't just very young parents, some were older parents who had in the past had children placed into care and who had made big changes in their lives and didn't want the same to happen with their baby."

Mandy said the placements did not always work out and some parents decided they could not cope with the demands of raising a child, but on the whole her experience of fostering has been one of deep satisfaction.

Several children who spent time living with the Brights are now parents themselves, and describe Mandy and Joe as "honorary grandparents" to their own kids.

Mandy says she recently attended the wedding of one of her former foster children, and even baked the cake for the event.

Mandy and Joe, having taken a short break from fostering during covid, are now waiting for their next placement and will continue to foster for the foreseeable.

But Mandy has highlighted the urgent need for new foster carers in a creaking system, where there is a national shortage of around 80,000 placements.

She said: "A lot of foster carers who we have currently got are coming up to retirement so we really need younger people to step up.

"That's not to say that older people can't also become foster carers, we recently had someone in their 60s pass the assessment.

"You have to have a lot of time, it takes a lot of patience and care and there are challenges, but the personal rewards are fantastic; being able to make a difference."

*Children's names have been changed to protect their identities.