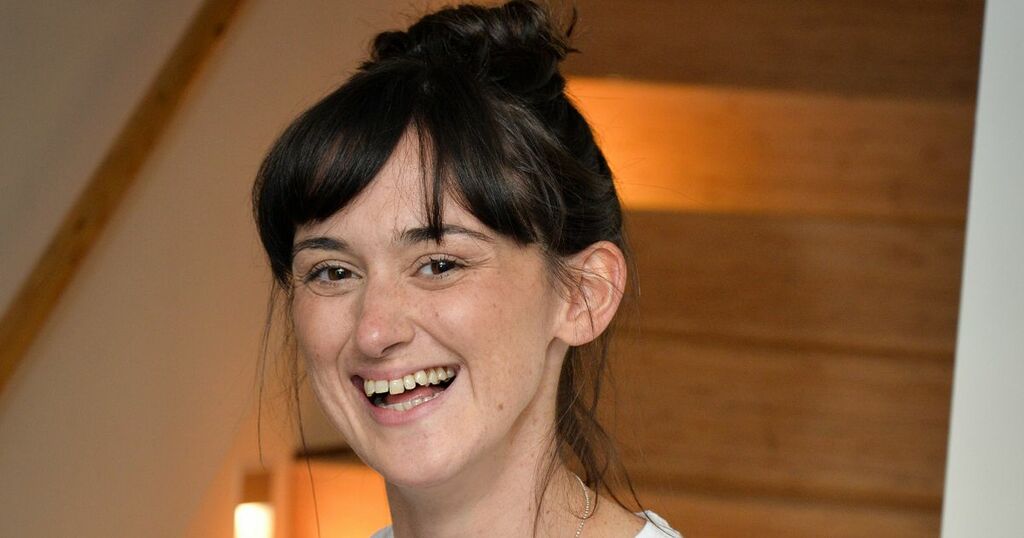 A new mum miraculously survived a rare form of bone cancer which she thought was just post-pregnancy joint pain.

Her only options was to undergo the amputation of her leg - now she's showing off her prosthetic in the hopes that others who have major surgeries will get a boost in confidence.

READ MORE: The charity catwalk event empowering people whose lives have been blighted by cancer - and raising cash for an incredible cause

Alice Barlow was just 29-years-old when she started experiencing pains in her knee.

It was mere months after giving birth to her first child, a beautiful little boy named Bertie.

Alice assumed that, as she had been 'huge' during pregnancy, with Bertie being a 'very big baby for her petite frame', the pregnancy had simply 'taken a toll on her joints'.

But on Halloween of 2017, the new mum from Knutsford was sent for further testing after doctors became worried.

A matter of weeks later, Alice was told she had a very rare form of cancer.

"In February of that year, I gave birth to the most beautiful little boy, Bertie. He was perfect, and my husband and I were so happy," explained Alice.

"We were also exhausted , of course, and I had a number of post-natal aches and pains, with my knee seeming to suffer the most. I remember very vividly running to Bertie’s first Aqua Babies lesson and it starting to hurt, just a little.

"I thought nothing of it, but it slowly became more troublesome and I struggled with kneeling to change nappies.

"I was huge during my pregnancy, and Bertie was a very big baby for my usually petite frame, so I figured this must really have taken its toll on my joints. I went to see a physio, who gave me some exercises to help strengthen my muscles.

It was only when my knee started to buckle that I went to the GP, who referred me for an MRI scan.

"I had put this off a few times as the wait for a non-urgent appointment was so long, and I really didn’t think a muscular problem was something that warranted a visit to the doctor.

"Unfortunately, before I had the scan, my knee suddenly gave way when walking down some steps. There was an awful snapping noise, and next thing I knew, I was on the floor and unable to stand up. That day was the last time I walked on two legs."

Following tests, Alice and her husband were given the shock news that there was a growth in her femur that had broken through the bone.

“I was in such shock at that moment, I was looking for anybody to give me that ‘it’s going to be fine’ face," Alice told the Manchester Evening News .

“It became quite clear that I was going to have to take control of trying to be positive.

"I remember my husband crying and I recall myself telling him and the consultant to cheer up. The consultant told me months later that a patient had never said that to him before!"

The growth was a rare form of cancer, osteosarcoma, which mostly affects children and young adults whose bones are still growing.

Only around 550 people receive the diagnosis in the UK each year.

“It had never occurred to me at any moment prior that I could have cancer. I just thought I had done something to my knee," continued Alice.

“In hindsight, that was ridiculous. The symptoms were so unexplained, I hadn’t done anything to hurt it. It was on one side so it didn't make sense that it was anything to do with pregnancy."

But, tragically, the news went from bad to worse as the family was informed the cancer had spread to Alice's lungs.

The cancer would need major surgery and an aggressive chemotherapy regime that saw Alice 'living' at The Christie Hospital.

Thankfully, baby Bertie was on hand to visit and 'cheer up everyone on the ward' with his beaming smile.

"The treatment was horrendous," said Alice.

"I spent three weeks out of every five overnight on the ward at The Christie receiving the chemo, and in my two weeks off I usually landed back in hospital with sepsis.

"I missed my baby so much, but I knew I was doing it for him.

"Despite the chemo being incredibly strong, the tumour in my leg was too advanced, and the only surgical option to remove it was an above knee amputation."

At first, Alice thought amputation was ‘extreme’ - then she thought about all the friends she had watched die from cancer during her treatment at The Christie, and the choice became clear.

“I didn’t think that would happen, I thought it was an extreme outcome," she said. "Now, I know that’s not true, it’s the solution for a lot of people with bone cancer.

“My tumour had become quite entangled in major vessels and nerves - that made it really tricky to remove.

“When they confirmed [amputation] was what actually had to happen, that’s when I got my head around it.

“And I spent so long at The Christie that I had made so many friends, and lost so many friends, it seemed really trivial to lose a leg. If any of those ladies had that option, they would have.

Following the surgery and the fitting of a prosthetic leg, ‘every day was a challenge’ and she remains in pain sometimes, but now Alice has a four-year-old, she says has ‘no choice’ but to run around after him.

"I had my leg amputated the week that Bertie turned one, and we learnt to take our first steps together," said Alice.

"We’ve been muddling through life ever since, and have had many highs and lows – mostly highs. Though parenting through the terrible twos on one leg was no breeze!

"He’s starting school in September and I will be bursting with pride on that first day and so grateful that I will be there to see it."

Now 34, after an incredible recovery, Alice is walking in a charity fashion show at Manchester Airport in support of Maggie's Manchester - a charity providing free support and information to people living with cancer.

Many of the models have been diagnosed with cancer at some point in their lives - some of who are still undergoing treatment and know first hand the gruelling impact the disease can have on their bodies, confidence, and mental health.

On October 16, Alice will be among them. Although she's feeling a little nervous of being on stage, Alice hopes she can show people that they can be confident after amputation.

Alice says she has always ‘admired’ people living with amputations, the runway show gives her the chance to ‘admire herself’.

"It can feel very lonely, and hard to know where to look for a glimpse of life after treatment," explained Alice.

"For those who are just about to start their treatment, particularly those undergoing an amputation like myself, I want to show you that you can adapt. You can walk. You can wear nice clothes. You can have a prosthetic leg that sparkles. You can love your body. You can show up.

"I can’t wait to take part in Maggie’s on the Runway and do all of those things at once. Life may no longer be ordinary, but it can be extraordinary."

You can show your support by clicking here.