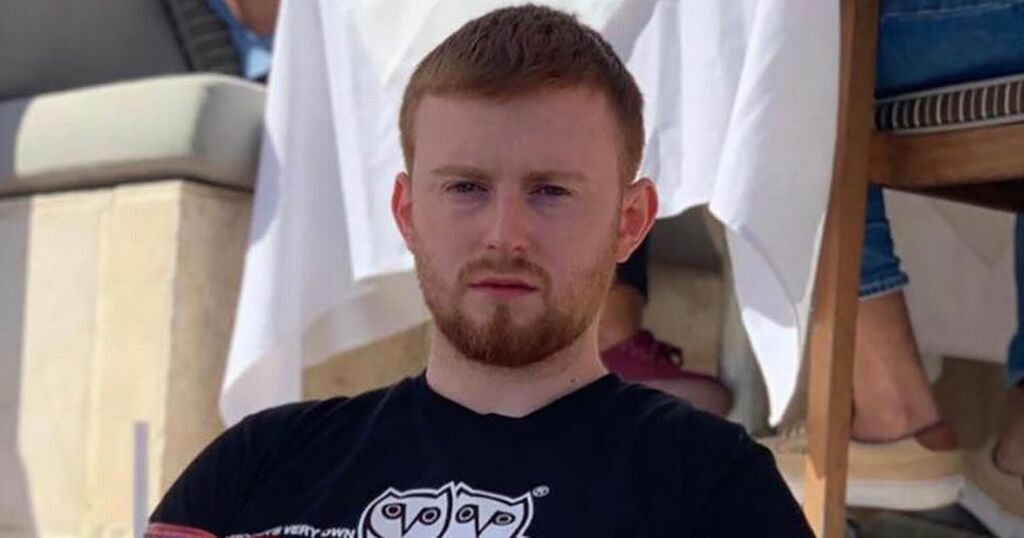 The mother of a British man jailed for 25 years in Dubai after being found with CBD oil has accused the Foreign Office of failing to support the family.

Billy Hood, 24, was sentenced last week after four bottles of the oil were discovered in his car in January.

Asked whether she had been supported by the Foreign Office, his mum Breda Guckion said: “No, not at all.”

She made an emotional plea, saying: “As a mother, and I know a lot of people who know Billy, please, please, if anyone can help get Billy home, please do.

Have your say on this story in the comment section

Billy says the CBD, which is legal in the UK, was left in the vehicle by a friend visiting from England.

He claims he was forced to sign a confession before being convicted of drug trafficking with intent to supply.

Reacting to the jail term, Breda said: “It broke us completely. It still breaks me every day just thinking about it, just seeing his photo there.”

Billy moved to the United Arab Emirates to work as a football coach.

Get the news you want straight to your inbox. Sign up for a Mirror newsletter

He was allegedly kept in an isolation cell for 14 days after his arrest.

Breda said: “We didn’t even know Billy was arrested. It was the fact he didn’t turn up for work for three days and his boss went to the police station reporting Billy missing...”

Detained in Dubai campaigner Radha Stirling is helping the family. She said: “Only when there is some sort of diplomatic ­pressure to encourage the UAE higher up authorities to look at the case in more detail, is a positive outcome going to happen for Billy.

“And what we’ve seen with the Forgein Office is that they’ve become less and less inclined to assist with UK nationals as the UAE becomes a stronger trade partner.

“So there is quite a conflict of interest which can result in innocent victims like Billy being locked up for extremely lengthy periods of time. Longer than a violent crime or murder.”

Breda previously criticised the FCO saying: “After learning of the other cases where people have been set up by police or falsely accused of a crime, I can’t believe the British government has not put this in their travel warnings.”

A spokesman from the Foreign Commonwealth Office said: “We are giving consular support to a British man who has been imprisoned in the UAE.”

The UAE Embassy has been approached for comment but is yet to respond.