A driver high on cocaine left a mum with horrific life-changing injuries when he lost control of his car at 75mph and slammed into a tree and lamp post.

Michael Zainne Francis walked away from the smash but his 21-year-old female passenger suffered multiple fractures and a catalogue of other injuries including two collapsed lungs and bleeding on the brain.

She also had a stroke and spent two months in hospital, reported WalesOnline.

South Wales Police roads policing officers say the injuries suffered by the passenger are the worst they have ever seen in a crash where the victim survived.

Swansea Crown Court heard Francis failed a roadside test for cocaine following the smash but refused to give a sample of blood for analysis.

Brian Simpson, prosecuting, said the crash happened in the village of Pontlliw in the early hours of August 12, last year, with Francis driving at 75mph in a 30mph zone.

The court heard that as Francis' VW Scirocco sped along the A48 on approach to Pontlliw, the driver took a bend on the wrong side of the road then left the carriageway and slammed into a tree and a lamp post.

The prosecutor said the entire passenger side of the car was "effectively torn away" by the impact.

The female passenger in the Scirocco was lying on the road while Francis was seen wandering around asking for his phone charger and appearing "high as a kite" and "out of it".

The court heard crash investigators subsequently found the speedometer in the VW was frozen at 75mph, and that there were no signs of any emergency braking or evasive manoeuvres.

Francis failed a roadside test for cocaine and then became aggressive with the officers who were dealing with him, spitting in the face of one and threatening to "bite his face off".

He was taken to hospital where he refused to allow his blood to be tested.

The female casualty was taken to the University Hospital of Wales in Cardiff and suffered fractures to her pelvis, thigh, arms, and back, two collapsed lungs, internal bleeding, injuries to her liver, pancreas, and a kidney, and bleeding on the brain.

She subsequently suffered a stroke which has impaired her mobility and vision while she has undergone nine separate operations, and was in hospital for a total of two months.

In a statement read to the court, the passenger said she had suffered physical and emotional injuries and that her daughter had almost lost her mum.

Francis, of Iscoed Road, Hendy, had previously pleaded guilty to causing serious injury by dangerous driving, assaulting a police officer, failing to provide a specimen for analysis, and two counts of possessing an offensive weapon in a private place when he appeared in the dock for sentencing.

He has 18 previous convictions for 27 offences including driving with excess alcohol, driving while unfit through drink or drugs, driving while disqualified, robbery, and drug trafficking.

Judge Geraint Walters said Francis had clearly been under the influence of substances when he decided to get behind the wheel of "a potentially weapon weapon".

He said he had never seen a car suffer so much damage in a crash in which people survived - adding it was "nothing short of a miracle" nobody had been killed.

He noted that even as Francis knew his passenger was gravely ill in hospital he had refused to allow a sample of his blood to be tested, and that "self-preservation" was his main thought, something he said which showed contempt for his victim and that he was "not man enough" to face the reality of what he had done.

With a discount for his guilty pleas Francis was sentenced to three years and four months for the driving offence and two months for assaulting the police officer to run consecutively making an overall sentence of three-and-a-half years.

He was sentenced to three months for each of the two weapon offences and to two months for failing to provide a sample, all to run concurrently with each other and with the lead sentence.

Francis was also banned from driving for a total of six years and eight months, and must pass an extended test before he can get his licence back.

Speaking after the sentencing, South Wales Police roads policing officers said the injuries suffered by the passenger were the worst they have ever seen in a collision where the victim survived.

Senior investigating officer detective sergeant Lee Christer said: "Michael Francis’s reckless actions that day left a young female with horrific life-changing injuries. If it wasn’t for the quick response from officers and emergency services at the scene, and the expert medical care she received from the staff at University Hospital Wales, I’m not sure she would’ve survived.

"I hope this sentence affords Francis the opportunity to reflect on the gravity of what he has done. I also hope it sends a strong message to other motorists and encourages them to think when they get behind the wheel. Speeding and driving under the influence of drugs are two of the leading factors in serious and fatal collisions in Wales, and when driven recklessly and irresponsibly, cars can be lethal weapons as this case has so tragically." 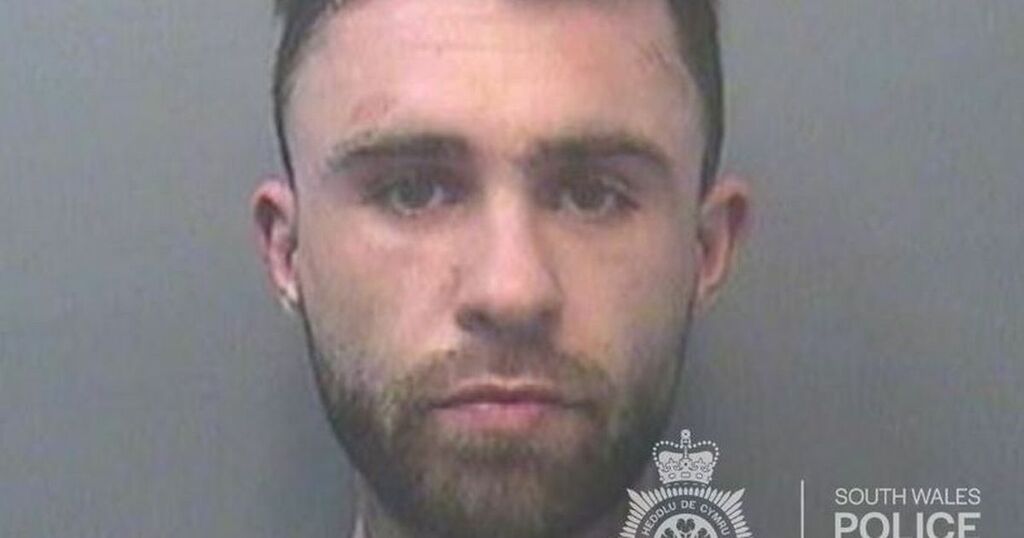 Martin Young, 68, has now been jailed

Robert Hicks was full of remorse when he appeared in court but the judge still jailed him for three years.