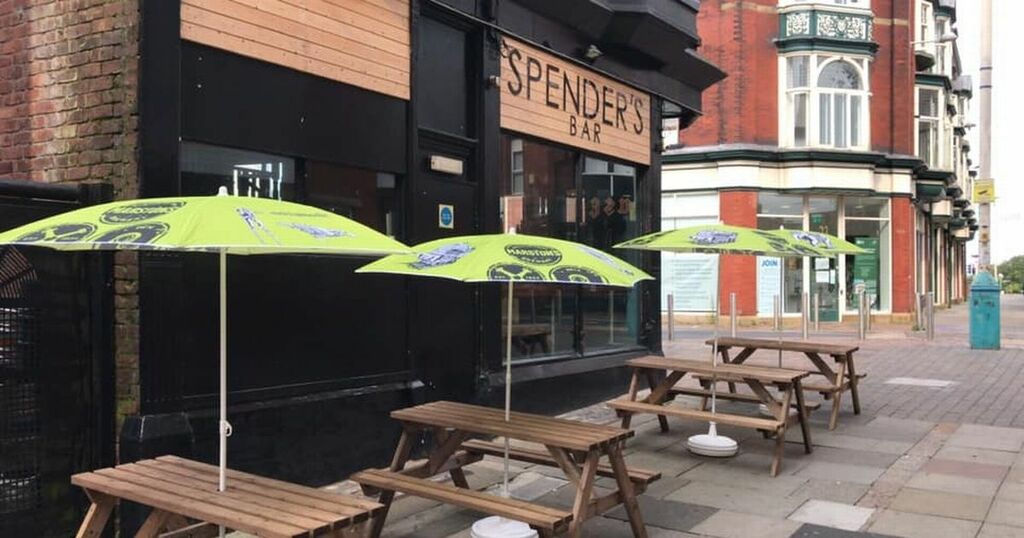 A mum who was glassed on her first night out with her husband since they had a baby has said that she "didn't leave the house" for a week after the assault.

The 27-year-old, who has asked to remain anonymous, has struggled leaving the house, and when she has has wondered whether it will be the last time she sees her baby, after she was attacked on a night out in Southport on August 29.

She was out with her husband at Spenders bar when she claims a woman approached her husband while he was at the bar.

The woman then apparently tried to dance with her her husband when the mum asked the woman to leave him alone.

This was allegedly met with a sneer and a laugh, and then a push, to which the mum said she threw her drink at her. The woman then "glassed" her.

This left the mum-of-one unconscious in the middle of the bar, and woke up to a swollen face and a cut head.

She told the ECHO : "It was mine and my husband's first night out leaving our baby with his parents. We went to Spenders to have a dance. I wasn't really drinking because I was in work the next morning so I was sober.

"Then when my husband went to the bar to get himself a drink, this woman was talking to him and tried to dance with him so I went over and asked her to leave him alone, without being aggressive at all.

"She laughed in my face and looked me up [and down] so I said 'he is my husband', that's when she pushed me so I threw my drink at her. Next minute she glassed me on the head. There wasn't a fight or anything."

The mum now leaves the house thinking whether it will be the last time she sees her two-year-old son, with her wondering whether anything will happen to her while she is out.

She told the ECHO : "I leave the house now thinking this could be the last time I see my child. I know it's sad but it's just how I think now.

"That night has made me think this way in case I see someone who is in a mood. Don't get me wrong, I've been in a situation where someone has tried to dance with my husband and when I tell them I am with him they apologise and leave.

"This woman was out for an argument. For the first week I didn't leave the house, I didn't go to the shop, I didn't go anywhere. I was scared, she lives in the town and the police haven't dealt with her.

"I felt anxious to leave the house. She wasn't going to come after me or anything but it was just that feeling of 'something could happen'."

Merseyside Police are yet to arrest anyone in connection to the attack with enquiries ongoing.

A Merseyside Police spokesperson told the ECHO at the time: "We are investigating after a woman was assaulted in Southport in the early hours of August 29.

"The woman, who is in her 20s, was in Spenders Bar on West Street at around 1.50am when there was a disagreement with another female.

"The woman was then reportedly struck on the head with a glass bottle resulting in cuts and swelling to her head and face. The woman was taken to hospital for treatment for her injuries.

"The female is described as white, in her 30s, with long red or brunette hair and wearing a blue strappy top and black skirt.

"CCTV and witness enquiries have been carried out and an investigation is underway.

Anyone who witnessed the incident or has any information which could assist the investigation is asked to DM @MerPolCC or @CrimestoppersUK on 0800 555 111 quoting reference 21000600816.