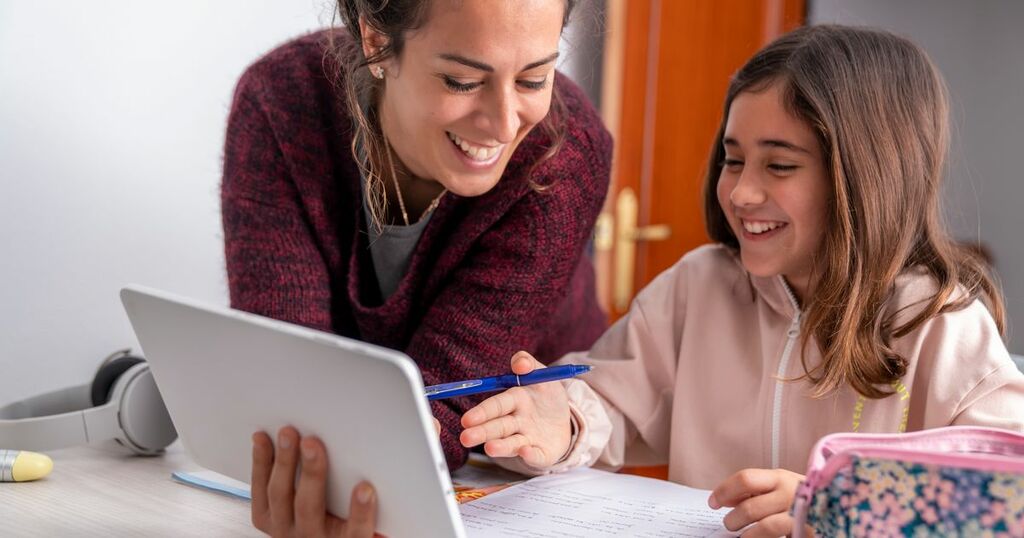 Ah, those three little words that have been on everyone’s lips for the last few weeks - 'back to school’.

The Clarks shoes are being worn in, school uniforms ironed, the cool pencil case that 'literally EVERYONE has got' is pristine as the kids have now headed back to the classrooms.

The only thing left to do is to resume education and learning after a summer of fun - but sometimes, a little top up of skills is exactly what is needed to help your child excel a little further and access additional support.

Encouraging your child to work on their maths skills for a short while at home throughout the week can actually make quite the impact. Something which Mum-of-two, Millie, found when she put Maths-Whizz to the test and trialled it for her daughter.

Speaking about why she wanted to give Maths-Whizz a go, Millie said: "Don't get me wrong, I know my shapes, fractions and multiplications as well as any other mum, but knowing these things for yourself and being able to impart this knowledge onto a child are two completely different things."

Imagine a virtual tutor that's able to work with your child one-to-one and is on demand at the click of a button; that's what Maths-Whizz offers and Millie let her six-year-old try it out for a few weeks to see how she got on.

Maths-Whizz claims that students who complete 60 minutes per week of exercises on the dedicated website will not only 'build confidence, ability and motivation' but will also increase their 'maths age' by 18 months in their first year of using the platform.

If the mention of 'maths age' takes you back to the days of faring against Dr Kawashima's Brain Training on a Nintendo, then fear not as the age calculated by Maths-Whizz is in place simply to calculate the measure of your child's mathematical knowledge via fun activities and non-pressurised assessments.

The journey indeed begins with an assessment but is nothing to fret about as it is incredibly similar to the usual exercises from Maths-Whizz. The virtual tutor will then be able to discover what you child's level is like across each topic, identifying what needs additional practice.

For example, a maths age of 7.5 means that a student is performing at the overall level that you would expect of a seven-and-a-half year old.

Talking of the 'maths age', Millie commented: “One of the initial hesitations I had with having this magic number was that if my daughter got wind of her 'age' and it was lower than her actual age, she would feel disheartened.

"But it turns out there are two-sides to Maths-Whizz. In short, parents get the stats and figures of their child's maths age and how it's progressing, while the kids get the fun colourful games and exercises and are rewarded with in-game currency and diamonds."

Parents obtain this information via an email, with the results detailing their child's maths age, outlining their strongest subjects and describing what 'age' they could reach within a year of tutoring.

So, what about the format of the activities? If you're imagining dull questions in black and white, you would be mislead as instead there are colourful graphics and engaging exercises to be completed.

Millie said: "What struck me is that some subjects seem simple - for example, a sequence game where you have to put three pictures in order; a chicken laying an egg, ingredients on a kitchen counter, breakfast being made... - and yet they get the cogs turning.

"It also reminds me that maths isn't just a numbers game (so to speak), it's about a lot more, especially at early-stage education."

Now you might be thinking, great, that's all well and good but what if my child just won’t get into it? Well, we spoke to Millie's daughter to get her opinion, after all, how can you argue with a six-year-old who knows her stuff!

Millie's daughter said: "I like Whizz because you get to count alien's legs and eyes and it's fun. I like writing the numbers in the boxes, it's better than writing numbers down with a pencil."

If you would like to try Maths-Whizz with your little one, you can sign up to a seven day free trial to see how your child gets on. If you would like to continue past the week trial, you can use code MATHS20 to receive 20 per cent off your subscription, making it £15.99 a month. More details can be found here.