Mum finally reunited with daughter, 19, after she was abducted 13 years ago 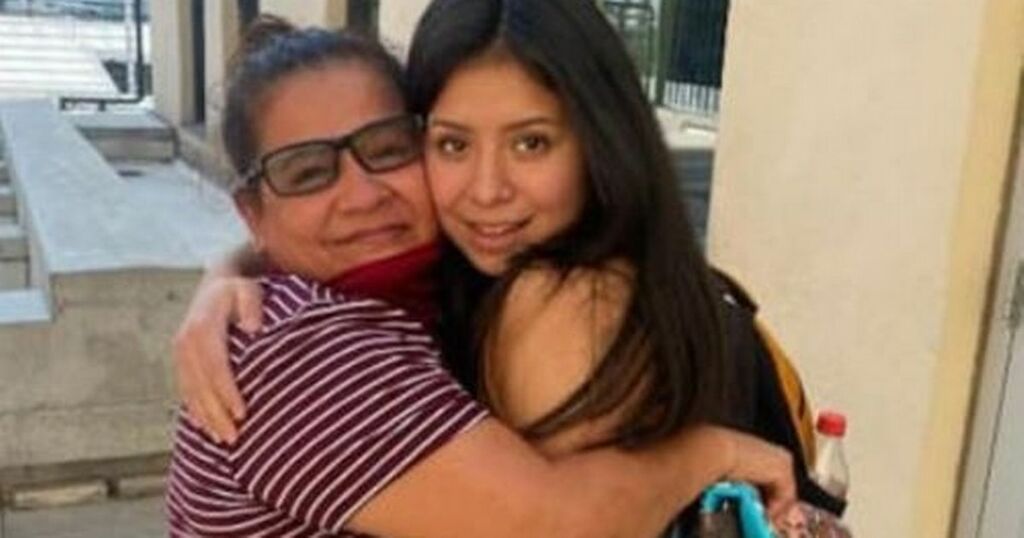 A mum has hugged her daughter for the first time in 13 years after her little girl was abducted from their home aged six.

Angelica Vences-Salgado's daughter Jacqueline Hernandez was snatched from their family home in 2007 and then disappeared.

But, on September 2, Angelica received a Facebook message from a 19-year-old woman claiming to be her little girl.

Jacqueline, now in Mexico, asked her mum to meet her at a border crossing in Laredo, Texas on September 10, People reports.

Angelica contacted Florida's Clermont police department the same day to explain her daughter was back in touch.

A multi-agency operation was launched to supervise Jacqueline's entry, and to ensure the teenager crossing the border from Mexico was in fact Angelica's daughter.

Jacqueline's father, Pablo Hernandez, is wanted on a 2007 felony kidnapping issued by the Florida Department of Law Enforcement, People reports.

A flyer from the time said he had taken his daughter across the border to Mexico.

On the meeting date, Homeland Security, US border agents, and the Laredo Police Department intercepted the mum and daughter at the border.

Jacqueline's documents were checked, which confirmed she was the girl "abducted from her mother in 2007".

The 19-year-old was then reunited with her elated mum.

The CPD said the case was a major achievement for the multi-agency law enforcement approach, and was a "prime example" of the good that can happen when officials work together efficiently.

Police are yet to share further details on how Jacqueline spent the 13 years away from her mum, or the whereabouts of her dad.

The department is "still working with other law enforcement agencies to locate him," he added.