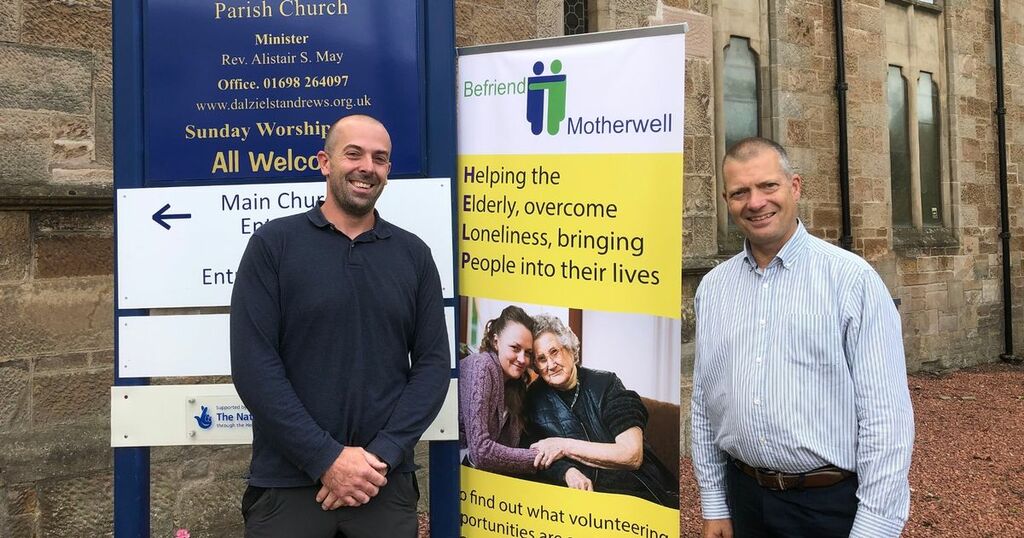 The manager of a Motherwell befriending service is to be recognised in Parliament as a community hero during the COVID pandemic.

Colin Weir, who works for Befriend Motherwell, was nominated as a Local Hero by Graham Simpson MSP and will have his efforts celebrated at the official opening of the newly-elected Scottish Parliament next month.

In July, MSPs were invited to nominate a constituent who makes a positive difference to the lives of others – often with little recognition.

The Conservative politician who represents the Central Scotland region in the parliament nominated Colin for his sterling work with the support service which has its base in Merry Street.

The befriending service manage will be one of 129 local heroes, each nominated by one of the country’s MSPs, who will be part of the Scottish Parliament’s Opening Ceremony events to mark the start of the new parliamentary session in October.

While not able to continue with its face-to-face befriending service because of the virus, Colin’s commitment helped ensure Befriend Motherwell kept going during lockdown – providing wellbeing packs to 65 people a week.

They produced a DVD and musical CD for people and helped with shopping and picking up prescriptions.

They have around 40 volunteers who can visit people in their homes and take them on visits and walks.

Colin is looking forward to his visit to Holyrood next month and meeting other who have been recognised for their work in their respective communities.

The 39-year-old told Lanarkshire Live : “It’s a real honour to be invited to the opening of the Scottish Parliament for this reason.

"Our organisation worked hard throughout the pandemic with our partners to try to continue to help people within the Motherwell area in any way we could.”

Graham said: “As the Sixth Session of the Scottish Parliament gets underway, it’s right that the people of Scotland are placed at the heart of our events.

“Together with my fellow MSPs, we want to celebrate the achievements of our Local Heroes from across every constituency and region in Scotland.

“Colin leads the group but it’s a team effort. He is a local hero for me because this is such a vital service and was particularly so during lockdown when people could not meet.

“They were able to still help folk with their weekly wellbeing packs, as well as helping with shopping and picking up prescriptions.

“Group activities can restart now and that will be great for people. You can’t beat real human contact.

“I was delighted to nominate Colin as me local hero and I hope he enjoys what will be a special day.”