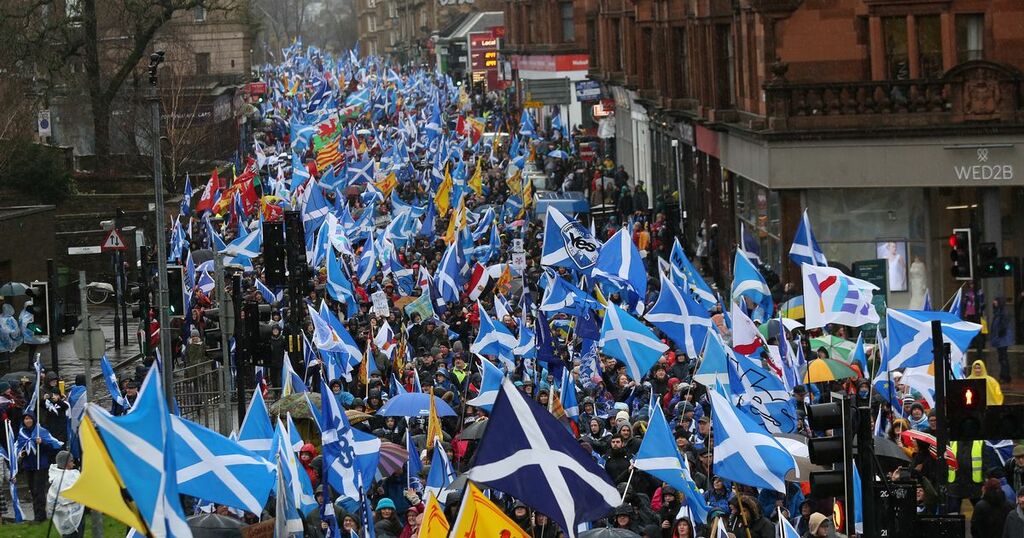 A majority of voters in Scotland oppose Nicola Sturgeon’s timetable for a second independence referendum, a poll has found.

It comes as the First Minister said this week it was her intention was to hold an IndyRef2 before the end of 2023, as long as the covid pandemic has ended before then.

But the opinion poll - commissioned by Scotland in Union - found many Scots remain dubious about such a timetable.

Sturgeon said civil servants would "restart" work on independence this week after all such preparations were halted by the response to covid.

Survation also asked voters if Scotland should "leave" or "remain" in the UK - with 57% saying remain and 43% saying leave, once don't knows had been excluded from the total.

But the SNP dismissed the poll's findings as it did not ask participants the same question as the one used at the 2014 referendum.

Pamela Nash, chief executive of Scotland in Union, said: “This poll confirms that Nicola Sturgeon is out of touch with the people of Scotland.

“A majority of voters oppose her plans for a divisive second referendum within the next two years, and she should listen to what people are telling her.

“The poll also confirms that most people in Scotland want to remain part of the UK, despite the SNP’s relentless campaign to divide us.

“Just days before the SNP conference, this poll is a timely reminder to Nicola Sturgeon to focus on what really matters to people – the Covid recovery, protecting out NHS, creating jobs, and tackling the climate emergency.

“As part of the UK we can pool and share resources to build a recovery for every community in every nation; rather than impose austerity on the poorest communities under the SNP’s blueprint for separation.”

An SNP spokeswoman said: "Scotland in Union have form for asking loaded questions and this is no exception.

"Their bid to conflate independence with the 'Leave-Remain' formulation of the Brexit vote just won’t wash.

“It was only four months ago that the people of Scotland voted and that vote provided a cast-iron democratic mandate for an independence referendum – on top of that, a recent independent opinion poll found majority support for a referendum in the current Holyrood term.

"Independence offers Scotland the chance to re-join a market around seven times bigger than the UK and to take our own decisions to create a fairer, more prosperous country instead of having unwanted policies like Brexit foisted on us by the likes of Boris Johnson - and this is why the people of Scotland voted to be offered a choice over their future.”