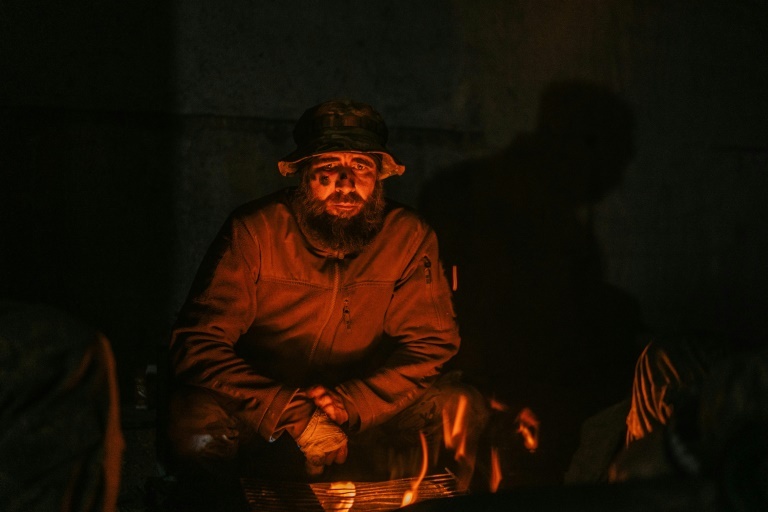 Irish Independent
One subscription that gives you access to news from hundreds of sites
Ukraine Cuts Russia Gas at 1 Hub, Underlining Risk to Supply

Ukraine shut down a pipeline Wednesday that carries Russian natural gas to homes and industries in Western Europe, while a… 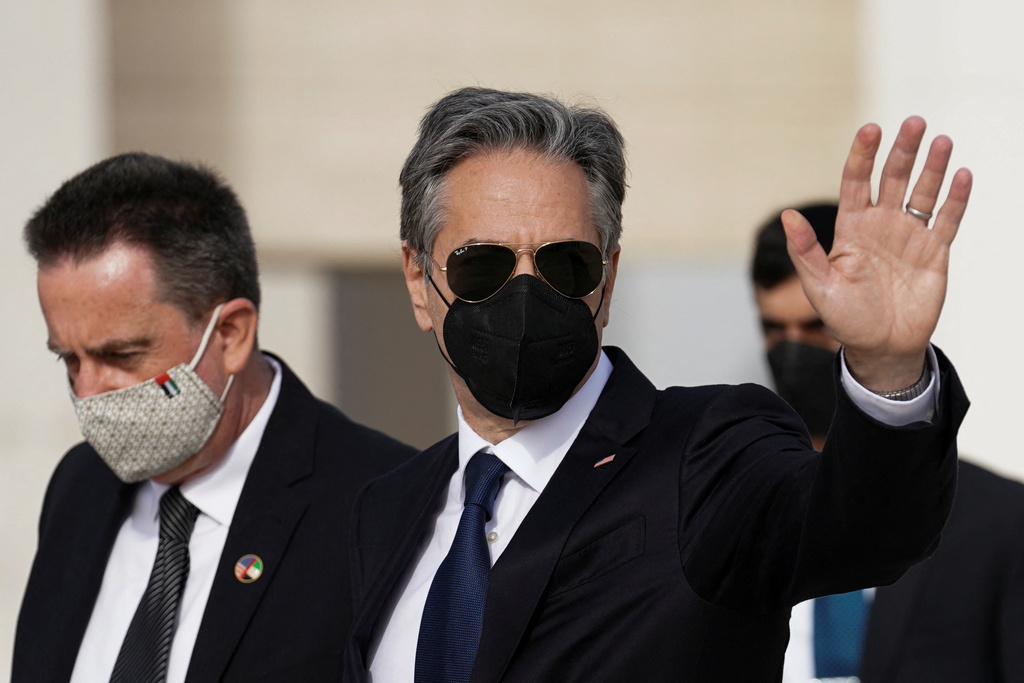 Al Jazeera
Read news from The Economist, FT, Bloomberg and more, with one subscription
Learn More
Sweden follows Finland in confirming it will apply to join Nato

Comments by UN chief Antonio Guterres came as vigils were held in the US for the 10 people killed.

By David Stout with Dmitry Zaks in Kramatorsk

Kyiv (Ukraine) (AFP) - Pro-Kremlin authorities in Ukraine's Kherson on Wednesday urged President Vladimir Putin to annex the region, as Moscow accused Kyiv of shelling a Russian city in the latest flashpoint of their bloody war.

One person was killed and three injured in the shelling of Belgorod, according to governor Vyacheslav Gladkov, who said it was "the most difficult situation" facing the border region since Russia sent its troops into Ukraine 11 weeks ago.

With war raging, fears of broader international implications swelled as gas supplies to energy-starved Europe were disrupted by a halt in Russian gas flows through Ukraine.

The stoppage caused supplies to plunge by 25 percent in Germany, which is dependent on Russia for its energy and has rejected an immediate full embargo on Russian gas.

The developments came as Ukraine said its military was holding its own and pushing Russian troops back from the country's second city Kharkiv in the northeast.

Russia has focused on eastern and southern Ukraine since it failed to take Kyiv in the first weeks after the February 24 invasion, and US intelligence has warned Putin is ready for a long war.

Kherson, the first major Ukrainian city to fall, is north of Crimea, which itself was annexed by Moscow in 2014.

Kirill Stremousov, deputy head of Kherson's Moscow-installed administration, said there would be a "request to make Kherson region a full subject of the Russian Federation."

But the Kremlin replied it was up to the residents of Kherson to "determine their own fate".

Ukrainian presidential aide Mykhaylo Podolyak said Kyiv's forces would liberate Kherson and "the invaders may ask to join even Mars or Jupiter."

While President Volodymyr Zelensky framed his nation's conflict as a "war against tyranny," Ukraine's fierce fight back has come with a heavy cost.

In a rare release of battle casualty figures, Ukraine's National Guard, which falls under the interior ministry, said Wednesday that 561 of its members have been killed and nearly 1,700 wounded since the invasion began.

Neither the defense ministry in Kyiv nor its counterpart in Moscow have provided official death counts, but in mid-April Zelensky said between 2,500 and 3,000 Ukrainian soldiers had been killed.

'They come in waves'

On the battlefield, Ukraine's forces were boosted by what Kyiv says is the recapture of four villages around Kharkiv.

But Ukraine is engaged in what appears to be an increasingly desperate effort to hold the Russian-speaking Donbas region in the east.

"They come in waves," volunteer fighter Mykola said of the Russians' repeated attempts to push past a strategic river near a rural settlement called Bilogorivka.

Nearby, Ukrainian medics rushed a bleeding soldier from the eastern front, an AFP correspondent saw.A doctor reassured the wincing fighter that the tourniquet being squeezed above his knee did not mean he was about to lose part of his leg.

US Director of National Intelligence Avril Haines on Tuesday said Putin was "preparing for prolonged conflict" and "still intends to achieve goals beyond the Donbas."

Much of the world has moved to isolate Putin, but Italian Prime Minister Mario Draghi -- visiting Washington Wednesday -- urged the United States to engage Moscow on Ukraine, saying "there has to be a table with everyone."

Ukraine on Wednesday said Russia had halted gas supplies through a key transit hub in the east of the country, a day after the Ukrainian state energy company Naftogaz said it was no longer responsible for gas coming through Russian-occupied territory.

Compounding the strain, Russia imposed sanctions on more than 30 EU, US and Singaporean energy companies in a retaliatory move following Western penalties over Ukraine, a government decree said Wednesday.

Russia's invasion has prompted Sweden and Finland to consider joining NATO, with both countries set to decide this week.

Ukraine has been pushing Western countries for more military and economic support, despite Russian warnings to the West.

As President Joe Biden warned that Ukraine within days would likely run out of funds to keep fighting, the House of Representatives voted Tuesday to send a $40 billion aid package to the country.The Senate is expected to rubber-stamp the bill.

Zelensky, in his nightly address Wednesday, said he was "grateful to the American people" for the aid.

He also stressed he had spoken with German Chancellor Olaf Scholz about boosting sanctions on Russia.

"Step by step we are doing everything to make the aggressor feel the biggest pain from the aggression," Zelensky said.

Sanctions on Russia are biting, with its foreign currency reserves declining and new car sales sinking over 78 percent in April.

As Russia cracks down internally, a member of the band Pussy Riot, Maria Alyokhina, said she left Russia by disguising herself as a food delivery courier to escape police.

Music has become a rallying point too for Ukrainians, ahead of this Saturday's final of the Eurovision song contest, the world's biggest live music event.

Despite the potential for such moments to unite Ukrainians, the war remains a tragedy for many, including Iryna Yegorchenko, 43, who learned Wednesday that her soldier son Artem died protecting the Azovstal steel plant in devastated Mariupol.

"This morning they wrote me that he is dead.And I suddenly felt relieved," Yegorchenko told AFP.

The 22-year-old was crushed during a structure collapse and "quickly went to God", his mother said.

"It would have been worse if he had been captured," she added.

Yegorchenko, who lives in Kyiv, appeared grief-stricken yet proud of her son.

"He decided to defend his homeland, his people," she said."And I have nothing to be ashamed of as a mother".

Irish Independent
One subscription that gives you access to news from hundreds of sites
Ukraine Cuts Russia Gas at 1 Hub, Underlining Risk to Supply

Ukraine shut down a pipeline Wednesday that carries Russian natural gas to homes and industries in Western Europe, while a…