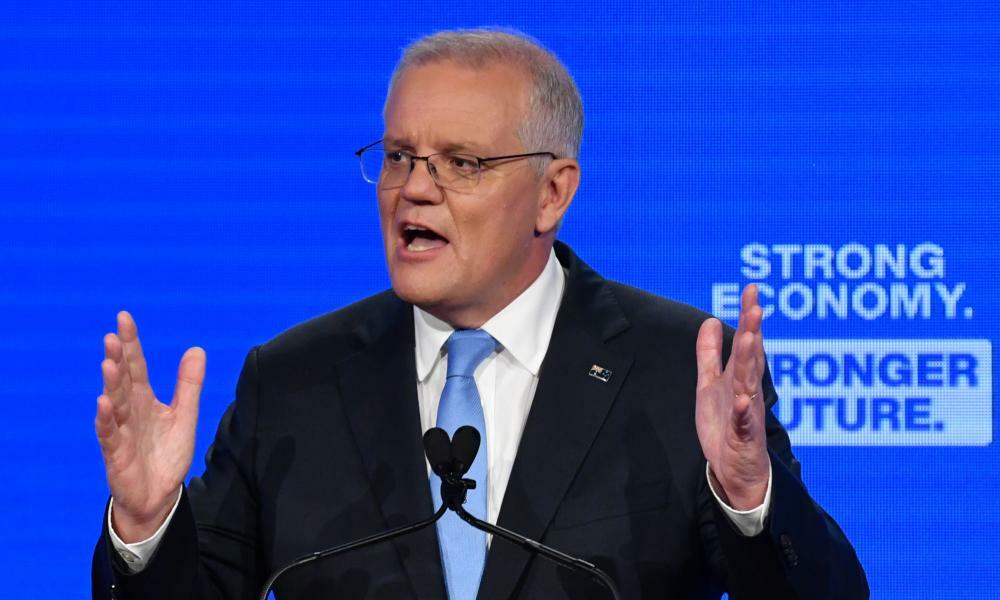 The Guardian - AU
Morrison on stage to ‘launch’ Liberals

The Guardian - AU
‘Put this pandemic behind us’: Scott Morrison launches campaign by promising to shift gears

The New Daily
One subscription that gives you access to news from hundreds of sites
Five new initiatives from the Liberal launch… well, as many as we could find…

Just don’t expect anything on climate…

The Conversation
Read news from The Economist, FT, Bloomberg and more, with one subscription
Learn More
View from The Hill: Scott Morrison tells Liberal launch ‘I’m just warming up’ as he pitches on home ownership

InnovationAus
If the polls are right, he may soon be the next Australian prime minister. So who is Anthony Albanese?

The Conversation
From analysis to good news, read the world’s best news in one place
‘He can’t change’: Labor attacks Scott Morrison’s character at Brisbane rally

The New Daily
‘Put this pandemic behind us’: Scott Morrison launches campaign by promising to shift gears

By Tess Ikonomou and Colin Brinsden

With less than a week to go until polling day, Prime Minister Scott Morrison will address the party faithful in Brisbane on Sunday and use the stage to fight to hold key marginal seats.

Former prime minister John Howard is expected to be among the Liberal stalwarts in the audience at the Brisbane Convention Centre.

Under the coalition's expanded housing policy, up to 1.3 million empty nesters and pensioners will be able to access incentives to downsize their house, in a plan to help more families get a home.

Australians over the age of 55 will now be able to downsize their property and invest up to $300,000, per person, in their superannuation fund outside of the existing contribution caps, from the proceeds of a sale.

Pensioners who downsize their home will also be given greater flexibility by exempting the proceeds of the sale of the property from the assets test for longer.

This change means pensioners will now have two years to structure their assets following the sale of their home without impacting their pension.

"We are now giving Australians more choice to decide how they want to live the next stage of their life by removing financial barriers for people wanting to downsize their home," Mr Morrison says.

Currently this benefit is available to Australians over the age of 65 and making this change will see up to 1.3 million people become eligible to access it.

Housing Minister Michael Sukkar said it had been a successful policy since 2017.

"We now it works, we know it is freeing up housing stock, those larger family homes for other people to be able to purchase," Mr Sukkar told Sky News' Sunday Agenda program.

"It is removing the barriers to downsize and essentially for couples being able to put up to $600,000 into a concessionary taxed environment like super."

Labor senator Murray Watt said his party would always back a good idea.

"We will support this one. We think this is a good idea worth taking on," he told Sky News.

"But the realty is that just one announcement from this government after nearly a decade in office is not going to fix the housing crisis we see in Australia."

The centre, expected to be based in Brisbane, would house cancer services in one facility as a one-stop shop, and treat all cancer types.

It would be modelled on the successful Peter MacCallum Cancer Centre in Melbourne and Chris O'Brien Lifehouse in Sydney.

"This builds on recent investments we have made in Western Australia and South Australia to establish a national network of centres," Mr Morrison says.

Health Minister Greg Hunt said the facility would save and improve lives.

"We all know somebody who has had their lives impacted by cancer and that's why expert dedicated cancer care right here in Queensland is so important," he said.

The Guardian - AU
Morrison on stage to ‘launch’ Liberals

The Guardian - AU
‘Put this pandemic behind us’: Scott Morrison launches campaign by promising to shift gears

The New Daily
One subscription that gives you access to news from hundreds of sites
Five new initiatives from the Liberal launch… well, as many as we could find…

Just don’t expect anything on climate…