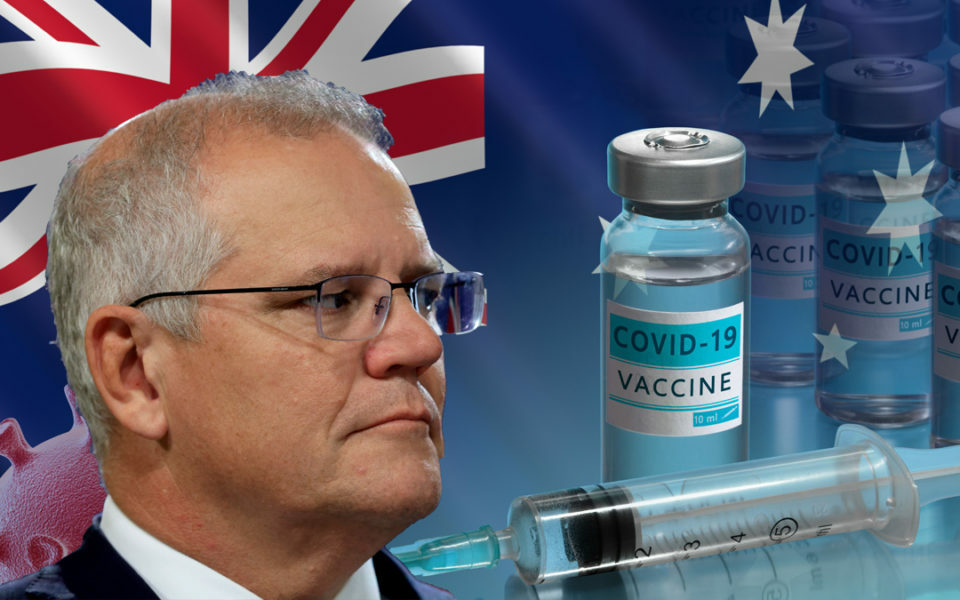 The federal government has angrily denied Labor claims it bungled an opportunity to secure “millions” of Pfizer doses in 2020, after newly revealed emails showed the pharma giant was eager to ink a deal with Australia in June last year.

A letter from Mr Hunt to Pfizer in May 2020, seen by The New Daily, encouraged the company to “work closely with the TGA” on its new vaccines.

The opposition on Wednesday released emails, obtained under Freedom Of Information, which they claimed showed the government “couldn’t even be bothered arranging a meeting” with Pfizer to talk about their world-leading COVID jab.

But Health Minister Greg Hunt accused the Opposition of pushing discredited claims on the government’s moves to procure vaccines.

“Prime ministers and presidents around the world had been, frankly, busting down the Pfizer company’s door to get an early supply of vaccines for their people,” said Labor’s shadow health minister, Mark Butler.

“This government just took a too little, too late approach to an urgent way in which to address this global crisis.”

But a separate letter from Mr Hunt, obtained by TND, showed he had been in contact with Pfizer from April 2020 – two months before the Labor-obtained emails begin.

In a May letter to Pfizer Australia’s managing director Anne Harris, Mr Hunt refers to a letter she sent him the previous month.

In his response, Mr Hunt said he was “pleased to hear of the new therapies and vaccines” that Pfizer was developing, and asked her to keep the health department informed on “outcomes of early studies of the new mRNA vaccine”.

“I look forward to working with you as Australia continues to navigate this pandemic and beyond,” the letter concluded.

The correspondence, from June to August 2020, showed Pfizer touting its ability to deliver vaccines at “unprecedented speed”, and urging the government to lock in meetings and deals as other nations like the United States and Japan were reserving supplies.

Labor claimed the emails showed the government had gotten bogged down in bureaucratic red tape, instead of being fast-tracked to battle the pandemic.

“As the vaccine development landscape is moving swiftly, including through engagements with other nations, I am requesting this meeting occur at the earliest opportunity,” a Pfizer representative, whose name was redacted from the email release, wrote to the Department of Health on June 30, 2020.

A letter directly to Mr Hunt, also sent June 30, said Pfizer had “the potential to supply millions of vaccine doses by the end of 2020” and the ability to “rapidly scale up” production to hundreds of millions of doses in 2021.

Notes from a subsequent July 10 meeting, generated by the health department and also revealed in the FOI release, note Pfizer wanted “discussions to move as quickly as possible”.

The company also told the department it could “deploy at unprecedented speed” and “possibly … by the end of the year”.

Australia didn’t sign a deal with Pfizer until November 5, 2020.

The first doses did not arrive until February 2021.

The documents raise more questions about previous reports – which the health department and Pfizer deny – that the Morrison government knocked back early Pfizer offers to sell millions of doses to Australia.

Pfizer has previously rejected claims that it offered “whole of population” coverage to Australia at the July 10 meeting.

“These papers confirm that Scott Morrison simply didn’t take Pfizer seriously enough when he should have, while every other developed country on the face of the planet was busy securing early supplies of Pfizer vaccines for their people,” Mr Butler claimed.

But Mr Hunt angrily denied the claims in two separate statements on Wednesday, saying Labor was trying to “undermine” and “misrepresent” the vaccine program.

He said the government was in constant contact with Pfizer, outside of the emails released under Labor’s FOI.

Mr Hunt said the first meeting with Pfizer had been “initiated by the minister’s office”, not by Pfizer as Labor had claimed.

Mr Hunt also noted that, at the time of the July meetings with Pfizer, its vaccine – now recognised as the best in the world – was only in Stage 1 clinical trials, and far from assured to be a slam dunk prospect.

He also defended the approach of asking the health department officials to conduct initial meetings with Pfizer, rather than directly running the meetings himself.

“The minister directed the head of the taskforce to undertake the negotiations, as appropriate, and the department’s first formal meeting with Pfizer was on 10 July,” Mr Hunt said.

“Both Pfizer and the health department have consistently confirmed, including on the public record at Senate Estimates, that the Australian government entered into formal discussions on the purchase of vaccines, as soon as the company was in a position to do so, and were in discussions prior to this. When formal discussions began, no country had a contract with Pfizer.

“As Pfizer has made clear, no earlier doses were available to Australia.”

In a separate statement to The New Daily, Mr Hunt also said the note about “millions of doses” in Pfizer’s emails was in reference to the company’s global capacity, not what it specifically offered to Australia.

This was seemingly confirmed by Pfizer at a Senate hearing in January, where the company said it had proposed selling 10 million doses to the government; not the other way around.

“Each agreement was based on the availability of doses and earliest schedule that could be provided at that time,” Pfizer told the hearing on January 28.

“There is a lot more to this story than what the Labor Party are putting out,” he said at a Canberra press conference.

Mr Butler said the emails showed the government had acted too slowly on procuring vaccines.

Even the department’s notes, released as part of the FOI request, referenced that Pfizer had inked deals with the US, UK, Japan and Canada by early August, when Mr Hunt first met with the company’s representatives.

“The vaccine rollout was always a race, but Australia started a lap behind because Scott Morrison’s government took a deliberate ‘wait and see’ approach to vaccine deals,” Mr Butler said.

The Morrison government came under fire in July this year, after revelations the government had not met directly with Pfizer’s global chief Albert Bourla.

Former PM Kevin Rudd made his own intervention to speak to the executive, before Mr Morrison lined up a meeting.