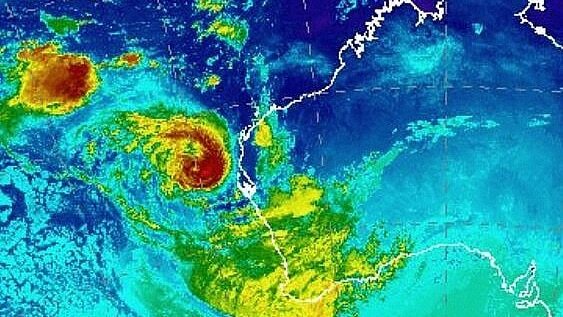 Western Australia's first tropical cyclone of the year could hit before Christmas, as the weather bureau predicts an earlier and potentially more frequent cyclone season.

The Bureau of Meteorology has released its seasonal outlook for tropical cyclones, which also predicts the damaging windstorms could travel further south than usual.

It said that was being driven by warmer ocean temperatures and an increased chance of a La Niña phenomenon developing later this year.

Senior Meteorologist Andrew Burton said it was possible the state could see more cyclones than usual.

"Typically, we don't see the first cyclone until around Christmas or after Christmas," he said.

"This season, we need to be ready as soon as December comes."

While the stretch of coastline between Broome and Exmouth in WA's north was the most cyclone-prone region in Australia, the bureau warned of the potential of cyclones reaching further south.

Earlier this year, Severe Tropical Cyclone Seroja tore through the state's Mid West region, with winds of up to 170 kilometres an hour leaving a trail of destruction in Kalbarri and further inland.

"The important lesson from last season is that cyclones can affect anywhere down the west coast as well, right down to Augusta," he said.

"[They are] very rare events, but they can be very damaging events.

Acting Department of Fire and Emergency Services (DFES) Commissioner Craig Waters said both locals and visitors should put a plan in place ahead of time.

"It only takes one significant cyclone to have a significant impact on the community," he said.

"It's important to understand cyclones can and do occur at any time and at any place.

"People travelling to the area need to have an emergency kit, which should include a battery-operated portable radio, a mobile phone, chargers, a torch with spare batteries and enough food and water to last for five days."

"We're expecting a lot of tourists from the south west to travel up to the north west of the state and these people may not be familiar with the risks associated with either tropical lows, floods or tropical cyclones," he said.

"We saw a significant number of people requiring rescues last year during floods and we don't want to see that again, it's extremely dangerous.

"You shouldn't be parking or camping in dry riverbeds as these usually can flood at a moment's notice."

If you have been affected by Cyclone Seroja or the Perth bushfire, welfare support assistance may be available via the Department of Communities.