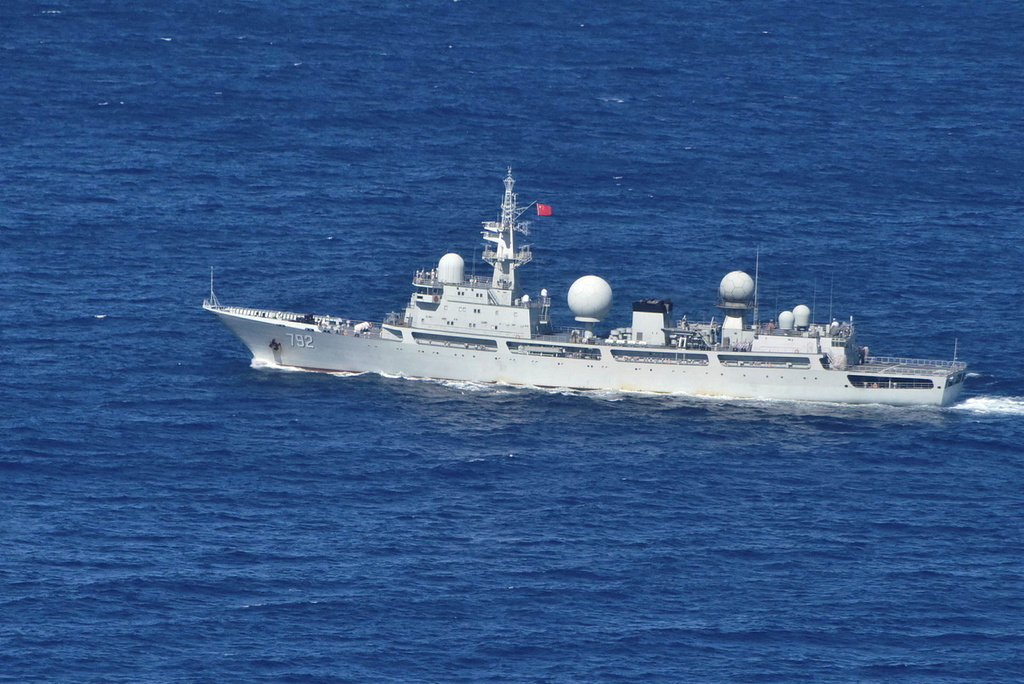 The Jerusalem Post
VIDEO: Rubble Vision: Ukrainian Bombs Destroy Russian Base
A Russian command post was reduced to rubble in a bombing blitz by Ukrainian marines. 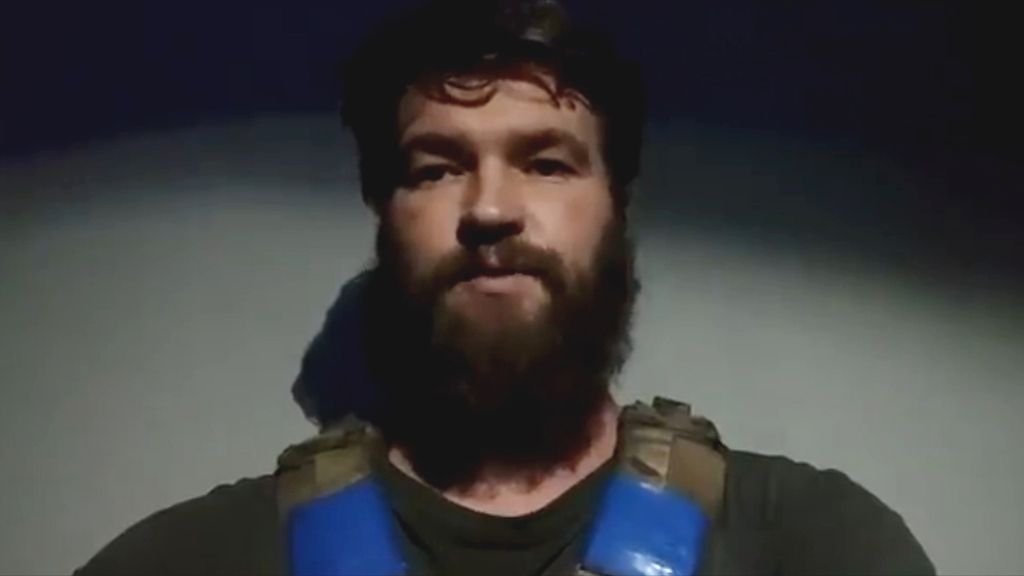 More drones, artificial intel to be used in naval cooperation in Red Sea

The US is pushing to use new technology to help secure the Middle East’s important waterways, including the Red Sea.

US Vice Admiral Brad Cooper, commander of US Naval Forces Central Command (NAVCENT), a part of the US Fifth Fleet, gave a telephone press briefing last week from the US State Department’s Dubai Regional Media Hub about the drive for new technology.

He highlighted the importance of the Combined Maritime Forces (CMF) unit, which includes partners around the region. He did not, however, discuss Israel’s possible growing role in these ties with the naval forces of Central Command, which raises some questions about how Israel may plug in to this endeavor in the future.

In the special briefing that took place on May 11, Cooper provided an update on US Navy-led initiatives in the Middle East. He also discussed the establishment of a new international task force focused on the Red Sea.

“I am proud to say that we serve here each and every day in the Middle East region with US personnel and our international partners, who I think are just performing incredible work each and every day,” Cooper said. “In fact, everything we have accomplished in recent months is a direct result of the great work our people are doing.”

What’s important here is that the CMF has now expanded to include 34 nations, including Egypt. Israel is not yet a member, and Cooper deferred questions about this issue to the Israeli authorities. The recent launch of Combined Task Force 153 is important because it is multinational and focuses on the Red Sea.

Ostensibly, this is of importance to Israel, which conducted a naval drill last November in the Red Sea with the US, Bahrain and the UAE. It also joined the IMX drill in February. US marines also trained with their Israeli counterparts last year.

Cooper said the current work of his partners was to focus on the Red Sea, the Bab el-Mandeb Strait and the Gulf of Aden.

“This is important because these waterways are critical to the free flow of commerce, and our continued presence provides both security and stability,” he said.

“Last September, I established a task force called Task Force 59 to bring in new systems,” he said, adding that “integrating new unmanned systems with artificial intelligence puts more eyes out on the water that we simply had not had in the past. We are doing this in lockstep with our regional partners. We established operating hubs for our unmanned systems here in Bahrain and also in Aqaba, Jordan, last year.”

Last year, there was an exercise “where 10 nations brought more than 80 unmanned systems to evaluate and operate them in regional waters, and we have conducted multiple bilateral exercises with many regional navies and nations,” Cooper said. “In fact, we just started a 10-day bilateral training exercise on Sunday with Bahrain that involves unmanned systems.”

THIS IS of great importance because these systems can help shoulder the burden that otherwise would need man-hours, which means you can keep eyes on more coastline.

“This is important because the waterways across the Middle East are dynamic, and they’re vast,” Cooper said. “It’s 8,000 kilometers of coastline when you stretch from the Suez Canal all the way around the Arabian Peninsula up into the North Arabian Gulf, so that is a large volume of water. So having better awareness of what’s happening in these waters simply enables us to better respond if someone warrants our attention.”

This is a major shift in technology. It also matters because of US naval posture worldwide. There has been a perception in the region that Washington is shifting resources to confront near-peer rivals such as China.

The US has gathered its “best destroyers” in waters off Japan to “hunt Chinese submarines,” Nikkei Asia media reported. A US cruiser recently transited the Taiwan Strait, USNI News reported.

“The chief of the US Navy defended the service’s plans to scrap nine relatively new warships in the coming fiscal year even as the service tries to keep up with China’s growing fleet,” CNN reported last week. “Three of the littoral [near-shore] combat ships slated for decommissioning are less than three years old. Chief of Naval Operations Adm. Michael Gilday told the House Armed Services Committee Wednesday that the anti-submarine ships could not perform their primary mission.”

WHAT DOES this mean for the Middle East? It could mean that unmanned systems will take up the slack if the US needs to shift forces to Asia. This is a slow process, so America is also working with dozens of partners in the region. The partner navies will increase their abilities, meaning they may not need to rely on all the large and heavy American surface ships.

Evidence of the new partnerships was the IMX drill with 60 nations. Task Force 153, the first new combined task force in 13 years, is also evidence of the shift. In addition, the International Maritime Security Construct now has nine members with Romania joining.

“I expect more members to join both IMSC [the International Maritime Security Construct] and CMF over the course of this year,” Cooper said. “When I look into the future, what I would tell you is we’re already planning for IMX 23, and I expect the level of that exercise to once again be the largest maritime exercise in this region.”

The US is also working closely with Saudi Arabia, he said, adding: “Over a period of years, the Saudis have commanded multiple task forces within the Combined Maritime Forces. And, in fact, this summer there will be a Saudi leader of Combined Task Force 150, which leads our maritime security operations in the North Arabian Sea and Gulf of Oman.”

Cooper also highlighted the importance of Bahrain’s commitment and its role in taking command of Combined Task Force 152, “which patrols the Arabian Gulf and consists of GCC [Gulf Cooperation Council] countries.”

THE COMMENTS by Cooper point to a new era of how the US is using drones and unmanned vessels.

“If I could just build upon that, as we look to the future, we’ve set a big goal, and that goal is to have 100 of these advanced unmanned surface vessels into navy fleets across the Middle East waters, working in close cooperation with our regional partners by the summer of 2023,” he said.

Cooper highlighted the combining of drones with AI and how this can help map the vast waters that need to be kept under surveillance.

“They do this by sending the information that they detect either by radar or by camera using artificial intelligence back to a command center, where a human being decides what to do,” he said.

In terms of accomplishments, Cooper said the “task force, which leads our efforts in counter-smuggling both in terms of weapons and drugs, was highly successful… Last year, we had about $500 million in drug seizures [and] 9,000 weapons seized.”

He described the area of the Red Sea as “the vital strategic choke points that stretch in this particular case from the Suez Canal down the Red Sea to the Bab el-Mandeb, and the operating area for this task force extends to the Gulf of Aden and basically ends at the Oman-Yemen border.”

This is related to the overall context of the need for drones and unmanned systems globally. While Cooper did not mention these efforts and did not mention Iran, because these are sensitive issues, the overall context is that important blocks are moving into place in the region in terms of partnerships and new technologies. This will impact maritime security, and the US Fifth Fleet and NAVCENT are playing a key role.

The Jerusalem Post
VIDEO: Rubble Vision: Ukrainian Bombs Destroy Russian Base
A Russian command post was reduced to rubble in a bombing blitz by Ukrainian marines.