More agony predicted for Nottingham Forest as 'understatement' comment made 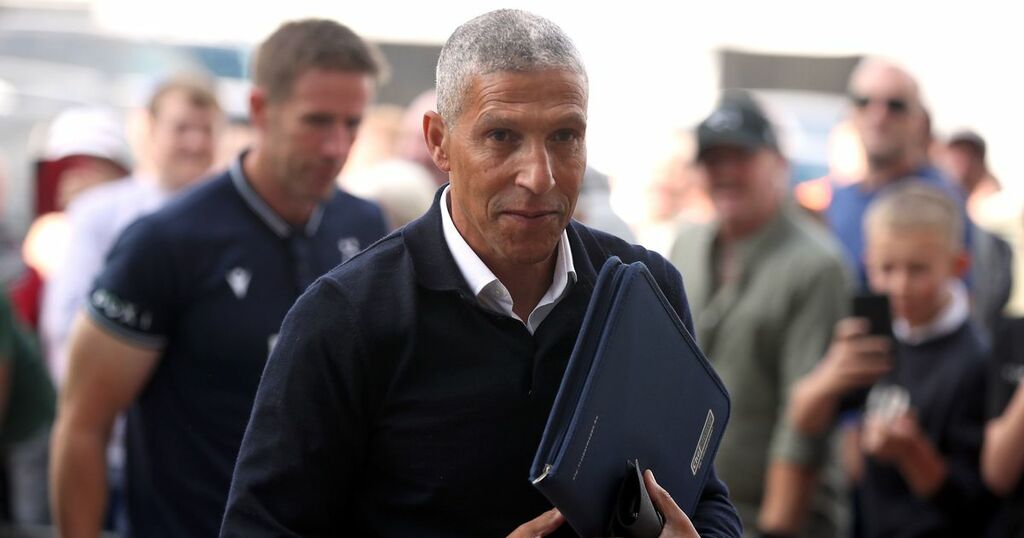 Nottingham Forest fans have been told to brace themselves for defeat against Middlesbrough on Wednesday as the pressure continues to mount on a beleaguered Chris Hughton.

The Reds boss is under immense pressure after Sunday's 2-1 defeat to Cardiff at the City Ground, which left them bottom of the Championship with just one point from six games.

With unrest growing at the Reds and Hughton's position coming under intense scrutiny, victory on Wednesday night would bring much-needed relief on Trentside.

But Sky Sports pundit David Prutton does not believe Forest will secure a much-needed three points as he predicted a 1-0 win for Boro, which, if it happens, will leave Hughton on further shaky ground.

"It's an understatement to say things aren't going to plan for Forest at the moment," said Prutton.

"They are still rooted to the base of the table, with just a point to their name, and the pressure is growing on Chris Hughton by the day. That first win of the season has not been forthcoming.

"Though not quite as gloomy, there's a similar situation at Middlesbrough.

"With the calibre of players they brought in this summer, expectations were high, and you'd imagine Neil Warnock will be disappointed with what he has seen so far. I think they may just take the points here, but not by much."

Boro arrive in the city on Wednesday night having made an average start to the campaign despite backing Neil Warnock considerably in the transfer market in the summer.

They have picked up six points from their opening six matches.

Boro were beaten 2-0 by Coventry at the weekend, which led Warnock to hit out at the officials.

“The two penalty shouts, dear me," he said to Teesside Live after the match.

“Handball. The linesman is stood facing it five yards away. He said he thought his hand was in a natural position, but it’s not a natural position when you go like that [motions bring his upper arm up from the shoulder] to stop the ball. It’s ridiculous, really.

“The referee then said Uche went down too easy, but it didn’t help that the lad’s foot was in between Uche’s legs tripping him up. It’s disappointing.”