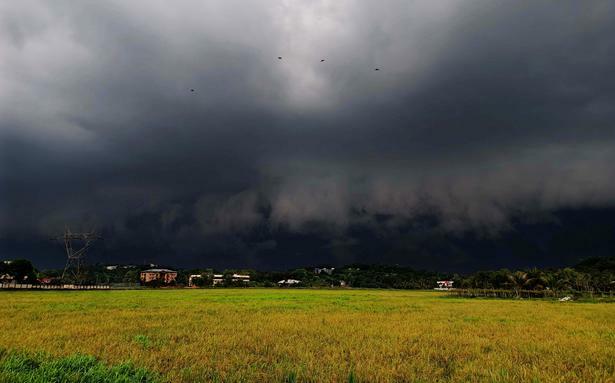 Monsoon may reach Kerala early, onset over Andaman likely on May 15
Advance movement due to cyclone Asani: IMD

India Meteorological Department (IMD) on Thursday said the Southwest Monsoon is likely to arrive in the country earlier than expected,…

THIRUVANANTHAPURAM: The India Meteorological Department (IMD) issued a red alert for Ernakulam and Idukki districts of Kerala for Saturday indicating…

Monsoon to arrive early over Kerala

Monsoon is slated to make its earliest arrival in 13 years over Kerala. The India Meteorological Department (IMD) said on Friday that the monsoon will make its onset over the State on May 27, four days ahead of its normal date of June 1.

Except for 2015, monsoon has arrived within the four-day window of the date forecast by the IMD from 2005 to 2021, the IMD said in a press statement.

The monsoon’s arrival over India is marked by monsoonal rains over south Andaman Sea which then advance north-westwards across the Bay of Bengal. Usually, the southwest monsoon advances over the Andaman Sea around May 22. But this year, said D.S. Pai, a senior forecaster with the IMD, monsoon has nearly reached the Andamans.

In association with enhanced cross equatorial winds, conditions are becoming favourable for southwest monsoon advancing into South Andaman Sea, Nicobar Islands and some parts of southeast Bay of Bengal, around May 15, the IMD statement noted.

However, there is little correlation between the monsoon’s arrival and the quantum of rainfall. In 2009, for instance, the monsoon’s early arrival failed to inure India against its biggest drought in 40 years. “Past data suggest that there is no association of the date of monsoon advance over the Andaman Sea either with the date of monsoon onset over Kerala or with the seasonal monsoon rainfall over the country,” according to the IMD.

The India Meteorological Department (IMD) has forecast a normal monsoon for this year, with the country expected to get 99% of the Long Period Average (LPA). The normal monsoon is premised on the absence of an El Nino, a phenomenon associated with a warming of the Central Pacific and drying up rains over northwest India during the monsoon months of June-September.

Monsoon may reach Kerala early, onset over Andaman likely on May 15
Advance movement due to cyclone Asani: IMD

India Meteorological Department (IMD) on Thursday said the Southwest Monsoon is likely to arrive in the country earlier than expected,…

THIRUVANANTHAPURAM: The India Meteorological Department (IMD) issued a red alert for Ernakulam and Idukki districts of Kerala for Saturday indicating…