Monkeypox: What vaccines, treatments do we have to combat the virus. Read here

Here's what we know about the existing range of vaccines and treatments:

World Health Organization has said the first generation of smallpox vaccines appear up to 85% effective in preventing monkeypox as both viruses are closely related.

Currently, we have two smallpox vaccines available: 1) Jynneos/Imvamune/ Imvanex made by Bavarian Nordic and 2) ACAM2000 by Emergent Biosolutions.

Jynneos/Imvamune or Imvanex is made by Danish company Bavarian Nordic contains a weakened form of the vaccinia virus that is closely related to, but less harmful than, than the viruses that cause smallpox and monkeypox. This modified version of vaccinia does not cause disease in humans and cannot reproduce in human cells.

It has US approval for the prevention of both smallpox and monkeypox. European Union approval is for smallpox, although doctors can prescribe it off-label for monkeypox. Bavarian Nordic said it would probably apply for a label extension with the EU's drug watchdog to include monkeypox.

Side-effects: The reported side-effects include pain and swelling at the injection site as well as headache and fatigue.

ACAM2000: is comperatively older vaccine. It also contains the vaccinia virus, but it is infectious and can replicate in humans. As a result, it can be transmitted from the vaccine recipient to unvaccinated people who have close contact with the inoculation site.

ACAM2000 has US approval for people at high risk for smallpox infection. It does not have EU authorisation.

Side-effects: Apart from side-effects associated with many vaccines, such as a sore arm and fatigue, it also carries a serious warning for a potential range of severe complications, including heart inflammation, blindness and death.

It is also not designed to be used in certain groups of people, such as those with compromised immune systems.

Most monkeypox patients experience only fever, body aches, chills and fatigue. People with more serious illness may develop a rash and lesions on the face and hands that can spread to other parts of the body.

Most people recover within about two to four weeks without needing to be hospitalized, monkeypox can be fatal for up to 6% of cases and is thought to be more severe in children.

Patients may receive extra fluids and treatment for secondary bacterial infections. An antiviral agent called tecovirimat - branded as TPOXX and made by SIGA Technologies - has US and EU approval for smallpox, while its European approval also includes monkeypox and cowpox.

Another drug, branded as Tembexa and developed by Chimerix , has US approval to treat smallpox. It is not clear whether it could help people infected with monkeypox.

Both TPOXX and Tembexa were approved based on studies in animals showing they are likely to be effective, because they were developed after smallpox in human beings had been eradicated through mass vaccination.

The WHO classified smallpox as an eradicated disease in 1980, but there have been longstanding concerns that the virus could be used as a bioweapon, leading countries to stockpile vaccines.

The WHO holds 2.4 million doses at its Swiss headquarters dating from the final years of the eradication programme. The agency also has pledges from donor countries for more than 31 million additional doses.

U.S. officials say there are more than 1,000 doses of the Bavarian Nordic vaccine in the national stockpile and expect that level to ramp up very quickly in the coming weeks. The country also has 100 million doses of ACAM2000.

Germany has said it had ordered 40,000 doses of Bavarian Nordic's vaccine, to be ready to vaccinate contacts of cases if needed.

Other countries, including Britain and France, are also offering or recommending vaccines to people with close contact to infected people and healthcare workers.

Bavarian Nordic, which has an annual production capacity of 30 million doses, told Reuters multiple countries have approached it interested in buying its vaccine, without providing details. A spokesperson said it does not need to expand production. 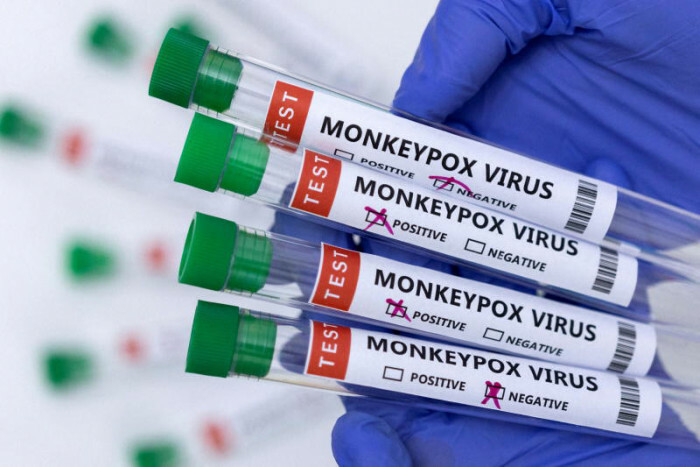 Explainer: What vaccines, treatments do we have to combat monkeypox?
With cases of monkeypox inexplicably on the rise outside of Africa - where the viral disease is endemic - public…

Speaking about the viral disease, Arora said that Monkeypox is not as contagious or severe as Covid-19

Livemint
Expert confident we have vaccines and drugs to treat monkeypox