Monkeypox: What are the symptoms, how does it spread, and how worried should we be?

An unusual outbreak of monkeypox has now spread to at least 15 countries, with Australia recording its first two cases of the viral disease on Friday.

Monkeypox, which is caused by the monkeypox virus — a member of the same family of viruses as smallpox — is rarely seen outside of Africa, and not known to spread easily from person to person.

Since early May, at least 120 confirmed or suspected cases have been detected outside Africa, including in Europe, the US, Canada, Israel and Australia, according to the World Health Organization (WHO).

While monkeypox is considerably less infectious than respiratory illnesses like COVID-19, and the outbreak is not a cause for panic, the rapid spread of the virus appears to signal a shift in its behaviour.

"Monkeypox is not on the same scale as COVID-19 … it doesn't send lots and lots of people to hospital," infectious diseases expert Sanjaya Senanayake told ABC News Breakfast.

What exactly is monkeypox?

Monkeypox is a viral zoonotic disease that was first discovered in monkeys in the 1950s and first reported in humans in 1970 in the Democratic Republic of Congo.

It causes flu-like symptoms and a distinctive skin rash or lesions — very similar to what was seen in smallpox patients in the past, although much less severe.

Monkeypox is primarily found in tropical rainforest areas where animals that carry the virus — notably rats — live. It's endemic in parts of west and central Africa.

There are two main strains or "clades" of the virus — the Congo Basin clade and the West African clade, the latter of which has been identified in the most recent outbreak, says epidemiologist and global biosecurity expert Raina MacIntyre.

So far, no deaths have been reported in this outbreak.

Why are experts concerned?

There are a few thousand cases of monkeypox throughout west and central Africa every year, but it's unusual to see cases in places like Europe and North America — especially in people with no travel history to endemic areas.

The earliest known case in the outbreak was linked to travel in Nigeria, but subsequent cases have not been tied to either travel or other previously confirmed cases, suggesting some level of community spread.

Since human-to-human spread is not common — previous research estimates just 3 per cent of close contacts of a monkeypox case will become infected — scientists have speculated whether the virus may have mutated to become more transmissible.

So far, the WHO says there is no evidence of this.

It's also been speculated that monkeypox may be spreading asymptomatically; however, people with monkeypox are normally infectious while they have symptoms, and it's not clear whether people who don't have symptoms can spread the disease.

Another unusual feature of the outbreak is that most cases — but not all — are being detected through sexual health services and among men who have sex with men, Professor MacIntyre said.

Monkeypox has not previously been characterised as a sexually transmitted infection, but it can be passed on through close physical contact during sex.

"WHO and other organisations are speculating that it has been sexually transmitted, but I think when you are in really close contact, it's hard to say whether it's sexual contact per se or just close contact," Professor MacIntyre said.

Health authorities say it's too early to say why cases have been reported more commonly among men who have sex with men, but that it may come down to "positive health-seeking behaviour" in this demographic.

"Monkeypox rashes can resemble some sexually transmitted diseases, including herpes and syphilis, which may explain why these cases are being picked up at sexual health clinics," the WHO said.

It added that the likelihood of seeing more cases in non-endemic countries — including in other population groups — was high given "unidentified chains of transmission".

Why are we seeing monkeypox cases now?

According to the WHO, the wide geographic spread of monkeypox cases may indicate that transmission of the virus has been going on for some time.

Early genomic sequencing of a handful of cases has also suggested the strain currently spreading is similar to one that was identified in Europe in 2018, Professor Senanayake said.

"Potentially, it's been in Europe for a while and just under the radar, causing tiny outbreaks that haven't made people too sick and have been missed," he said.

"People are now moving more closely together, particularly in the northern hemisphere, which is allowing it to spread."

Monkeypox outbreaks have increased in recent years, which Professor MacIntyre said may be the result — at least in part — of declining levels of immunity to poxviruses in the general population, conferred by the smallpox vaccine.

"Smallpox was declared eradicated in 1980, and the last mass vaccination programs ceased in the 1970s," she said.

"The smallpox vaccine protects against many of the orthopoxviruses, including monkeypox."

Since mass vaccination against smallpox ended 40-50 years ago, the proportion of people who are unvaccinated has grown to include most people under 50, and immunity in older, vaccinated people has waned.

What are the symptoms of  monkeypox?

Monkeypox is rarely fatal, especially in countries like Australia where people generally have good access to healthcare.

If you get infected, there tends to be two parts to the illness, with symptoms lasting from two to four weeks, Professor Senanayake said.

"The early part is about five days of very high fever, very nasty headaches, muscle aches and pains," he said.

"And then a rash starts — usually this rash involves the face and spreads down and involves the palms [of the hands] and soles [of the feet]."

The rash, which comprises skin lesions that are filled with pus (before they crust, dry up and fall off), can also be found on the mouth, genitals and eyes.

Monkeypox is usually self-limiting and symptoms go away on their own within a few weeks, but the disease can be severe in some individuals.

Health authorities overseas have already begun offering smallpox vaccines to some healthcare workers and contacts who may have been exposed, which research suggests are about 85 per cent effective against monkeypox.

However, the WHO says the outbreak does not require mass vaccinations, as measures like good hygiene and safe sexual behaviour will help control its spread.

How worried should we be?

While health officials have asked doctors and nurses to be on alert for potential cases, they say the risk to the general population remains low.

"While the new clusters of monkeypox cases in the UK and Europe need to be monitored, there is no cause for panic," said Fasséli Coulibaly, associate professor at Monash University's Biomedicine Discovery Institute.

"First, the mode of transmission of viruses from this family does not present the explosive spreading power of respiratory viruses like SARS CoV-2 and influenza virus.

"Second, monkeypox is caused by a virus that is not new.

"It has been known to infect humans at least since the 1970s and is closely related to viruses we know how to combat."

Maria van Kerkhove, WHO's emerging diseases and zoonoses lead and technical lead on COVID-19, said the situation was "containable", particularly in Europe.

"But we can't take our eye off the ball with what's happening in Africa, in countries where it's endemic," Dr van Kerkhove said. 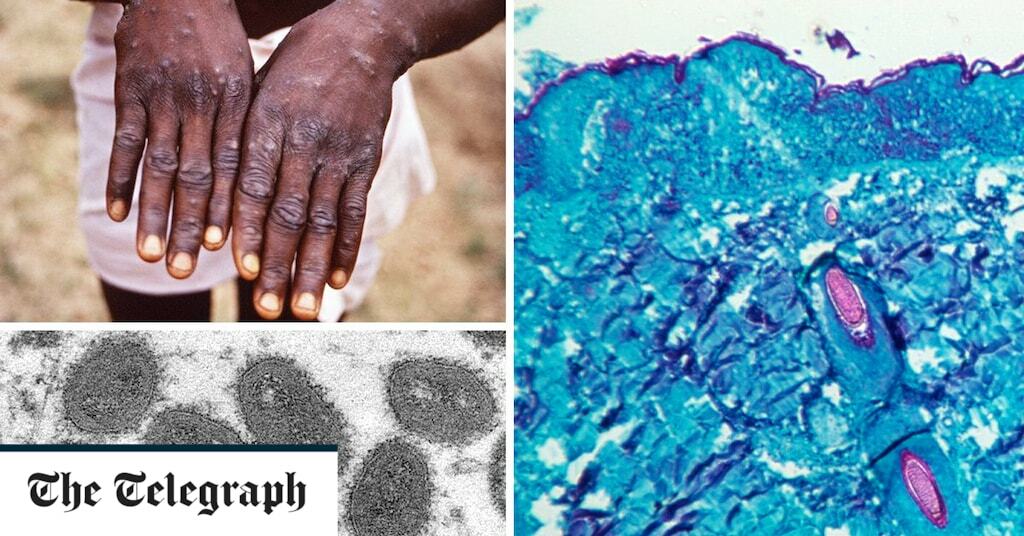 Monkeypox: What is it, what are the symptoms, and how does it spread?
To date, the number of monkeypox infections confirmed in the UK is 302

The Telegraph
One subscription that gives you access to news from hundreds of sites
Monkeypox: Can it be treated and how worried should we be?

Al Jazeera
Monkeypox symptoms: What to look for and how it spreads

Tropical disease is now detected in UK, US, Spain and Portugal