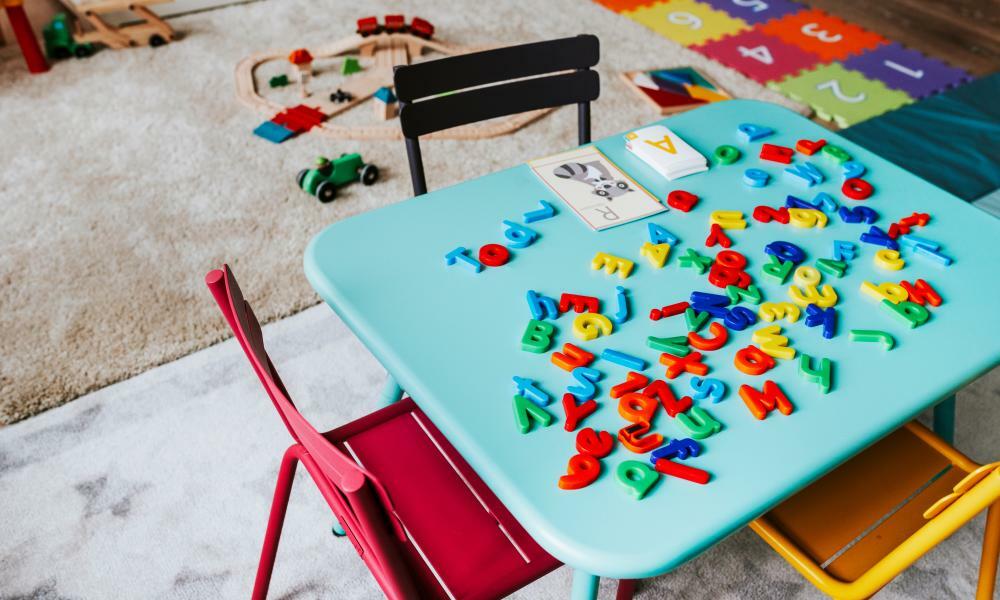 Morning everyone. I’m Martin Farrer and these are today’s top stories.

Tens of thousands of working parents say the government is failing them with inadequate childcare policies that leave them financially crippled, stymied in their careers and desperate for radical change. A survey of more than 20,000 working parents has found that 96% believed ministers were not doing enough to support parents with the cost and availability of childcare while 97% said childcare in the UK was too expensive. One-third of parents said they paid more for childcare than their rent or mortgage. This proportion rose to 38% for both those in full-time work or single parents, and to 47% of respondents from a black ethnic background. Only Switzerland and Slovakia has more expensive childcare, according to OECD figures. Some parents, like Hertfordshire teacher Sophie Cole, have quit their jobs to look after their children because care is so expensive.

‘Our girl’ – The euphoria over Emma Raducanu’s US Open tennis win has given rise to a debate about multiculturalism, with many hailing her victory as a triumph of Britain’s ability to integrate people from all over the world. But Sunder Katwala, of British Future, a thinktank that promotes debate about immigration and integration, warned that such “exceptional stories … don’t answer the broader public questions about if we are good at identity integration, equal opportunity and shared identities”. Raducanu herself put her extraordinary success down to strong “inner belief” instilled by her Romanian father and Chinese mother. And members at Parklangley sports club in Beckenham, where Raducanu learned to play, were toasting the success of “our girl”.

Coronavirus – Chronic neglect of the NHS, poor pandemic preparedness and flawed government policies have contributed to the appalling impact of the Covid-19 crisis in the UK, according to the British Medical Association. In a speech tonight, Dr Chaand Nagpaul, the BMA’s chair of council, will warn that doctors “will not accept a return to the old pre-pandemic NHS, which was so patently understaffed and under-resourced”. Meanwhile, plans to introduce vaccine passports across England next month have been shelved in a U-turn by the government. But Conservative opponents fear they could still be made mandatory later this year amid a warning the NHS faces “the worst winter in living memory”. In Scotland, Nicola Sturgeon thinks the Covid-era solidarity between her government and Westminster should pave the way for agreement on a second independence referendum. In the US, Joe Biden’s plan to mandate vaccines for millions of workers continues to attract fierce opposition from Republicans. Asa Hutchinson, the governor of Arkansas, said it “divides and disrupts” the nation.

Cancer test – The NHS has launched the world’s largest trial of a potentially gamechanging blood test that aims to detect more than 50 types of cancer before symptoms appear. More than 100,000 volunteers are being sought to provide blood samples at mobile test clinics in regions across England from Monday to assess how well the Galleri test works in the health service.

Hospital ‘babysitters’ –A third of all children’s acute hospital beds in parts of England are being occupied by vulnerable children who do not need acute medical care but have nowhere else to go, experts have warned. Doctors say they feel like expensive “babysitters” for vulnerable children, many of whom are in care but whose placements have broken down because of their violent and self-harming behaviour. Others have disorders and need specialist treatment not available on ordinary children’s wards, where they get “stuck”, sometimes for months at a time. A child services chief and a paediatric consultant give two sides to the growing problem for hospitals and councils

It’s showtime – Britain’s biggest theatre owners are banking on new big-budget productions including Andrew Lloyd Webber’s Cinderella, Disney’s Frozen and Back to the Future to stage a post-pandemic comeback in the West End. Theatregoers will also be able to see Moulin Rouge, Life of Pi, Matilda, Wicked, and the Book of Mormon open their doors. “The level of excitement and the opening response from audiences is phenomenal,” says Nick Allott of the Cameron Mackintosh group.

Scientists treating depression and a range of other mental illnesses have been running controlled trials using MDMA and psychedelic drugs such as LSD and the results have been encouraging. Robin Carhart-Harris talks about the findings.

For more than 20 years the designer and presenter Kevin McCloud has shown viewers of his eternally popular Grand Designs TV show what it really costs to build a dream home. He talks to Emine Saner about how he avoids becoming emotionally involved in the programme’s intense dramas, losing money in his own property business, and why the UK needs radical land reform.

Novak Djokovic’s dreams of a calendar slam were ended as Daniil Medvedev outplayed the world No 1 6-4, 6-4, 6-4 to win his first major title at the US Open. The defeat showed a rare glimpse of the Serb’s vulnerabilities, while the Russian said he would be celebrating hard. Lewis Hamilton has said the halo cockpit protection device was fundamental in saving his life after a crash at the Italian Grand Prix, where the plaudits belonged to McLaren and a remarkable one-two for Daniel Ricciardo and Lando Norris. An emotional Jürgen Klopp said Liverpool’s “brilliant” 3-0 win at Leeds had been completely overshadowed by Harvey Elliott sustaining a dislocated ankle on only his third Premier League start. Tottenham recovered from conceding an early goal to pull off a controversial 2-1 win at Manchester City in the Women’s Super League as Rosella Ayane handled the ball in the buildup to the winning goal. Justin Rose was the high-profile casualty as Padraig Harrington confirmed his European captain’s picks for this month’s Ryder Cup at Whistling Straits. And after eight days of racing, the Tour of Britain came down to the final 100 metres when a single imperious burst of speed from Wout van Aert on the Esplanade in Aberdeen landed the Belgian the title ahead of Ethan Hayter.

Post-Brexit trade barriers have added an extra £600m in costs to British importers since January. Customs duties paid by UK businesses shot up from £1.6bn in the first half last year to a record £2.2bn in the same period this year, according to an analysis of HMRC data. Renewable energy developers will compete for a share in a £265m subsidy pot as the government aims to support a record number of projects in the sector. Waitrose is aiming to eliminate 40m single-use plastic bags a year by removing them from deliveries and in-store collections, starting two weeks from today. The FTSE100 looks like opening flat, while the pound is buying $1.383 and €1.172.

The Telegraph devotes half its front page to a picture of a delighted Emma Raducanu with her US Open tennis trophy, and underneath is the main story: “Johnson to rip up Covid restrictions”. Most of the papers have a similar image and it is the main story in the Mail which reports on a likely new year’s honour in the offing: “Now for the gong, Emma”. The Sun splash headline is a quote from Raducanu’s dad saying “You’re better than I thought!”.

The Guardian leads with “Parents demand radical change to make childcare affordable” and the Times has “Huawei ‘infiltrates’ Cambridge”. The i’s lead is “Booster jabs or bust – the PM’s new Covid plan” and the Express “Wonder blood test spots cancer early”. The Mirror has “Cancer test revolution” and in Scotland the Record goes with a push by ambulance unions for change to ease pressure on crews: “Help us save lives”. The FT leads with “More mayors the key to tackling regional inequality, says Jenrick”.

The Guardian morning briefing is delivered to thousands of inboxes bright and early every weekday. If you are not already receiving it by email, you can sign up here.