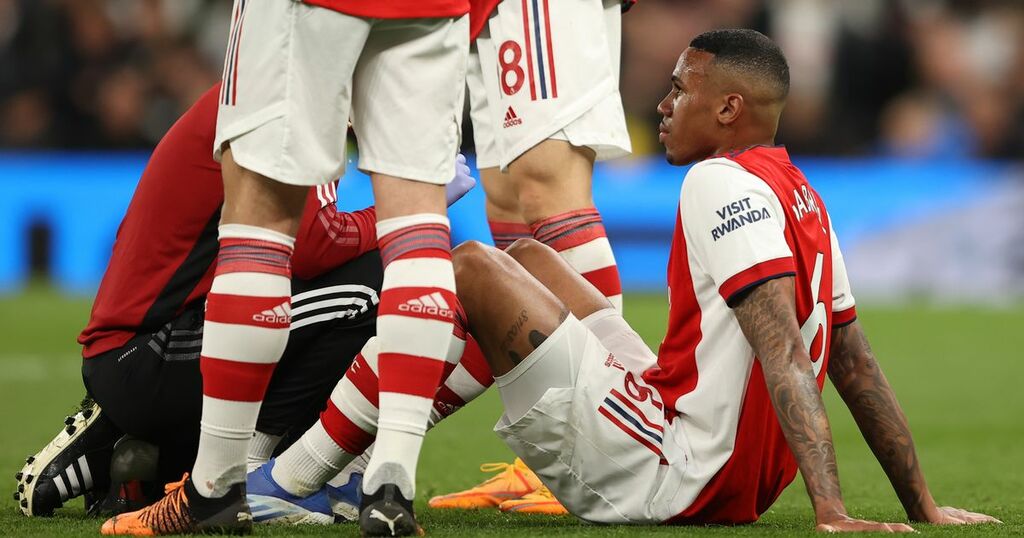 Arsenal suffered a blow in the race to qualify for the Champions League by losing to their bitter rivals Tottenham.

The momentum has swung a lot in this top-four race, but now it feels like it has taken a decisive shift towards Tottenham.

They came into this game trailing Arsenal by four points, knowing that defeat would mean their dream of qualifying for the Champions League is over.

They leave it, one point behind Arsenal and safe in the knowledge that if they beat Burnley at home on Sunday, by the time the Gunners face Newcastle on Monday night they will have leapfrogged them into fourth place.

Champions League qualification is still in Arsenal’s hands, and they will achieve it if they win their final two games, however it is impossible to underplay the significance of this defeat tonight.

Harry Kane was once again the man who put Arsenal to the sword, as he has so often in the past, taking his tally of north London derby goals to 13 with a brace.

The first of those came in the 22nd minute, but before that Arteta’s side had started the game well in a hostile atmosphere.

The Tottenham Hotspur Stadium has been starved of nights like this due to the Covid-19 pandemic, however this felt like they were making up for it.

Arsenal’s solid start was undone when Cedric went into the back of Heung-min Son as he went for a header. It looked soft, but once referee Paul Tierney gave it, VAR was never telling him to overturn it.

Kane made no mistake from the spot and Arsenal began to unravel after that, with Rob Holding picking up two yellow cards in the space of seven minutes.

Both his bookings came courtesy of altercations with Son, who gave him a torrid time. The first was the result of Holding getting too tight, forcing him to bring the South Korean down.

The second, like Spurs’ penalty, Arsenal may argue was soft, but it was also similarly needless. Son was trying to race through onto a pass over the top and Holding blocked him off.

Four minutes later Tottenham had doubled their lead as Kane headed home at the back post. Make that 13 north London derby goals.

It went from bad to worse for Arsenal after the break as Son capitalised on some poor defending to make it 3-0.

From there, you feared the wheels could come off for Arsenal, but they at least managed to stem the tide.

That is the challenge for Arteta too now in the race for the top four, because it is still in Arsenal’s hands.

The question is - can he steady the ship at this vital moment?

The biggest surprise of Arsenal’s run of form coming into this game had been the architects behind it.

They had not been the likes of Bukayo Saka or Emile Smith Rowe, but instead Eddie Nketiah, Mohamed Elneny and Holding.

The trio, however, all had off-nights on Thursday as Arsenal were brought back down to earth with a bump.

Holding lasted just over 30 minutes before being sent off, while Nketiah barely had a kick up top and Elneny was swamped in midfield.

It was a night they, and Arsenal, will want to forget quickly.

Arsenal need White back firing for Newcastle on Monday

It was a welcome sign for Arsenal fans seeing Ben White on the bench against Spurs, but they will need him to start at Newcastle on Monday.

Arsenal are suddenly short of centre-back options after Holding was sent off here and Gabriel went off with a knock 15 minutes before the end.

White’s return will be a welcome boost, particularly as Newcastle is now a must-win game for Arsenal after this defeat.

Arteta has successfully managed to stop the wheels coming off after big defeats before, but this feels arguably his biggest challenge yet. Having White back and fit will be a huge help.

Arsenal suffered a blow in the race to qualify for the Champions League by losing to their bitter rivals Tottenham.