Moment of Silence Held Before Mavs-Warriors After Texas Shooting

Editor’s Note: This story contains details of a mass tragedy and gun violence. If you or someone you know is a survivor of a mass tragedy or is coping and needs to speak with someone, please call 1-800-662-HELP (4357) or visit https://www.samhsa.gov/find-help/national-helpline.

Ahead of Game 4 of the Western Conference Finals between the Mavericks and Warriors, the American Airlines Center held a moment of silence for the community of Uvalde, Texas, after at least 21 people, including 19 children and two adults, were shot at Robb Elementary School on Tuesday.

The suspected gunman was an 18-year-old man who abandoned his vehicle and entered the school with a handgun and possibly a rifle, governor Greg Abbott said. The suspect is dead and acted alone, police later said in a press conference.

The P.A. announcer struggled to speak ahead of the 10-second moment of silence. The moment was also for Michael Coyne, a teacher who died going home from Game 3.

“Our thoughts and prayers are also with the victims of the horrific shooting today at Robb Elementary School in Uvalde, Texas,” the announcer said. “We mourn with their families and friends and the entire community after this unspeakable tragedy.”

The moment of silence came after Warriors coach Steve Kerr told reporters before the game that he was “tired of the moments of silence,” and that people need to act rather than just talk. Or, in that case, sit in silence.

“When are we going to do something?” Kerr said, after he hit the table. “I’m tired, I’m so tired of getting up here and offering condolences to the devastated families that are out there. I’m tired of the moments of silence.”

Kerr still participated in the moment of silence, along with both teams and coaching staffs.

Sports teams across the country, including the Washington Nationals, the Connecticut Sun and Cleveland Guardians among others, also observed moments of silence ahead of their games on Tuesday night. 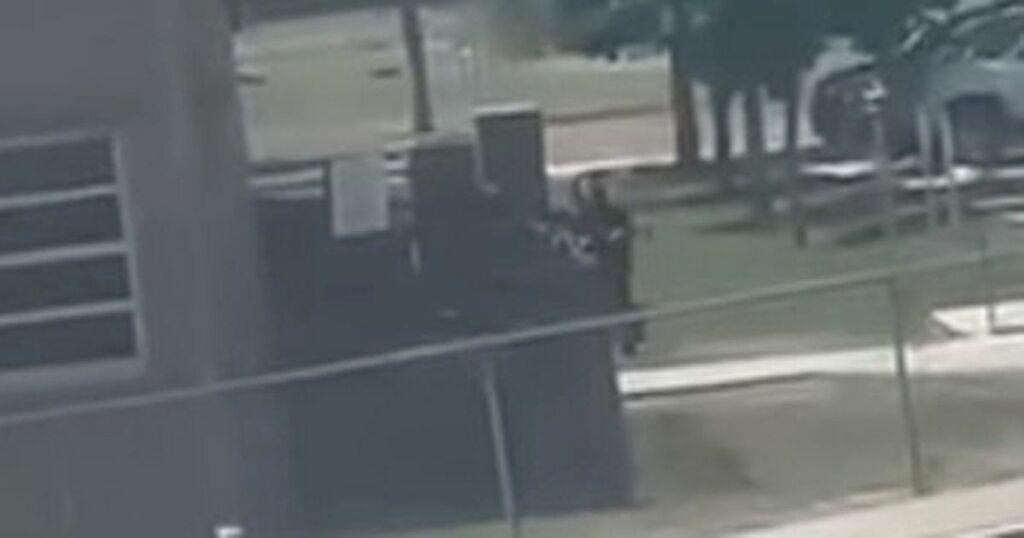 Steve Kerr appealed to U.S. lawmakers prior to the Golden State Warriors' NBA play-off against the Dallas Mavericks following a…

Prior to Game 4, Steve Kerr delivered an impassioned response to Tuesday's tragic mass shooting at an elementary school in…