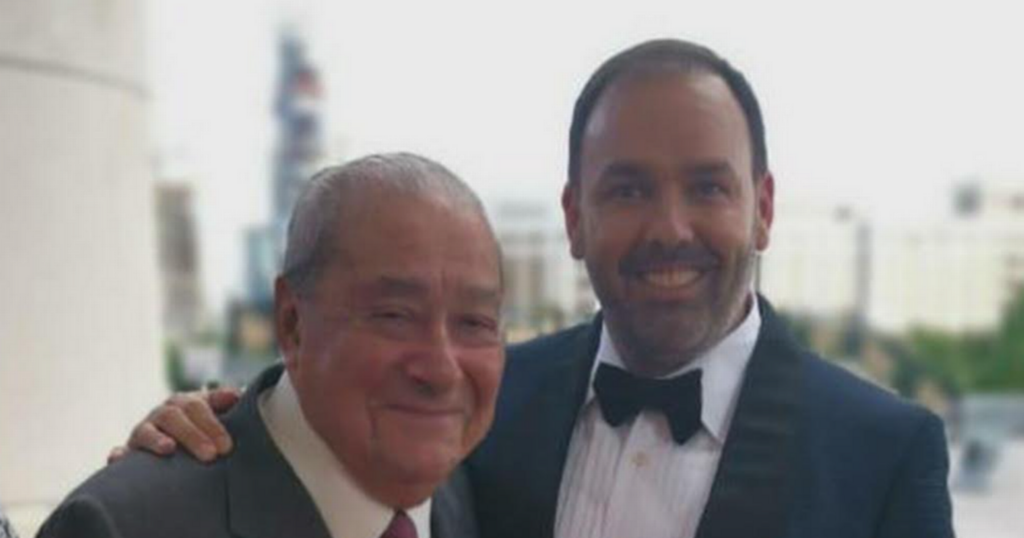 Daniel Kinahan is haggling for money on behalf of boxers for whom he acts as an “advisor”, a top US promoter has admitted.

However, Bob Arum has also insisted the mob boss is “irrelevant” in a new TV deal involving three of Kinahan’s fighters with Sky Sports.

Arum, who spoke to Kinahan as recently as last Wednesday, has signed a deal between his Top Rank organisation and Sky to broadcast events from the US in Ireland and the UK.

All three fighters are listed by Sky on its website as being part of the broadcast deal in which they will air their bouts.

Both Taylor and Herring are managed by MTK, a firm co-founded by crime boss Kinahan but in which it is claimed he is no longer involved.

When asked if Sky were aware that Kinahan continues to advise fighters promoted by him, Arum told us: “It’s irrelevant because, yeah, Daniel might be an advisor to one fighter or another fighter but so are other people.

“If we were using just his fighters, or if he was telling us what to do, yeah that maybe would be a cause of concern. But that’s not the way it is.”

He said he has no choice but to deal with him and added: “If he’s advising a fighter, I can’t really tell a fighter to get another advisor.”

“If Herring wants to pay him money for his advice, that’s up to Herring. If you ask me under oath, is Herring paying him anything, how would I know? I really don’t know.”

Arum talked to Kinahan by phone as recently as last Wednesday, but is adamant his dealings with him are regarding just the business of boxing. Former federal prosecutor Arum said: “I find him pleasant to deal with. But again, like every other manager we deal with, there’s sort of an adverse situation because he’s representing the fighters therefore he is trying to extract the most money for the fighter out of us which is what he should be doing.

“If I say I’m prepared to pay a fighter a million dollars on a purse, and he says no, I want $1.2million, then we figure it out, we stick our ground on a million or make a compromise. But that’s normal the way business goes with us.”

Kinahan – who runs a €1billion global drugs and arms cartel from his Dubai bolthole – has continued to work in the very top tier of the sport despite his criminal links being exposed. But Arum has only ever seen him at one fight, which was a bout in Kazakhstan in 2019, where he and Kinahan attended a charity event.

Kinahan has not been seen ringside for a number of years after his cartel launched a war on the Hutch gang for the 2016 Regency Hotel attack.

He is also banned from entering the US, along with close to 30 associates.

Asked if it’s unusual that an advisor to a boxer does not attend fights, Arum said: “It’s each to their own. I think it’s more prevalent that they would go to the fights than they wouldn’t, but it’s all over the place.”

The boxing hall of famer has previously revealed that he has signed a number of fighters Kinahan suggested to him but that has not been the case for a year.

Last week Eddie Hearn appeared to suggest that Kinahan had been involved in negotiations with Sky and his firm Matchroom for fighters managed by MTK, which Sky later denied.

A Sky Sports spokesman said: "Sky Sports don’t have anything to add from the statement last week, which is that, as a broadcaster, Sky works only through our promoters to secure fights to air on TV."

Daniel has previously been named in the High Court as the leader of the Kinahan Organised Crime Group.