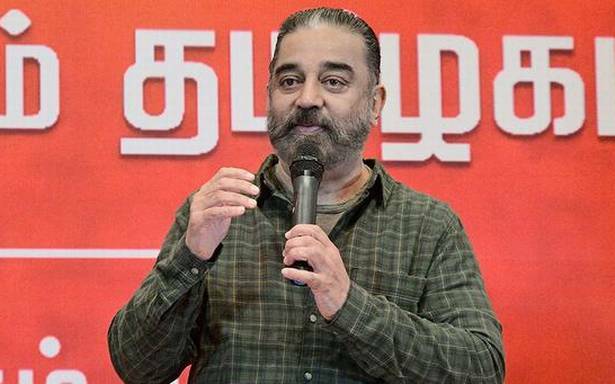 The Makkal Needhi Maiam (MNM) is set to identify close to 1,521 candidates for the upcoming local bodies elections, which will be held in nine districts on October 6 and 9.

Party founder Kamal Haasan is likely to campaign. Vice-president A.G. Mourya said a zonal or district secretary had been put in charge of each of the nine districts. “They will forward the names of potential candidates to the State committee, which includes senior party members such as Thangavelu, Sripriyaa and Senthil Arumugam. We will identify 1,521 candidates,” he said, adding that the party might go it alone.

“We will field good candidates... We are working hard,” Mr. Mourya said, admitting that the local bodies elections held in rural areas might pose several challenges to a party that has grown only in urban areas.

He said the party hoped to do well in districts in the vicinity of Chennai such as Kancheepuram, Chengalpattu and Vellore.

This would be the first local bodies elections for the party since it was founded in 2018.