Mitchell van der Gaag appears set to join his Ajax boss Erik Ten Hag at Manchester United next season. The pair have worked together for the past year at Ajax after Van der Gaag was promoted from the club's Jong Ajax side last season and they have enjoyed success together, cruising through Ajax's Champions League group with six wins from six as well as winning the Eredivisie title.

However, the pair will have a large in-tray at United and have been brought in to solve a number of problems at the club, with problems in the dressing room a big priority for the Dutch duo. Van der Gaag will bring a wealth of experience alongside fellow assistant Steve McLaren with the hope of bringing harmony to the club in the pursuit of major trophies.

Van der Gaag has been a successful manager in his own right, managing Portuguese side Belenenses to the 2012/13 second division title in Portugal as well as spells with Eindhoven, Excelsior and NAC in the Netherlands. This experience will be key in what will be one of the most important seasons in the history of Manchester United.

ALSO READ: How Man United could line up under Erik ten Hag with Frenkie de Jong and three more signings

He is able to speak five languages (Dutch, English, Spanish, Portuguese and French), which will be key in man-management. he also has key experience in developing young players having been highly trusted within the famed Ajax youth system, managing the Jong Ajax side between 2019 and 2021, with the Amsterdam club's desire to keep him on board after Ten Hag's departure a strong endorsement of his skills as a coach and leader.

However, he is unlikely to have encountered problems such as the ones faced by United right now, with global superstars to keep happy. He has, however, offered his views on how to keep harmony in the dressing room, a key skill for his potential role at United. In an interview in his native Holland, he explained his views on man-management.

Van der Gaag said: “I used to have discussions with the whole team, but as field coach I am moving away from that more and more. Players increasingly prefer individual conversations. That takes a lot more time and energy, but I have the feeling that I can reach my players better that way.

“I sit down with players every week and we look at how he has played together with the footage. As a result, I can demand much more and you also get more sense of responsibility from the player. They can hide in a group. It's not just fair weather conversations either. If I'm not satisfied, I'll say so. Then everyone will know where he stands.

“I talk to everyone. If I don't, and suddenly we have to call on a substitute, I don't want to be paying attention to that player for the first time. You don’t want a player to think ‘ah, he suddenly has time for me, now I am suddenly important.’ I am naturally quite calm - but nor do I run away from a conflict.” 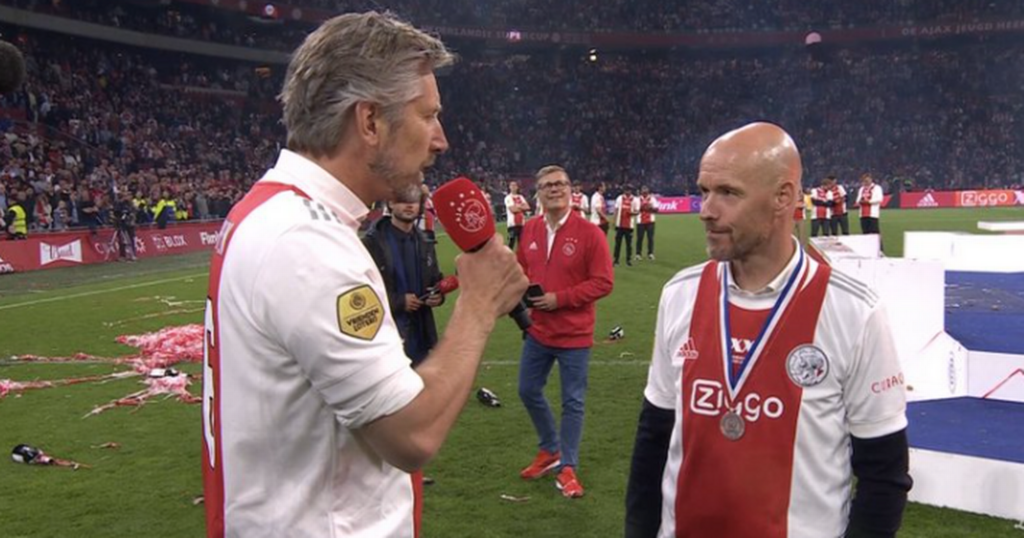 Erik ten Hag is going to have the luxury of working with a wealth of promising youngsters next season.