Misuse of Gaza aid is likely to continue - opinion 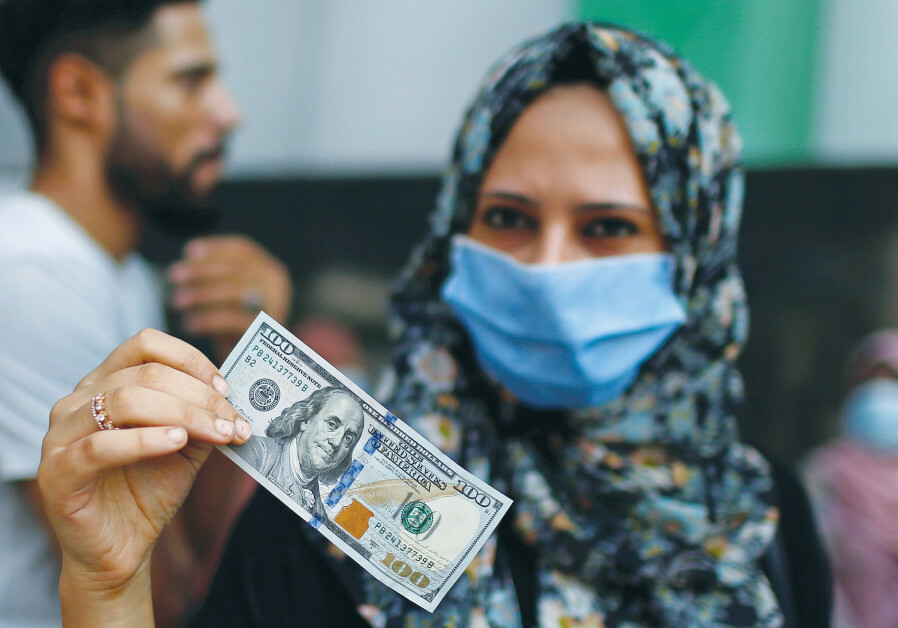 On September 11, The Jerusalem Post reported that the Palestinian Authority had withdrawn from a deal to transfer Qatari aid to its employees in the Gaza Strip.

According to Qatari officials, the retraction stems from the PA’s refusal to funnel the funds through banks belonging to the Palestinian Monetary Authority out of fear that this would expose it to lawsuits and allegations of supporting terrorism.

In essence, this is a tacit admission by the PA that foreign aid it receives is susceptible to mismanagement and diversion to terrorism.

This development raises questions about assurances by the international community and NGOs that their aid to Palestinians in the West Bank and Gaza will not be used to facilitate terrorism.

On August 19, a separate deal was reached wherein Qatar would provide roughly 100,000 Gazan families who were affected by the recent May escalation between Israel and Gaza with a $100 monthly stipend until the end of 2021. Based on available information, it appears the aid will be delivered through a convoluted process involving the UN, Palestinian banks, and reloadable debit cards.

At first, Hamas, the Palestinian terrorist group that rules Gaza, hailed the Qatari aid. But after reading the fine print, Hamas objected and instigated another round of violence, declaring that it will restore calm only when Israel lifts the “siege” of Gaza (which was implemented to prevent weapon smuggling and attacks against Israel’s Gaza border communities).

Hamas likely objects to the new Qatari funding mechanism because it would make it more difficult for its officials to take a major share, or to divert the resources to resupply its rocket arsenal and repair the command tunnels.

In June, Axios reported that Hamas leader Yahya Sinwar rejected a UN proposal to finance Gaza’s reconstruction using a new monitoring mechanism to prevent terrorist activity. Axios cited the contention of Western diplomats that Sinwar rejected the proposal because he would be unable to use the cash as he saw fit.

The concern that Hamas would continue to exploit humanitarian aid for terrorism is not without merit. Hamas routinely and successfully appeals to the international community to help the people of Gaza, and the money fails to reach its purported destination. A 2013 European Union report revealed that between 2008 and 2012, €1.95 billion worth of West Bank and Gaza aid was lost due to suspected corruption. In 2016, a World Vision official in charge of its Gaza aid activities was arrested and charged with diverting $50 million to Hamas.

Hamas is not the only malevolent actor to mix terrorism and aid. Palestinian NGOs linked to the Popular Front for the Liberation of Palestine have allegedly funneled millions from donor funds into terrorist frameworks.

As NGO Monitor’s detailed research demonstrates, at least 10 organizations are part of the PFLP network. On May 6, Israeli authorities announced the charges against three current and one former employee of Health Work Committees – an NGO that claims to provide health services to needy Palestinians. According to the Shin Bet (Israel Security Agency), HWC and other NGOs in the PFLP network defrauded European donors by “reporting fictitious projects, transferring false documents, forging and inflating invoices, diverting tenders, forging bank documents and signatures, reporting inflated salaries, etc.” The funds were transferred to the PFLP and used to pay terrorists, recruit new members, fund terrorist activity and disseminate its ideology.

HAMAS’S VIOLENT response to precautionary measures and the alleged fraudulent activity at HWC, World Vision, UNRWA and other NGOs and agencies underscore the need for a systemic overhaul in how international donors approach the Palestinian aid process.

Recognizing the need for such reform, NGO Monitor published a series of recommendations to prevent foreign aid diversion to Palestinian terrorist groups, including aid from nation-states, NGOs and international frameworks like the UN.

According to NGO Monitor, donors must demonstrate the capability and willingness to closely monitor the use of materials and resources they bring to Gaza – which would require a fundamental break with the previous lax behavior. Additionally, they would be obligated to commit at least 10% of their budget to train staff and implement monitoring mechanisms. Broad transparency measures would include quarterly reports on the amounts, types and destinations of the aid they distribute.

Of course, it is also vital to immediately halt funding to NGOs with proven links to terrorist groups.

The international community has the urgent task of correcting the failed practices that undermine transparency and accountability.

The revised Qatari aid plan leaves many issues unanswered. Which UN body has the expertise and credibility to monitor Gaza to assure the appropriate use of aid? Agencies on the ground – like UNRWA and OCHA – have long been characterized by corruption, bias, antisemitic employees, and links to terrorist groups. International NGOs, for their part, lack meaningful oversight mechanisms and the willingness to prevent aid misuse in Gaza.

Clearly, foreign aid for civilians is not the chief concern of Hamas and the human rights groups in the PFLP network. Rather, they aim to facilitate illegal terrorist activity and escape all consequences for their actions.

Until the international community drastically overhauls its oversight mechanisms for foreign aid, this misconduct is bound to continue.

The writer is the international relations and communications associate for NGO Monitor.