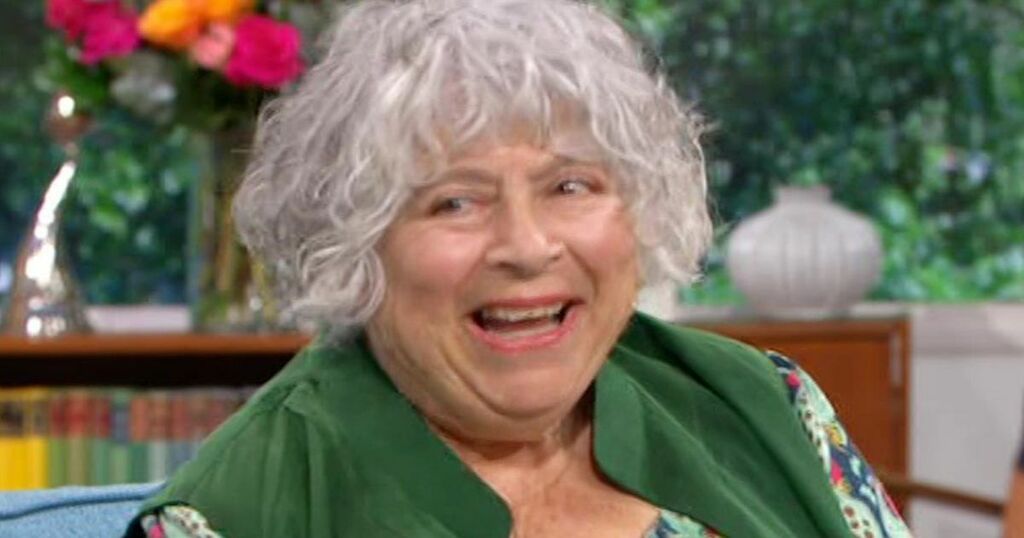 Miriam Margolyes revealed that she regretted coming out as gay to her parents years ago.

Appearing on Tuesday’s edition of This Morning, the Harry Potter actress spoke with hosts Holly Willoughby and Phillip about her new memoir This Much Is True.

During the discussion, Phillip asked about a passage in her memoir where Miriam claimed she felt bad about having come out as a lesbian to her parents.

Phillip said: “One of the things that you regret, which I thought was really sad when I saw that, is that you came out to your parents and then it wasn’t long after that your mum had a stroke.”

Miriam said to Phillip: “I always felt guilty about that, I mean you’ve been very brave, you came out.

Phillip, who came out as gay live on This Morning last year, asked: "Did you?"

Miriam continued: "...you know when I met you because you’re a bit camp.”

Miriam added: “I suppose I’m a bit camp too.”

“I think most people in telly are a bit camp if I’m honest,” commented a smiling Phillip.

“I think they are,” agreed Miriam, as Holly voiced her agreement.

She then asked Holly: “Are you camp?”

Phillip agreed that she was and Holly said: “Completely. I hope so!”

“If people can be, I’ll tick them,” laughed Miriam.

Discussing coming out to her mother, Miriam said her mum “couldn’t handle it” and that it was “too much for her”.

She added: “That’s why I say people shouldn't come out to people who can’t handle it. It’s tough to keep it in because I want to share, and when I fell in love I wanted to tell everybody that I was in love.

“And [me and partner Heather Sutherland] been together for 53 years!”

Miriam revealed that the book covers how she discusses being gay, Jewish and “fat” in her new book.

Discussing how her body has changed over the years, she then said to Phillip: “Your areas don’t descend or do they?”

This prompted further laughs from Phillip and Holly as they discussed the effects of gravity.

*This Morning airs on weekdays from 10am on ITV and ITV Hub.