The much-awaited Maharashtra cabinet led by Chief Minister Eknath Shinde has been expanded on Tuesday, more than five weeks after the new government was sworn in on June 30 this year. Governor Bhagat Singh Koshyari administered the oath of office to 18 MLAs as Maharashtra minister today. Read more here

After the resignation of ex-JD-U leader RCP Singh amid allegations of irregular land transactions by his family members, the tussle of power between JD-U and BJP is completely visible and according to some reports senior JD-U leaders, including Nitish Kumar, have been in the party meetings for the past 24 hours and will conduct a major meeting on August 9 to decide if they will remain in government with BJP. Read more here

Nearly 85% of children in India are victims of cyberbullying (or have cyberbullied someone else) at rates that are nearly twice as high as the global average, according to a new study. Cybersecurity company McAfee's report, "Cyberbullying in Plain Sight", is based on a survey of 11,687 parents and their children from 10 different countries that was performed between June 15 and July 5. Read more here

Muharram processions: These Mumbai roads will be closed for vehicular movement

Mumbai Traffic Police has informed that a number of roads will be closed because of Muharram processions. Read more here

Oil marketing company Indian Oil Corporation (IOC)'s board of directors in its meeting held on May 17, 2022 had recommended a final dividend for financial year 2021-22 and the record date for the same is this week on Friday, August 12, 2022. Read more here

Snapchat is planning employee layoffs in the organization, according to the Verge as quoted by news agency Reuters, citing that people are familier with the plans. However, the report added that the scope of layoffs is currently unclear as the planning is still under process by the managers for their teams. Read more here

WhatsApp has introduced multiple new features for its users. One such feature is the ability to delete unwanted messages or those sent by mistake. Currently, users can delete such messages within up to 68 minutes. The Meta-owned instant messaging app is now increasing this time limit to over 2 days. Announcing the new time limit via a post on Twitter, the company writes “Rethinking your message? Now you’ll have a little over 2 days to delete your messages from your chats after you hit send." Read more here

Layoff wave: Startups failing in India? How entrepreneurs can evade the collapse

India has around 75,000 startups and 7.46 lakh jobs have been created by the Indian startup ecosystem so far, Union Minister Piyush Goyal had recently said this. "These numbers tell the power of a vision. A vision to see innovation & enterprise drive growth," Goyal had tweeted. Read more here

Ending the two-and-a-half months of the gap in the initial public offering (IPO) market, electronic manufacturing services firm Syrma SGS Technology will be launching its public issue this week on Friday, August 12, 2022. Companies were not taking the IPO route for fundraising in the past few months due to the volatility in the markets. Read more here

Federal Bureau of Investigation(FBI) on Monday searched the Mar-a-Lago estate of former US President Donald Trump in connection with an investigation on whether he took classified documents with him when he left the white house in 2020. Read more here 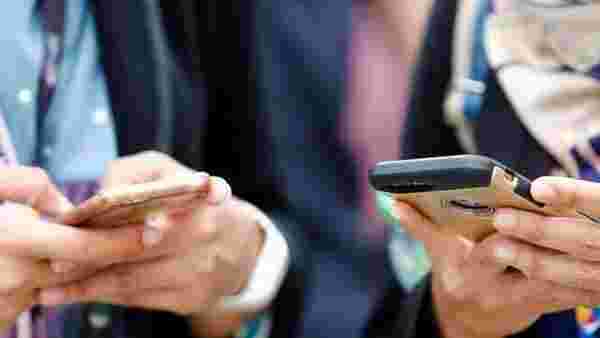 Livemint
From analysis to the latest developments in health, read the most diverse news in one place.
Syrma share sale to offer cues for IPO fence-sitters

Livemint
India biggest hub for cyberbullying among children - here's why

Racism, sexual harassment, insults to one's character and trolling are all examples of cyberbullying, which is the act of abusing…

Ahead of market opening read top business news, equity market precursors, and economic and banking news updates from India and…

The Hindu
One place to find news on any topic, from hundreds of sites.
Social Media: WhatsApp will now give upto two days to users to delete a message

According to The Verge, to start using the new feature right now, open up the WhatsApp group or individual chat…