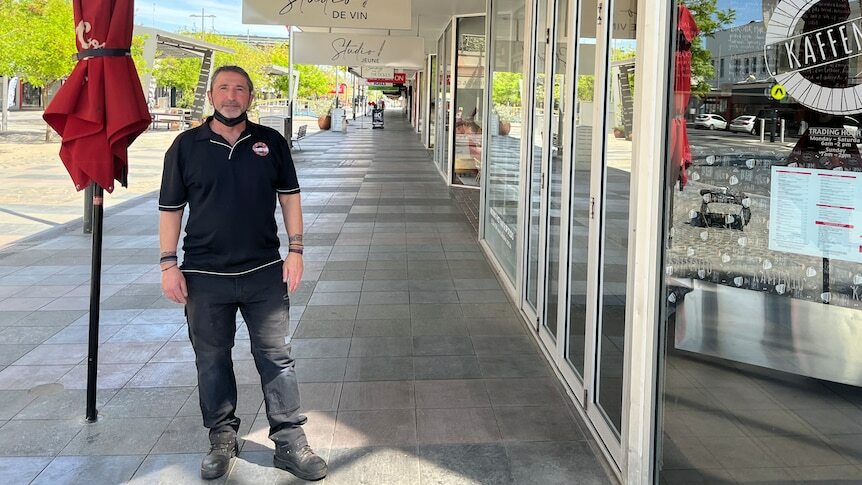 Mildura has recorded 20 new cases of coronavirus today, bringing the total number of active cases in the municipality to 37.

The municipality had one case a week ago, nine on Friday morning, and three more reported on Friday afternoon.

Across the border in New South Wales, the Far West Local Health District has reported six new cases and they are all in Dareton, which is just 25 kilometres from Mildura.

Four are household contacts and two cases are under investigation.

Victorian Health Department deputy secretary Kate Matson said the new cases were spread across multiple households and there were links to New South Wales. Ms Matson said the spread of the virus was concerning.

"We believe there may be additional cases out there yet that we have not found," she said.

Anyone with symptoms is urged to come forward for testing as soon as possible, as well as with those who have been contacted by the local public health unit or the Department of Health because they've been in contact with a confirmed case.

The municipality is in the first day of a seven-day lockdown announced late yesterday afternoon.

Ms Matson acknowledged how little time residents had to prepare for the lockdown, which started at midnight.

"If there was any inconvenience caused by our late notice we do apologise for that, but we will never apologise for taking the right public health actions to protect Victoria and Victoria's community and in this instance the community in the Mildura area," she said.

"The short lockdown will help us get our arms around the outbreak and ensure hopefully that Mildura can return to the same settings as regional Victoria in another seven days."

Residents will spend the week under the same rules as locked-down Melbourne, but with no curfew.

Despite staying open to sell takeaway food and coffee, business was slow today for John Kimerlis at his cafe in Mildura's city centre.

He was sad when the lockdown was announced last night because the community was only given six hours' notice.

"We already had prepared for the weekend," he said.

"To safeguard everybody I think it was needed, but we are all frustrated and we just have to soldier on and keep going."

"We're being contacted via Facebook and our social media platforms for families that don't want to breach the isolation requirement and don't want to have to go to the supermarkets, so we're trying to address that demand," she said.

Mildura Rural City Council has supplied the packs but MDAS has topped them up with fresh bread, milk, meat, fruit and vegetables.

"At the moment we're able to meet demand. We'll see how that goes in the weeks coming," Ms Turfrey said.

She said people were scared for their health as well as their families, especially young children and those who couldn't be vaccinated because they were immunocompromised.

Ms Turfrey welcomed the lockdown for the wider Mildura community, but expects it will cause issues in the Aboriginal community.

"Typically our housing is overcrowded because there isn't enough supply available, so we have a lot of households that have multiple adult groupings with multiple children groupings and that just increases the risk of spread," she said.

"We are working with the Department of Families, Fairness and Housing to try and source different accommodation options, so affected family members have somewhere else to go rather than back home."

Mildura hospital ready for cases in adults and children

Mildura Base Public Hospital has established adult and paediatric wards for people suspected of having COVID.

Several schools in Mildura and across the Murray River in New South Wales were closed on Friday.

"This is not just a virus of the aged or the elderly, this is certainly choosing all age brackets," the hospital's chief executive officer Terry Welch said.

The hospital usually supports five-to-10 people through its Hospital in the Home program but plans are in place for 50 people and it can be scaled up if needed.

"As has been seen elsewhere, people do need acute admission, some become extremely unwell to the point of needing ventilation, others can manage at home really well with some care and support," Mr Welch said.

Forty staff from the hospital are furloughed and Mr Welch said that had created some pressure.

Some clinics have been stopped or reduced so staff can be moved around.

Mr Welch said he wouldn't enter the debate about whether the lockdown was necessary.

"The lockdown is aimed at slowing the spread of the virus, taking the pressure off us as a health service as cases grow," he said.

"I'm going to support this decision and just keep focusing on our hospital being able to give care."