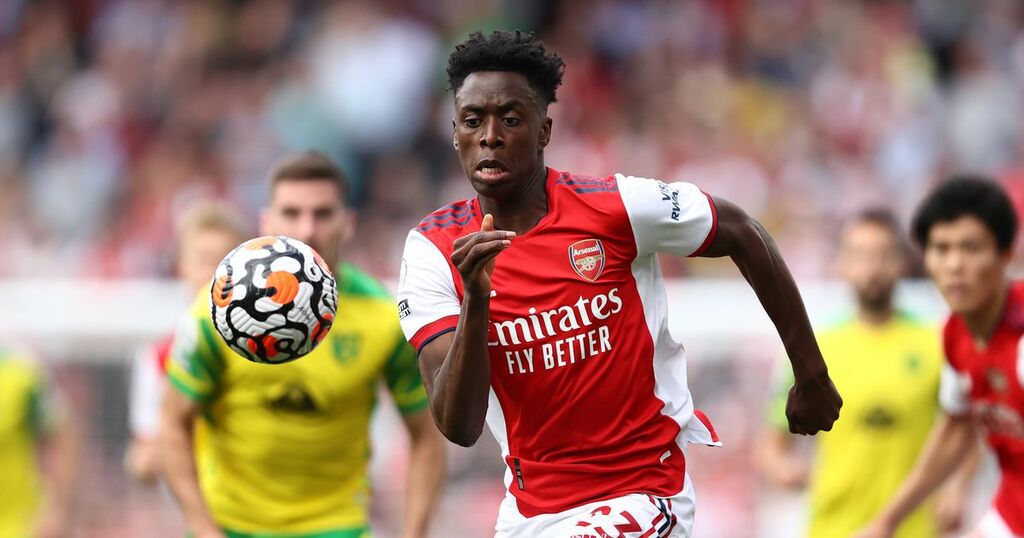 Since signing for Arsenal in the summer transfer window Albert Sambi Lokonga has been the subject of rave reviews.

At just 21-years-old the Belgian has featured heavily for Arsenal this season and has been one of the only bright sparks in what has been a disappointing start to the season.

In his first few appearances for Arsenal its clear that his qualities are guided towards his passing and controlling of the tempo – almost similar to Paul Pogba.

However in the match against Norwich on Saturday evening the Belgian unlocked a versatility trait which Arsenal fans were not aware believe he possessed.

Alongside making 52 passes which was the most out of any player on the pitch, Sambi Lokonga also recorded the joint most tackles in the game as he succeeded doing this five times.

It is even more impressive when you consider the fact that he only played 62 minutes before being substituted for Thomas Partey.

Arsenal were without Granit Xhaka and Thomas Partey who it can be argued is Arteta’s first choice midfield pivot.

Ainsley Maitland-Niles started in place of the absentees and he is a player that hasn’t frequently featured in this position.

With Sambi Lokonga making the most passes and the most tackles it showed how he took the initiative to put the midfield on his back and dominate the midfield which he did as the Gunners had a recorded 52% possession.

The North London side also recorded 30 shots in the match, which is the most under Arteta and the most in a Premier League game since 2017 when Manchester United defeated Arsenal.

The fact we were able to achieve these stats shows Sambi Lokonga’s dominance on the pitch alongside his versatility.

Having this quality on both ends of the pitch will strengthen his chances to play more matches this season because it allows to him play in a pivot with several central midfielders who have a different style of play.

Arteta has opted for a 4-3-2-1 formation in three out of the four Premier League games this season, so this suits the 21-year-old perfectly who undoubtedly is on his way to becoming a fan favourite.

Performances such as the game against Norwich will make it hard for the Arsenal boss to leave him out of the side when Granit Xhaka returns from suspension.