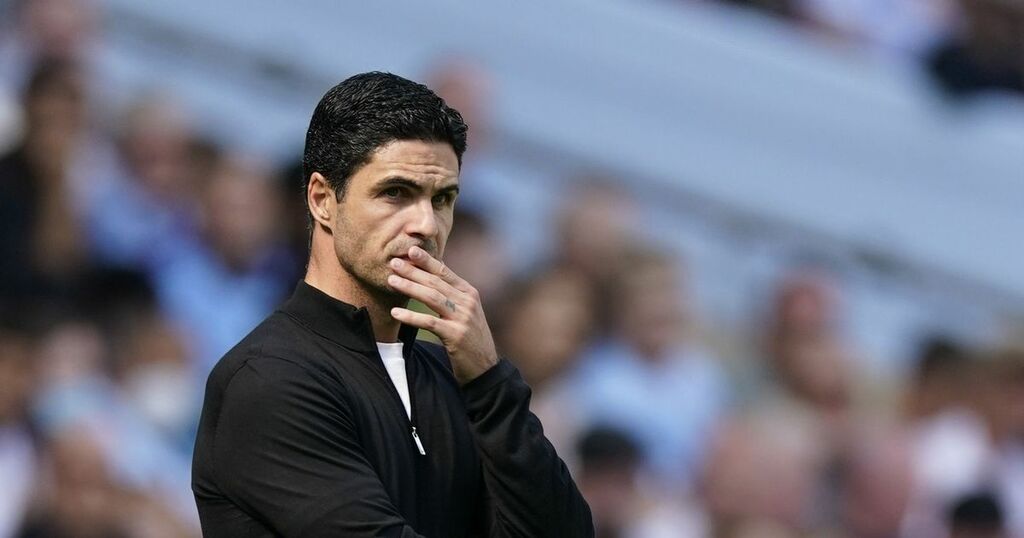 Mikel Arteta could turn around Arsenal's awful start to the season with the help of a wonder kid once wanted by Barcelona.

The Gunners host Norwich on Saturday with Arteta under pressure after his side lost their opening three Premier League games without scoring a goal.

There was a glimmer of hope as Arsenal thrashed West Brom 6-0 in the Carabao Cup, although that was against a second-string Baggies outfit and came just days before a 5-0 drubbing by Manchester City.

Nevertheless, the win at the Hawthorns set Arteta's side on the road to potential silverware, and a trophy would certainly help as the manager looks to prove he can lead the North London club into the future.

Next up in the competition is a third-round clash at home to AFC Wimbledon - and Charlie Patino could be handed a chance to impress after the promising youngster impressed in the EFL Trophy on Tuesday night.

Rated as one of the most exciting prospects at Arsenal's Hale End academy, the 17-year-old midfielder has been training regularly with the first team at Colney, and was handed the captain's armband as the under-21s took on Swindon on Tuesday night.

The young Gunners lost 2-1, but Patino caught the eye from the early stages when he almost created an opener, only for striker Mika Biereth to hit the post after being fed by his skipper.

Patino went on to pull the strings in midfield, always making himself available for the ball and impressing with his distribution, reports Football London.

His influence was perhaps shown by the fact that he had several fouls committed against him, with the youngster's performance surely putting him in contention for the visit of Wimbledon on September 22.

Arsenal scout Brian Stapleton recently described Patino as "the best kid I’ve ever seen" in an interview with Goal, hailing his awareness on the pitch and his ability to play defence-splitting passes.

And the Spanish Football Federation are also keeping an eye on him, with the teenager also having been on Barcelona's radar.

Patino's dad Jules is from Spain, making him eligible to play for La Roja, and the youngster has said he would like to play in La Liga one day.

However, he has also been hooked by Arsenal's Spanish connection.

Who is the best young player at Arsenal? Have your say in the comments below

“My dad supports Deportivo La Coruna because he grew up in Spain,” Patino told Arsenal.com . “Maybe one day I could play for them too!

“I’ve always had an appreciation for that Spanish style of play.

“Growing up I adored Santi Cazorla as a player. Cesc Fabregas and Mikel Arteta were some of my favourites too. But there’s something about Santi for me and the qualities that he had – he was something else.”

Arsenal have missed midfielders of the kind of quality possessed by Patino's idols, with their current struggles in the engine room well documented.

But Patino will hope to show against Wimbledon that can offer Arteta and Arsenal a brighter future.