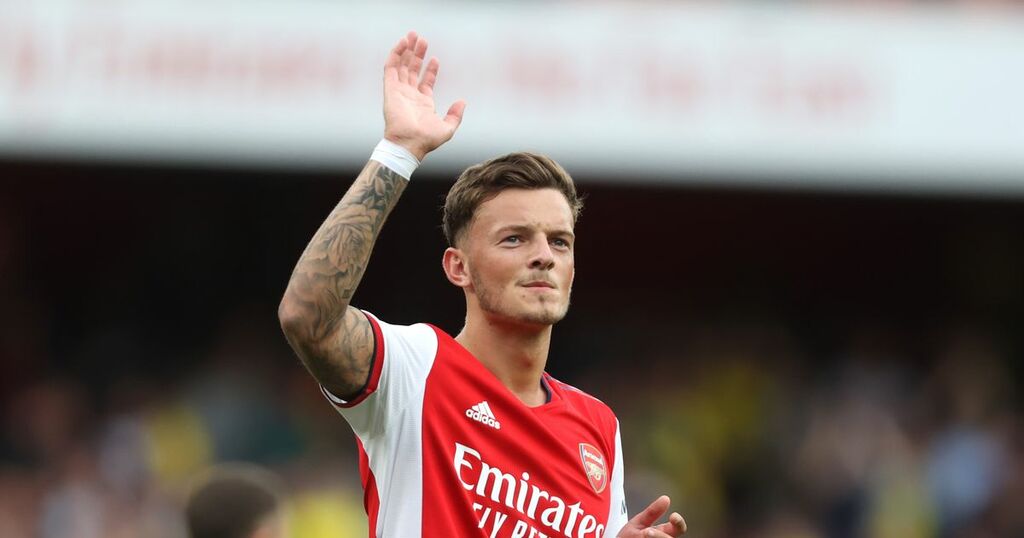 All eyes were on Ben White as Arsenal rediscovered the winning feeling in the Premier League at the weekend.

Against Norwich City, the £50m summer signing from Brighton and Hove Albion was making just his second appearance of the season as a positive Covid-19 test caused him to miss defeats against Chelsea and Manchester City as well as the Carabao Cup second-round win over West Brom.

Partnered by Gabriel Magalhaes at the heart of the Gunners defence, fans were encouraged by the fact that the pair were able to help record a first clean sheet in the Premier League this term.

But there was another aspect of White's game that stood out on his Arsenal Emirates Stadium debut.

As revealed by fbref, White completed three key passes against Norwich which really did help Arsenal sustain a number of attacks, especially in the opening 25 minutes.

After all, the 23-year-old's ability on the ball is what made him a top priority for Gunners boss Mikel Arteta and technical director Edu during the summer transfer window.

"Ben was a top target for us and it’s great that we’ve completed his signing," Arteta admitted. "Ben is an intelligent defender who is very comfortable with the ball at his feet and his style fits perfectly with us.

"And of course, he is still young, so his age and profile fits with what we are building here. We are all looking forward to Ben being central to our future long-term plans."

"Ben has been a key target this summer. He has so many qualities which make us so excited he’s joining us," the Brazilian added. "Ben’s a young English player with a great future. He’s very strong defensively, good on the ball with a great passing range. We’re delighted Ben’s signed and we look forward to him growing with us."

White's arrival coincided with the departure of David Luiz, who left Arsenal on a free transfer when his contract expired at the end of June following two years in west London.

As a result, there have been some big shoes for White to fill.

During David Luiz's tenure and particularly under Arteta, the Gunners always looked to the Brazilian to initiate their attacks from the right-hand channel, as he was tasked with playing through opposition lines and getting the ball to the attacking players in dangerous areas.

This responsibility has fallen on White this season and he has already shown that he is ready to take over the mantle.

His three key passes in one game alone mean he has completed more key passes than David Luiz (2) managed for Arsenal in the Premier League across the entirety of last season.

In fact, Luiz completed four across all competitions last term which means White is just one more key pass away from matching that record which would be some feat so early into his Arsenal career.

Of course, there's still a lot more for White to do if he's to be as successful as Luiz has been during his time in England and there are improvements to his game that need to be made.

But with the ball at his feet, he is already proving to be a worthy signing.

If the reason behind Arteta and Edu splashing £50million on White was to discover the perfect David Luiz replacement then the Norwich game suggests they are well on their way.