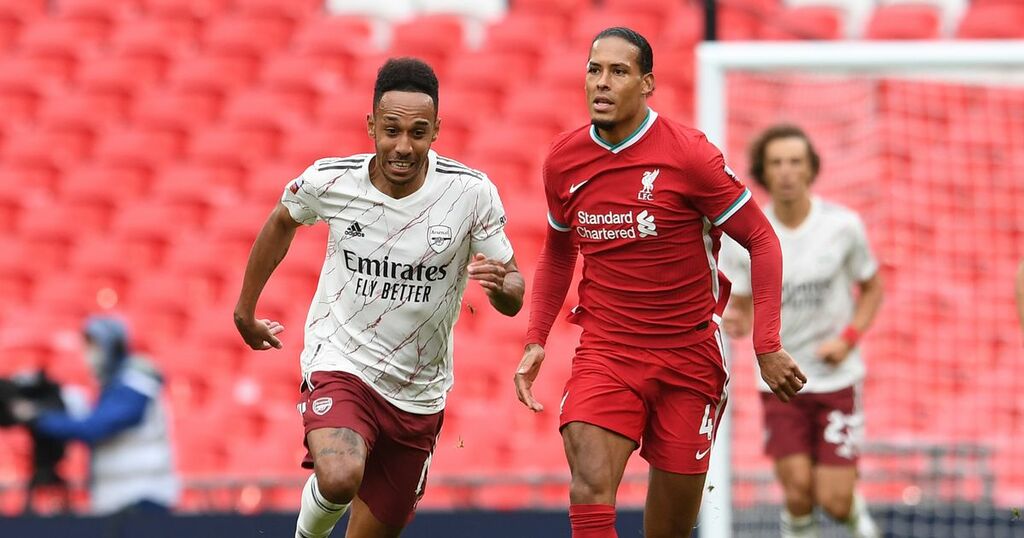 In 2020, Mikel Arteta raved and revelled in the deftness of Virgil van Dijk's ability to beat a press with such ease and elegance by hurling diagonal lofted passes into wide spaces.

The Dutchman's meteor shower of celestial passes rewrote the Spaniard's blueprints at Arsenal, with the early signs of this plan shining through at the Emirates as the Gunners walked away 1-0 victors over Norwich on Saturday.

After a disappointing start to the Premier League season, the north Londoners were granted a wish from a shooting star and handed an international break to acclimatise their visions.

Arsenal had begun the season with various key members unavailable for selection disrupting the integration of Arteta's newest recruits, but with the transfer window now shut and several players returning, the Gunners' stars have started to align.

Gabriel united with Ben White in a competitive fixture for the first time, meanwhile the pair soldered relationships with Kieran Tierney at left-back, Takehiro Tomiyasu at right-back and the star-studded strike force.

White, who joined from Brighton over the summer for £50 million, emerged as Arteta's first and obvious step to making his van Dijk dream a reality.

Speaking in 2020, Arteta gave a first glimpse into what he was looking for from a new centre-half in what eventually became the former Seagulls defender.

"We tried to put them under as much pressure as we could but Van Dijk plays 60 yards to Salah and they are out," Arteta said.

"This is real quality and that is why they have spent the money they have."

White impressed on the south coast at the Seagulls with his finesse on, and delivery of, the ball making him one of the league's most sought-after defenders.

However, despite the 23-year-old's best efforts, Arteta understood that a player of van Dijk's pedigree isn't birthed overnight.

So, although White hit numbers on social media with a deliciously weighted pass to Nicolas Pepe on the right-wing that struck a resemblance to Mohamed Salah and van Dijk's combinations, the Gunners boss had to revaluate his blueprints by simply sharing water sprinkler passing role between a handful of candidates.

For the first time this season, a clear emphasis on a particular tactical framework prevailed with Gunners keen to move the ball forward quickly over long distances rather than shying away from the Hollywood pass.

A key cog in the system is also Aaron Ramsdale, who is a proficient short and, more importantly, long-range passer and is both comfortable under pressure and technically reliable.

The Englishman's calmness trickles up the field and subconsciously communicates a positive aura of arrogance allowing players to attempt the ambitious pass that without could see them dispossessed.

And the technique of his passes is much more refined compared with Leno who tends to lob his long passes high and with too much backspin.

Ramsdale, much like Van Dijk, has the ability to play driving long balls which cut through the air and quickly helps the team transition into attack.

As Arteta's players get more and more used to the tactic, here's hoping we can see the kind of flying transition that has become commonplace at Anfield, a bit more regularly at the Emirates this season.

Who would you play in Arsenal's back-four? And, after Ramsdale's positive display, would you start the former or Leno against Burnley?

Let us know in the comments below! Follow our The Arsenal Way trends writer - Jake - on Twitter to get involved in the discussion and give us your thoughts in the comments section below.