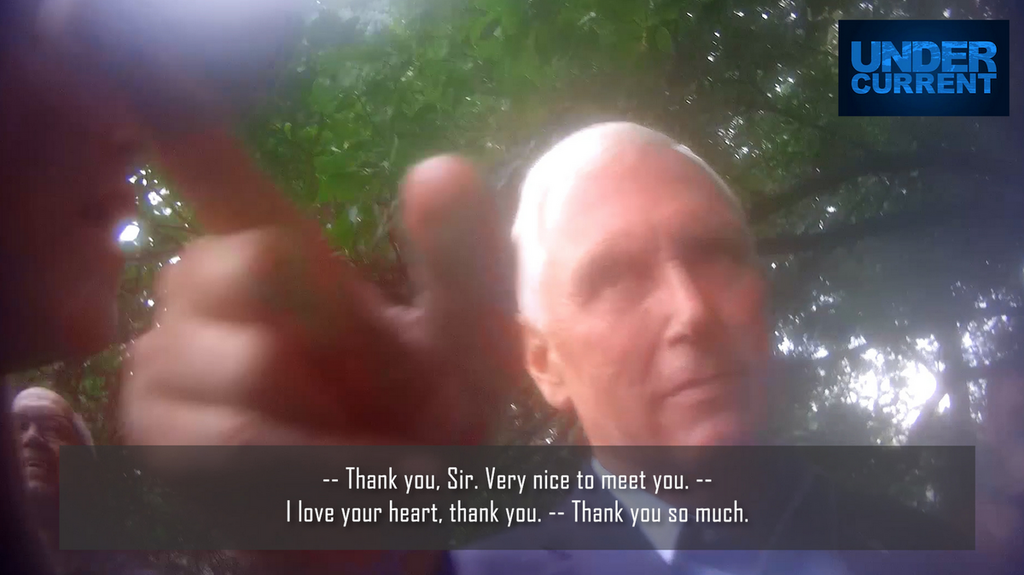 Mike Pence has been caught on film praising a woman posing as one of the January 6 US Capitol insurrectionists.

Progressive activist Lauren Windsor went undercover to approach Mr Pence at an event in Nebraska on Sunday and pressed him on why he hadn’t gone along with former President Donald Trump’s demands to refuse to certify the election results.

“We were there on January 6 and we were just wondering why you didn’t stop the election from being stolen,” Ms Windsor asks Mr Pence in the video posted to her Twitter account.

“Read the Constitution. The only authority Congress has is to open and count,” Mr Pence responds.

“The Electoral College votes are certified by the states. We never want Washington, D.C. to run our elections. States run the elections.”

“But do you think the election was stolen or not?” she asks.

“Because, I mean, we were there fighting for President Trump.”

Mr Pence concludes the brief exchange by saying: “Very nice to meet you. I love your heart.”

Ms Windsor, the creator of a political web-show The Undercurrent, has been likened to the liberal equivalent of far-right  provocateur James O’Keefe for her ability to get Republicans to say embarrassing statements when they think they are speaking to a supporter.

Mr Johnson, who has repeatedly questioned the results of the Presidential election and spread conspiracy theories about the Jan. 6 riot, told her there was “nothing obviously skewed about the results.”

The admission from Mr Johnson prompted a fierce backlash against him from supporters of Mr Trump’s.

She also caught Alabama Senator Tommy Tuberville saying in December that he would oppose the certification of the 2020 election results.

Speaking to The Daily Beast, Ms Windsor said she used undercover stings to expose the hypocrisy of GOP lawmakers.

“I think there’s just been an unprecedented ongoing threat to our democracy that undercover work helps to expose real intentions and motivations that you wouldn’t be able to otherwise capture,” she told the site.

Ms Windsor rejected comparisons to Mr O’Keefe, from the Project Veritas group, as her tactics only generally involve posing as a Republican supporter to speak to elected officials.