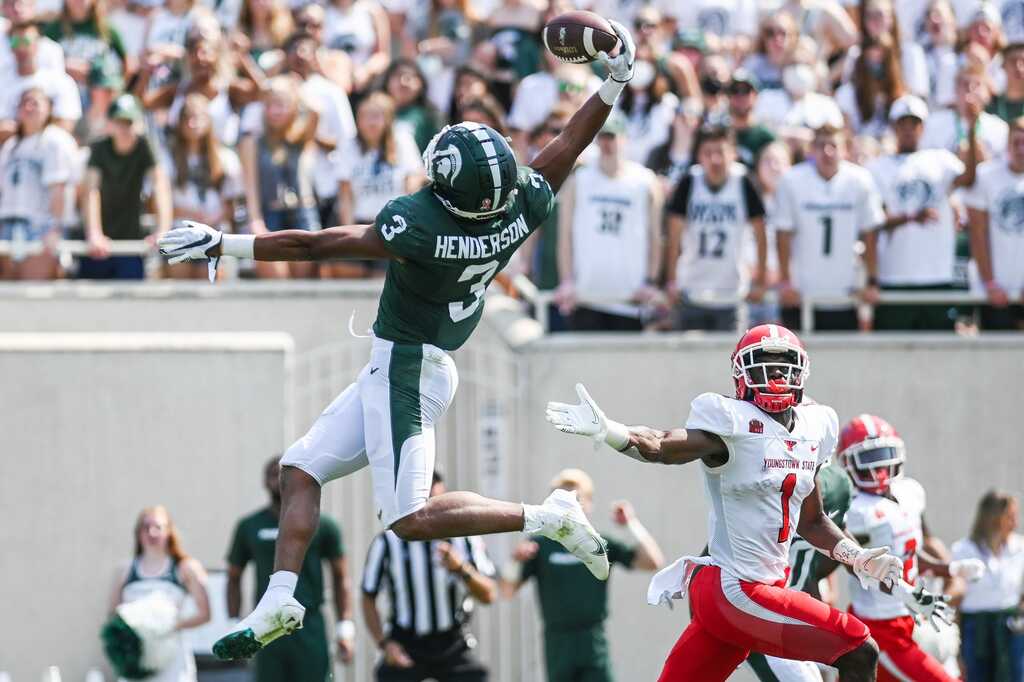 Michigan State football got out of the gates hot, on both sides of the ball throughout their 2-0 start in the 2021 campaign. There were a lot of questions heading into the season, but Xavier Henderson was not one of them.

Xavier Henderson has been one of the most consistent defenders on the Michigan State defense throughout his time in East Lansing.

Henderson’s consistency and production is finall getting recognized, as he has been graded by Pro Football Focus (PFF) as the No. 1 safety in the country through week two.

Henderson will continue to lead the Spartans in what they hope is a successful season.