How Michael K Williams got facial scar, famous ex and his tragic death 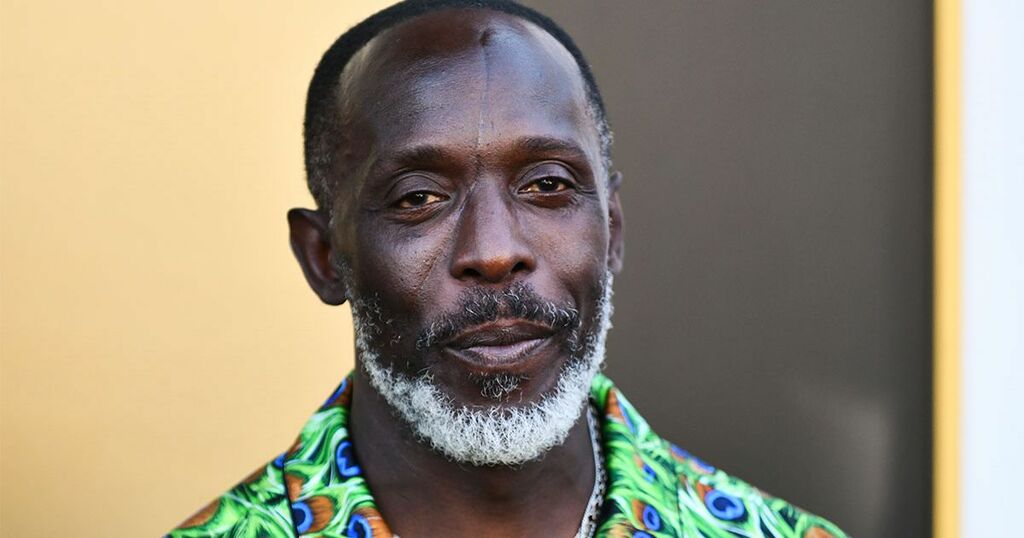 Tributes have been paid to Michael K Williams who has died at the age of 54.

The widely respected and well-loved actor made a name for himself in esteemed shows including The Wire, where he played Omar Little, and Boardwalk Empire, where he starred as Albert 'Chalky' White.

During his illustrious acting career, Williams was nominated for several Emmy Awards and won a host of admirers, including former US President Barack Obama who once described his Wire character as his favourite on the hit show.

Following the shock news of Williams' death this week, Isia Whitlock Jr, who played Senator Davis in The Wire, described him as 'one of the nicest brothers on the planet with the biggest heart. An amazing actor and soul."

Williams was born in Brooklyn, New York to a Bahamian mother and American father.

After getting into trouble as a youth, Williams enrolled at the National Black Theatre in New York City.

Against the wishes of his family, Williams started his career as a dancer.

He spent a year intermittently homeless while knocking on the doors of record labels and dance studios in pursuit of work.

His breakthrough came he was hired as a background dancer for US singer Kym Sims.

The roles then snowballed with Williams going on to perform with the biggest names in the business from George Michael to Missy Elliot and Madonna.

Recalling his early success, Williams said: "I was angry and I had a lot of energy.

"It was such an outlet. I was not the best dancer, you know, by far, but I was definitely the most passionate. I always had this energy. You always felt me whether I was in sync or not with the other guys," he told the Associated Press in 2018.

One of his earliest acting roles came in 1996 when he starred alongside Tupac Shakur in the movie Bullet.

Shakur handpicked Williams himself for the role after spotting a polaroid photo of him in a production studio.

Williams was instantly recognisable for the distinct scar running down the length of his face.

He gained the permanent mark while celebrating his 25th birthday in Queen's, New York.

“I saw that two of my other friends were being surrounded by some dudes who I didn’t know and it looked like they were about to get jumped,” he told National Public Radio in 2014.

Williams said that 'this one dude kept pacing behind me'.

“And the dude wiped his hand across his mouth and just – what I thought appeared to be – smacked me, but what he did was he spit a razor,” Willams added.

“He was positioning the razor in his mouth to get between his middle finger and his ring finger, and then he just went – swiped me down my face, and this cut my face.

“It was actually the first hit of the fight. So we managed to escape with our lives, barely, that night.”

Williams' greatest success came in crime drama The Wire, which ran between 2002 and 2008.

He later admitted that he struggled to adjust to life following the show's incredible popularity.

Speaking to The Guardian, Williams said he used his role as Omar as 'means of escape'.

"Now I don’t use my job as a way to define me: it’s what I do, not who I am. I have that understanding now," he explained.

Williams used his fame to branch into charity work, producing special reports for Vice News on the US prison system and working with a New Jersey charity on rehabilitating prisoners going back to the outside world.

While the actor liked to keep his private life to himself, he was linked to fellow actor Tasha Smith, 48.

She also starred in the hit series Empire.

Rumours about Williams and Smith started when the actress posted a snap of them together in May 2019.

"Nothing makes me happier!!! The love of my life. This man gives me goose bumps!!!!" she gushed.

Smith then posted more pictures of them in December 2020 in a special birthday tribute.

"Sending a big happy birthday to my brother, #bff, friend, ride or die, always been there and will be! Love you baby! The Best is Yet To Come!!! God knows what He's doing! Live your life to the fullest and let God use you to the MAX!!! You always put a smile on my face!!!!" Smith wrote.

The Wire actor then shared the same snap to his page and wrote: "I say word is born cause what I speak I manifest #lawofattraction."

Smith is yet to speak on the loss of Williams.

The actor was the father of one son, Elijah Anderson.

It is not clear who Elijah's mother is or how old he is as his famous father preferred to keep him out of the public eye.

In June Williams posted a rare photo with his son, which he captioned "I [heart emoji] U son."

On September 6, Williams was discovered dead in his Williamsburg, Brooklyn penthouse by his nephew.

No cause of death has been given though his passing is reportedly being investigated as a potential overdose after investigators found drug paraphernalia in the apartment.

NYPD officials said: “Michael was found dead by a relative around 2pm today at his Kent Avenue apartment in Brooklyn.

"He was alone when he was discovered. Illegal paraphernalia was found in the apartment.

"The medical examiner is currently investigating his cause of death.”