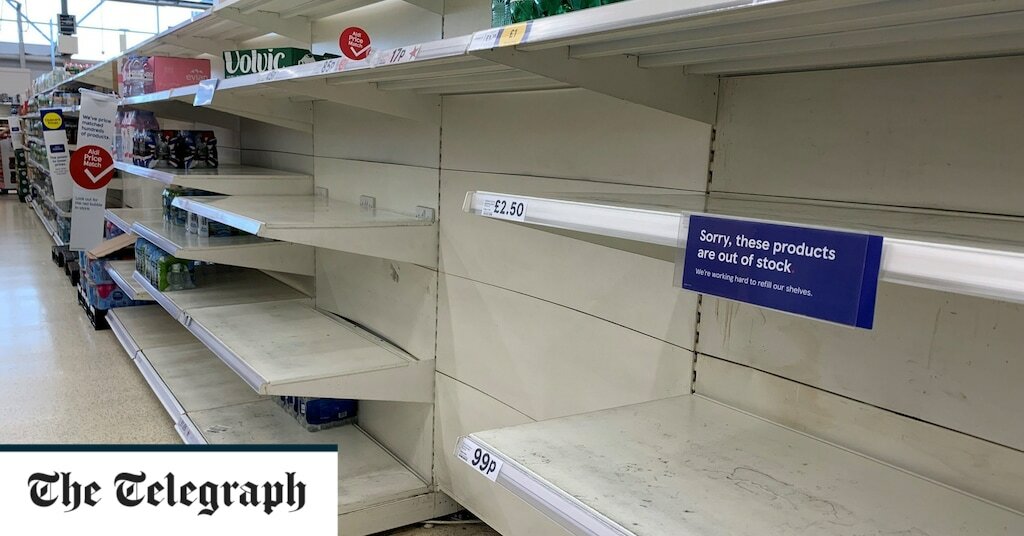 The Prime Minister has appointed Mr Gove to lead a cross-governmental committee responsible for dealing with the problems that have led to shortages in supermarkets and retail across the country.

The Chancellor of the Duchy of Lancaster took on a similar role from managing no-deal planning, as well as developing vaccine passports.

Industry leaders have previously warned that people should prepare for permanent shortages in supermarkets if issues around supply chains persist.

Archie Norman, Marks and Spencer’s chairman, told LBC this week that supermarkets were facing a “perfect storm”, adding it was going to be a “bumpy ride” before Christmas.

According to The Times, Boris Johnson joked at Monday's Cabinet meeting that the move was because he “didn’t want to have to cancel Christmas again”.

It was reported that the group will look at increasing the number of HGV drivers and work with food suppliers to solve the problem.

The National Economic Recovery Taskforce (Logistics), will co-ordinate across Government departments, and is thought to run along similar lines to the no-deal Brexit preparations.

The committee is expected to push for changes such as the licencing system for HGV drivers, which costs applicants more than £250.

Lord Frost, the Brexit minister, on Tuesday announced a further delay until next year of Brexit border controls on food entering Britain from Europe.