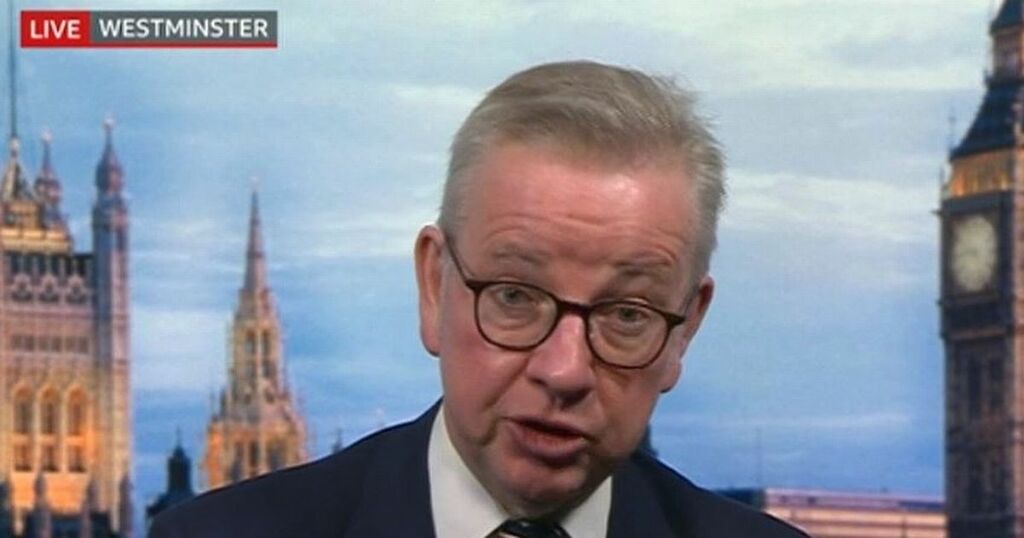 A BBC presenter has expressed concerns about Michael Gove’s wellbeing after a bizarre interview with the Tory minister.

The National (Scotland)
One subscription that gives you access to news from hundreds of sites
WATCH: Michael Gove goes haywire when asked about emergency budget

Whiteness is at the heart of racism in Britain – so why is it portrayed as a Black problem?
In 2020, two police officers in Hackney strip-searched a 15-year-old Black girl at her school. Police conducted the search of…

The Conversation
Read news from The Economist, FT, Bloomberg and more, with one subscription
Learn More
Election a chance to reset discovery research funding: Science groups

Newcastle Herald
From analysis to good news, read the world’s best news in one place
Deputy PM in Hunter for $5.5 million pledge, refuses to talk 'transition'

As a health warning on the dangers of taking illegal drugs it couldn’t have been improved. Quite who in No 10 decided Michael Gove was the right person to front the government’s morning media round was unclear. But it must have been someone willing to gamble that the minister for levelling up would be more impressive than most of his colleagues even if he was clearly off his head.

Unfortunately for the news anchors, they were rather obliged to take the overly chatty Gove seriously. It made for an excruciating couple of car crash hours of TV and radio. First he was asked if Downing Street being the most lawbreaking street in the UK during lockdown, along with Keir Starmer’s offer to resign if fined, meant that Boris Johnson should do the decent thing.

The Govester started spewing drivel. The Convict had worked extraordinarily hard during the pandemic and had got most of the big calls right (really?) so he deserved a break. Regular all-night parties were the least that the prime minister should have been allowed by a grateful nation. Boris was born to be indulged. Kay Burley tried to get a word in edgeways but Mikey was sure he was the most fascinating person in the room and just talked over her. Rushing on his run.

Even so, that proved to be the most sense Gove spoke all morning. Over on BBC Breakfast, he started speaking in silly voices. “Oh, Big News story in capital letters,” he said when asked why the Convict had insisted the government was going to do more on the cost of living if he hadn’t really meant it.

“Calm down, calm down,” he added, channelling Harry Enfield’s 1990s scousers in a terrible Liverpool accent, before wandering on to the set of Good Morning Britain where he happily contradicted himself. When he caught up with the Michael Gove who had once said that reducing VAT on fuel would help the less well-off, he would be sure to give him hell.

He ended his trail of destruction on the Today programme, where he said that the manifesto promise of building 300,000 new homes a year was a load of old bollocks. Far better to build just one that everyone liked rather than a whole load that most people were indifferent to. Thank you and good night. Or good morning. Whichever it was, it was hard to tell when you’ve been up all night. He stumbled off to have a lie-down, oblivious to the havoc he had caused.

Still, at least the Govester had the excuse that he had been completely out of it. Priti Patel merely proved she was naturally that stupid as she opened the second day of the Queen’s speech debate in the Commons. Though, like many naturally half-witted people, she harbours the belief that she’s actually very bright. So she smirked and patronised her way through what turned out to be a long litany of failure. Her speechwriter in the Home Office must be a secret Labour supporter.

Priti Vacant doesn’t do nuance. She only has one mode of engagement and that is to pick a fight. She’s as vicious as she is vacuous. So she kicked off by insisting that the Labour party were either all murderers, paedophiles and rapists or they had friends and family who were.

Having got her insults in early, she then got down to the nitty-gritty. Crime was up 18% and prosecutions were down 18%. So the government was clearly doing something right. Yvette Cooper, the shadow home secretary, several times tried to intervene to point out that Vacant had got the wrong end of the stick, to save her from embarrassing herself further. But Patel just waved her away imperiously.

“Beating crime is the plan to beat serious crime,” Vacant announced. Though she didn’t seem any the wiser how it would work. “We are going to stop people locking on to each other.” Everyone looked blank. Understandably.

She then went on to say she was going to spy on spies. Labour’s Holly Lynch wondered whether she might want to start with the Convict who had gone to Italy in 2018 to meet ex-KGB agent, Alexander Lebedev. Patel ignoredthat and talked up the bill of rights – AKA the bill of wrongs – which she hoped would prevent any kind of peaceful protest. People should just learn to be more grateful for everything the government was doing for them.

In reply, Cooper tried to explain to Vacant that she had just delivered a long suicide note on law and order on behalf of the government. This was too much for junior home office minister, Kit Malthouse, who said that some crimes had gone down last year.

Cooper gently reminded him that it would have been a surprise if fewer people hadn’t been out on the streets robbing one another during lockdown. But not to worry, the figures had reassuringly picked up in the last few months. Malthouse looked as if he might burst into tears. Working for one of the dimmest people in government can do that to you. Still, at least he could console himself he wasn’t as mindless as Tory Lee Anderson, who suggested food banks were a waste of space and that the poor would be better off in a chain gang. Vacant gave him the thumbs-up.

Over in Stockholm, the Convict was busy showing that he too embraced his government of all the talentless. As part of the new defence pact with Sweden, he happily signed up to an agreement that committed the UK to defending European institutions. From a prime minister who has undermined most European institutions and plans to ignore international law by triggering article 16. Anyone would think he hadn’t read the agreement he had just signed. Or was counting on no one else bothering to read the small print.

A BBC presenter has expressed concerns about Michael Gove’s wellbeing after a bizarre interview with the Tory minister.

The National (Scotland)
One subscription that gives you access to news from hundreds of sites
WATCH: Michael Gove goes haywire when asked about emergency budget