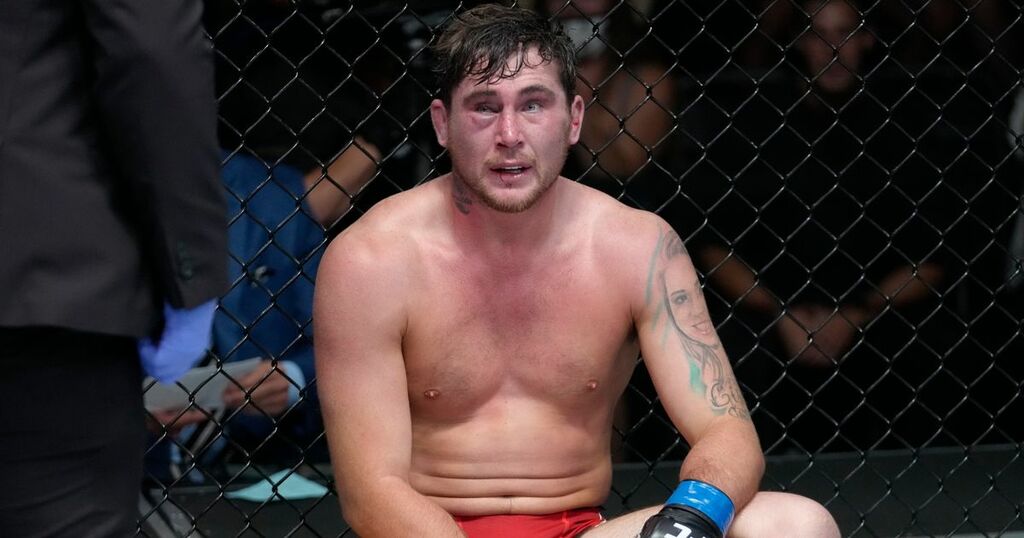 Michael Bisping has backed Darren Till to one day become a UFC champion in the future despite a disappointing flurry of results in his recent bouts.

Defeat to Derek Brunson in Las Vegas on Saturday took the recent record of the Liverpudlian to four defeats in his last five fights as he submitted in round three.

The 28-year-old's most recent defeats have come at middleweight, with a return to the welterweight division now being mooted for Till.

His recent poor record means Till is now facing an extremely difficult period in his career, but he still retains the support of Bisping.

BT Sport’s Adam Catterall tweeted: "There was plenty of times following @bisping career when we all thought it’s not meant to be, and look how that ended. I hope @darrentill2 takes strength from that."

"I just told him exactly that. He knows. He’ll be back and he’ll be the champ one day," Bisping replied.

The former fighter has also issued advice to Till to move return to the welterweight division after two defeats in two at middleweight.

He added: "I think perhaps a move back down to welterweight (is what he needs). When you look at Derek Brunson compared to him, Derek Brunson is a much bigger guy. I’m not talking height-wise.

"Height-wise, they’re very similar. But when you look at the frame – and with the frame and with that muscle, comes a lot of strength – certainly when you’re fighting guys like Derek Brunson when their whole M.O. is to take you down.

"Of course, technique comes into play. But a lot of what comes into play is strength. Once you get into these clinch positions … it comes down to power, and Derek kind of outmuscled him in those situations, as well."