The pitching ace took himself out of a start against the St.Louis Cardinals on Wednesday after feeling a "zing" in his side, hoping to avoid more serious injury.

On Thursday the Mets said an MRI exam showed a "moderate to high-grade internal oblique strain" that has an estimated recovery timeline of six to eight weeks.

It's another big blow to the Mets rotation.They were already without star pitcher Jacob deGrom, who is sidelined indefinitely with a stress reaction -- precursor to a stress fracture -- in his right scapula.

DeGrom is unlikely to return until July while his replacement in the rotation, Tylor Megill, is battling right biceps tendinitis.

Scherzer, who joined the Mets in the offseason on a three-year, $130 million contract, was 5-1 so far this season with a 2.54 earned run average.

While the Mets could have to pursue a pitcher from outside, Showalter indicated he'd rather avoid that if possible.

“The perfect world is you’re self-sustaining with your own people,” Showalter said.“There’s another opportunity for somebody to step up." 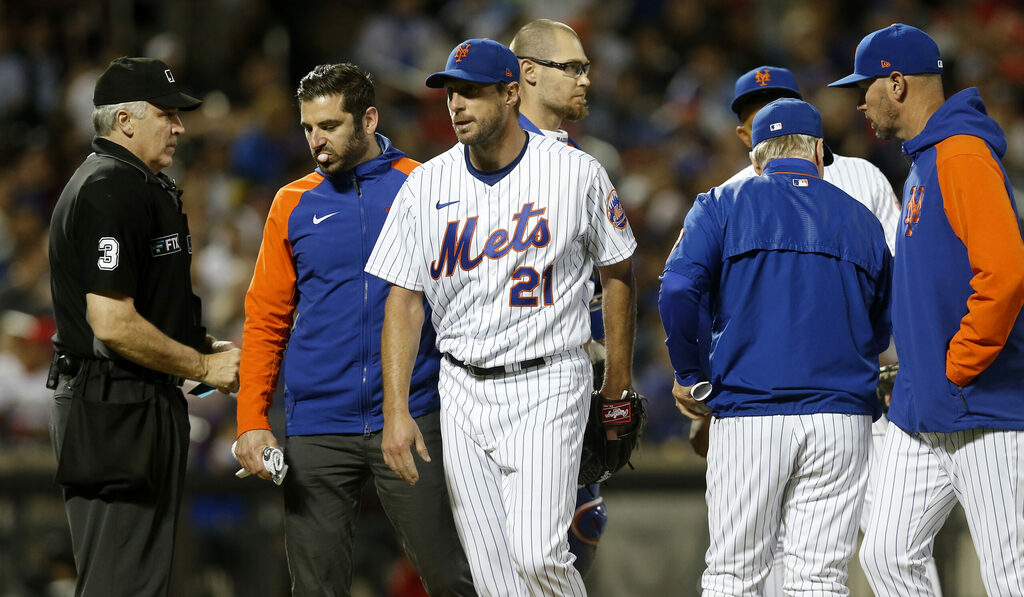 Max Scherzer suddenly took himself out of a Mets game and fans were concerned
Oh this isn't good...